Cardiff Airport's new Flybe routes to the UK and Europe

Tickets onboard Flybe’s new Cardiff flight routes begin to go on sale today. Here’s The Cardiffian’s verdict on each destination:

Steeped in nautical history, Belfast has the Titanic Museum and the SS Nomadic, the legendary vessel’s little sister. Visitors can walk the decks of the White Star Liner, which has been tenderly restored to its previous condition. She carried 274 passengers to her sister on April 10, 1912, before the Titanic famously struck an iceberg five days into her maiden voyage. Alternatively, visitors can explore Northern Ireland’s internal struggles, with a Black Taxi tour round the city.

The second most populated city in the Republic. Cork was once the centre of the resistance to English rule during the Irish Civil War. There are loads of architectural wonders, the Sin e pub and a wildlife park, among plenty more.

The big brother to Cork in population size. It holds Bloomsday every year, the celebration of James Joyce’s great modernist novel Ulysses. Take a copy, have a few pints of porter and lose yourself in laughter. For fans of GAA, a visit to Croke Park, or “Croker”, is a must.

Arthur’s Seat, the ancient peak that looms over historic Edinburgh

The best time to fly up to our other celtic cousins is in August, for the Fringe festival. All across the city, in large theatres and tiny pubs, there is stand-up, drama and music. Food and drink vendors are everywhere. Between shows, which can be attended with spontaneity and not booked in advance, there are the shops and Edinburgh Castle. It’s a very busy city.

The perfect base from which to explore Scotland’s distillery’s and art. This city is unique in its appearance and character, and sometimes gets a reputation it does not deserve. The people will do anything for you.

This is the gate to the Algarve, a classic British holidaymaker’s destination. There are endless beaches, bars, nightlife and a whole lot of sun spread all around Portugal’s Mediterranean coast.

Oktoberfest is a sensational time to visit. But Munich buzzes with activity at all times of year. Whether it is the Christmas markets in winter or the vast green spaces in summer (with a beer never too far away), it makes a great weekend. Or maybe longer.

Italy is everything it’s supposed to be – fashion, food, culture, conversation and a lasting obsession.

Lives up to its reputation. Paris is a place where you find yourself thinking quite quickly, “I could live here”. You can stay out long into the night in tiny bars, drinking wine and talking to locals. The city’s residents often get a reputation for rudeness, but once you sit down and engage with them they are as hospitable as any. You can also see the Mona Lisa anytime you wish or go to Disneyland.

A surprising getaway close to home. The usual British castles, but more European for its beaches. Just don’t try to use the Jersey pound back in St Mary’s Street.

The capital of the German state of North-Rhein Westphalia, Dusseldorf is a wealthy financial and business centre. Kratfwerk are natives of this city. Since 1823, it has held carnivals. The best time to experience these celebrations is around Rosenmontag, but they are held throughout the year. 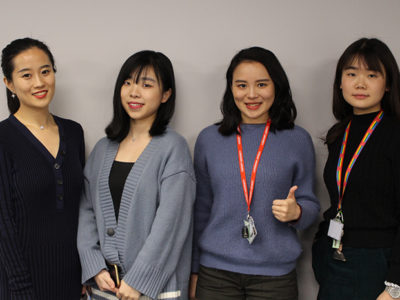