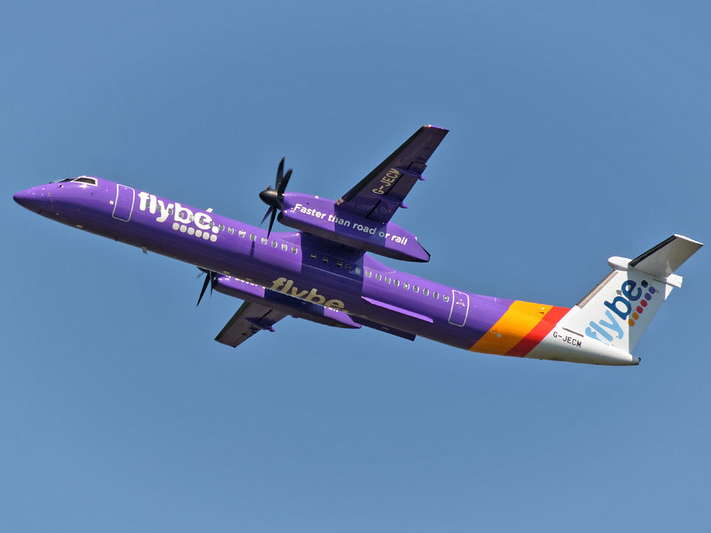 FLYBE’S collapse has left some rugby fans struggling to get to Cardiff for next week’s Six Nations match as their flights are cancelled.

The airline went into administration on Wednesday night, leaving no direct flights between Edinburgh and Cardiff.

Wales face Scotland at the Principality Stadium on Saturday March 14 and the collapse has hit Scottish fans hard.

Andrew Westcott, 26, from Peterhead in North-East Scotland, is travelling from Edinburgh to Cardiff via Bristol Airport next Friday. He originally had flights booked via Flybe.

On Wednesday – the day before Flybe went into administration – Andrew booked Easyjet flights for himself and his fiancée meaning he was ahead of the rush.

Four out of the nine Easyjet flights on Thursday March 12th and Friday 13th are fully booked.

The remaining tickets now cost £250 for a single leg of the journey – when according to Google Flights, typical prices for the round-trip would range between £45 and £150.

Other Scotland fans have been selling their tickets to the game after Flybe’s collapse.

Flybe, which flew from Cardiff Airport, went into administration on Wednesday night.

All its flights nationwide were cancelled immediately.

Scottish airline Loganair has announced it will take over the Cardiff-Edinburgh route from March 23, with an Embraer Regional Jet flying every day except Wednesdays.

It is taking over a total of 16 former Flybe routes from Scotland.

A Cardiff Airport spokesperson said that Loganair will have considered earlier dates, but that handling new flights was complicated.

“There are a lot of moving parts in getting an aircraft up to speed,” she said.

A Loganair spokesman said services would start as soon as logistically possible.

Jonathan Hinkles, Loganair’s chief executive, said in a statement: “The plan represents the outcome of several weeks of behind-the-scenes contingency planning work, during which we’ve evaluated many routes and aircraft.”

He said he was confident that the plans were robust and sustainable.

But some people who were meant to travel have made light of the situation.

One Twitter user went so far as rewriting a Lewis Capaldi song for a friend whose trip was cancelled.

Flybe, Wales Rugby Union and Scotland Rugby have been contacted for comment.

Cardiff airport, flybe, rugby, six nations
You may also like