All-British boy band, One Direction, has gone down to a four people’s act after member Zayn announced he was leaving

Thousands of tickets for One Direction’s June show in Cardiff have been put on auction websites like Viagogo for as much as £549, following the news Zayn Malik has left the band.

The site reported a 62 per cent spike in fans selling their tickets after the 22-year-old announced he was quitting. Following the high demand from fans, the band announced they would add an extra date to their June 6 Millennium Stadium show, which quickly sold out.

The second performance on June 5 went on sale in December, however the band may regret such optimism. Take That with Robbie Williams have been the only band to have played two nights at the stadium. Tickets ranged from £37.50 to £65, but many are now being flogged on auction websites for both tour dates.

Teen tickets for festivals such as the Isle of Wight festival went on sale for £145, and include over 50 acts so far with more to be announced. You could buy almost four tickets for the cost of Viagogo’s highest sale price.

Mr Malik left the X-Factor-formed boy band on Wednesday. Simon Cowell, who signed the act who finished third in the singing talent show, has appealed to fans to keep the faith, adding: “Sometimes strength is not defined by numbers.”

cardiff, millennium centre, One Direction, zayn
You may also like 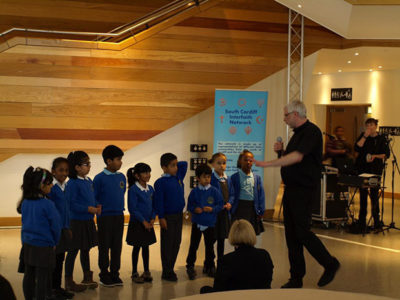