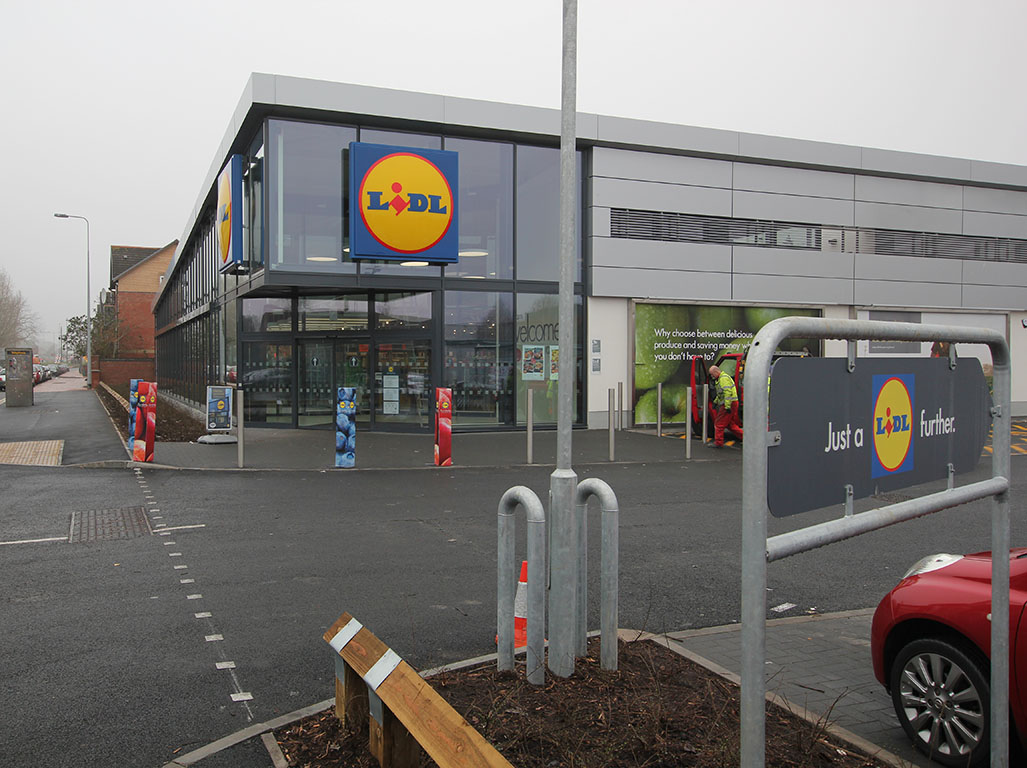 The Lidl on East Tyndall Street, which opened in December, has been criticised for its lack of Welsh signs.

A WELSH language campaign group has criticised Lidl’s failure to provide bilingual signs and checkouts in their new Cardiff store.

Cymdeithas yr Iaith Gymraeg’s comments come a week after two customers tweeted @LidlUK pointing out that there were very few bilingual signs around the Splott store and complaining that the self-service checkouts were in English only. Shaun Edwards, 29, and Nic James, 32, drew attention to the issue on Twitter

A spokesperson for the campaign group said: “Lidl have shown a complete disregard for the Welsh language. People should have the right to use Welsh and have fair access to the language in all aspects of life, and supermarkets operating in Wales have a duty to provide their services in Welsh.

“Bilingual signage and a Welsh language option on their self-service checkouts are pretty basic stuff. The solution is to bring supermarkets under the Welsh Language Measure 2011, requiring them by law to provide services in Welsh.”

Welsh was given equal status to English in Wales under the Welsh Language Act 1993, ensuring public bodies had to offer their services equally in both languages.

Businesses aren’t under the same legal obligation, but some maintain that supermarkets should still be expected to respect the equality of the two languages.

Nic James, 32, from Adamsdown, noticed the lack of Welsh during a visit to the store.

Mr James said: “Really, from a supermarket, I expect just full equality. Other store’s Welsh language provision is usually quite good. It’s better than it used to be. There has been an improvement.

Shaun Edwards, 29, also from Adamsdown, agrees that Welsh language use in supermarkets has improved in recent years. Mr Edwards said: “I worked for Tesco over ten years ago in 2005. Back then all of their signage outside and inside the store was all bilingual.” Tesco, Morrisons, Aldi and Co-op Food all use bilingual signs in their stores, car parks and petrol stations in Wales. Tesco and Morrisons both offer bilingual services at their self-service checkouts, with Morrisons introducing a “Iaith Gwaith/Working Welsh” badge scheme which helps customers find shop assistants who can communicate in Welsh.

In response to the criticism, Lidl said: “Lidl UK respects and embraces the Welsh language, encouraging our bilingual colleagues to speak Welsh with customers where possible. We are currently in the process of reviewing the signage in our Welsh stores, with a view to updating it in due course.”