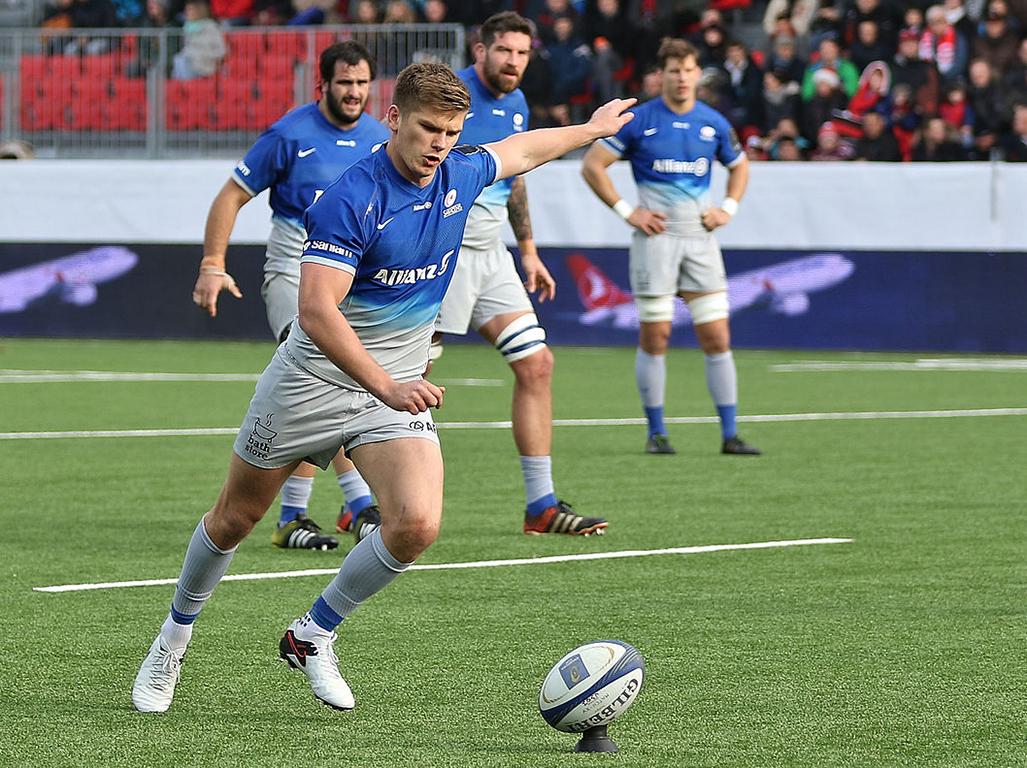 WITH the Six Nations just eight days away, The Cardiffian has trawled through the squads and brings you our team of the most exciting players to watch.

The Cardiffian’s choice for the Lions 15 jersey, Hogg at his best is one of the most scintillating runners in world rugby. A man who subscribes to the mantra of ‘Why kick the ball 60 yards when you could run it 60 yards?’ (Though his torpedo kicks are an excellent throwback to a bygone era.) His last Lions tour was ruined by his being used as a third-choice fly-half, but this time he’s good enough to be the 15.

A year ago, Seymour wouldn’t have been one of the first choices for a Six Nations XV or a Lions XV. All that has changed in a season where he scored six tries in his first two matches for Glasgow, including four in one match against Leinster. Also got his name on the scoresheet in Glasgow’s 43-0 win over Leicester at Welford Road. In short, the boy scores tries.

The 27-year-old made the move to Clermont over the summer where he has forged an excellent combination with Wesley Fofana at the summit of the Top 14. Were it not for the latter suffering a ruptured achilles against Exeter last weekend, the pair would likely have lined up together for their country. Tipping the scales at over 100kg, Lamerat offers a huge physical threat but showed against Exeter that he can mix it with the piano-players as well as the piano-movers. The fact Farrell is rumoured to be a candidate for the Lions captaincy – despite not being captain of his country – demonstrates the high regard in which he is held. As the fulcrum of England and Saracens sides that enjoyed fine seasons last year, Farrell’s rugby sense is second to none. Much-maligned as a kicking fly-half in his early years, he has shown he has the ability to run the ball with the best of them.

The Fiji-born speedster can be prone to the odd lapse in concentration (see the moment when he almost ran the ball dead when scoring against England on Super Saturday 2015). But Nakaitaci earned a recall to the national squad after a year-long absence to play against Australia and New Zealand last autumn. In the second of those matches, he beat more defenders and made more metres than any Kiwi (except for Beauden Barrett who ran for a huge 130 metres).

Three Glasgow backs in this team? Are we mad? No, because this Glasgow side is something special, and it is Russell who runs the show. The only bad thing about his game is that headband he always wears nowadays. The 24-year-old from Stirling is well placed to mount Scotland’s challenge for the title and put his name forward for the summer in the meantime. Conor Murray passes the ball away from the breakdown for Munster (Credit: Charlie)

If one moment embodied Ireland’s historic win over New Zealand in Chicago, it was Murray’s huge hit on Julian Savea to force the five-metre scrum from which Robbie Henshaw would score the final try. In Munster’s win over Glasgow in round five of the European Champions Cup, Murray was the target of some underhand tactics by the Scottish pack, but showed his class to guide his side to a 14-12 victory, even if he may have been concussed in the second-half.

The Northampton number eight is one of the most fearsome ball-carriers in world rugby. If France are to become a force on the world game again (something about never knowing which team will turn up springs to mind), Picamoles’ barnstorming yardage will be pivotal.

The Cardiffian’s favourite player walks into this team. This may be the first Six Nations where Tipuric starts as favourite to don the red seven jersey, with Warburton having relinquished the captaincy. The link work and handling ability of the Trebanos boy will be to the fore if Wales are successful in changing to a more attacking style of play.

Along with Farrell, Itoje is the most impressive English player of his generation. It’s amazing to think that a year ago he was deemed too inexperienced even to be on the bench for England’s opener with Scotland – now he is arguably a nailed-on starter for the Lions. Itoje will probably find himself wearing the six jersey due to England’s back-row troubles, and even though the second-row remains his best position, he can still do a job on the flank. The new Wales captain has assumed the role many think he should have held for years. The 105-cap veteran puts his body on the line and leads from the front week-in, week-out for the Ospreys and Wales. But everyone already knew that.

The 23-year-old Connacht man may miss the first round of the tournament, but he has impressed thus far in his cameos for the national side, playing a part in the wins over all three Southern Hemisphere giants last year. With Toner and Henderson among Joe Schmidt’s second-row options, Dillane may spend a lot of time on the bench, but you’ll know when he’s on the field.

The six-foot plus, 127kg prop moved from Toulon to La Rochelle during the summer, starring in the front-row as the southwestern side has risen to second in the Top 14 table. Boughanmi will have to displace Rabah Slimani and the equally massive Uini Atonio from the tighthead jersey, but we wouldn’t bet against him…to do anything, really. He’s just huge.

Taylor is unlikely to see a lot of action during the tournament, with captain Dylan Hartley and England’s best hooker (arguably) Jamie George also in the squad, but his dynamic performances for Wasps have demanded his selection in this side.

Genge seems like a thoroughly horrible bloke on a rugby field, which is the biggest compliment one can pay to a forward. The youngster has improved his ability to curb his natural temper, which can sometimes threaten to blow over, and provided he can stay on the field he’ll cause havoc in opposing defences.