Five U20 stars who can help Wales retain the Grand Slam 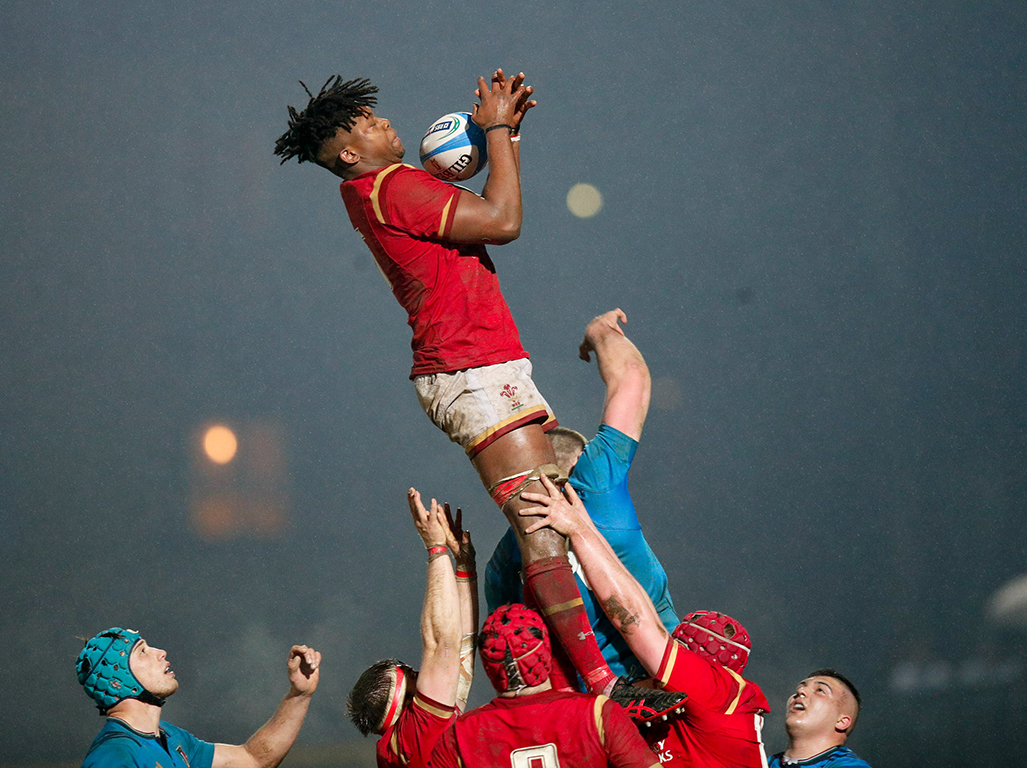 WALES U20s got their Grand Slam defence underway in fine fashion last weekend with a 27-5 win away to Italy.

Such is the nature of age-grade rugby that sides undergo a complete regeneration every two years, with form very difficult to judge going into each new season.

Jason Strange has assembled a particularly youthful squad, with Jared Rosser, Kieron Assiratti and Morgan Sieniawski the only survivors from last year’s unbeaten campaign to feature at Stadio Giovanni Mari.

In the fixture between the sides nine years ago, Wales ran out 33-13 winners with a side featuring Leigh Halfpenny, Jonathan Davies, Dan Biggar, Rhys Webb and Justin Tipuric.

Let’s dust off the Cardiffian crystal ball and pick out the Welsh youngsters we think will follow in the footsteps of their predecessors. Ryan Conbeer has a big future ahead of him (Credit: Huw Evans Agency)

Despite having ‘beer’ in his name, the Scarlets academy winger has only been legally allowed to buy alcohol since Sunday, though he marked the passing of time with an outstanding, acrobatic finish in the corner to extend Wales’ lead against the Italians.

Hailing from Saundersfoot in Pembrokeshire, Conbeer has made 10 appearances for Llanelli RFC this year along with a regional debut against Bath in the Anglo-Welsh Cup.

His finish on Saturday was not the first time he’s set social media alight. Playing for Scarlets U18s last year against the Ospreys, Conbeer ran in a scorching solo effort that saw him waltz through at first-receiver from a scrum before swerving past the full-back to complete a 70-yard run-in.

He’s been rewarded for his promise today with a development contract at the West Wales region. Conbeer’s wing partner on the weekend is no stranger to the Welsh jersey having featured for Wales Sevens before Christmas in the Dubai and Cape Town legs of the World Series.

A number of players have used sevens to launch their career in the 15-a-side game including Cory Allen and Alex Cuthbert, while Fiji-born winger Virimi Vakatawa represents France at both forms of the game despite not being attached to a club.

In the longer version of the game, the 19-year-old from Abergavenny has been plying his trade with Ebbw Vale and the Dragons Premiership Select XV.

At just 17, Rosser scored the winning try for the Steelmen in their Premiership play-off semi-final last season before starting in the 38-12 win over Pontypridd in the final.

The 18-year-old fly-half from Merthyr Tydfil is another who has made his regional bow in this year’s Anglo-Welsh Cup, while also representing the Blues Premiership Select XV.

Amid rumours that the famed Welsh fly-half factory has had to shut up shop in recent years, Jones is the most recent proof that its demise has been exaggerated. In recent years, the U20 orchestra has been conducted by Biggar, Matthew Morgan, Sam Davies, and Dan Jones.

Jones showed a maturity beyond his years to marshal his teammates to victory on the weekend, slotting three conversions and two penalties in dreadful conditions.

The Coleg y Cymoedd student is following in the footsteps of previous pupils who have earned Blues contracts, including Jarrod Evans, Dillon Lewis and Aled Summerhill. Born in Lagos, Nigeria, the 18-year-old Dragons academy member packed down in the second row for his U20 debut against Italy.

Standing 6ft 5in tall, Williams has made a habit of stepping up through the age-grades with aplomb, playing six times for Dragons U18 two seasons ago at the age of 16.

He impressed so much for Championship leaders Pontypool at the beginning of this term that he was re-allocated to Ebbw Vale in the top tier.

Yet to make his regional debut, he is another to have gained experience this year playing for his region’s Premiership Select XV. Captain Jones led from the front in the opener (Credit: Huw Evans Agency)

The existence of the fly-half factory may have been in doubt, but there is no question that Wales’ new openside-flanker factory is in the rudest of health.

This year’s U20 side is captained by Ospreys flanker Will Jones. It is no surprise that the Gowerton Comprehensive School product has been named skipper, having also donned the armband for the Ospreys at U16 and U18 level, as well as for Wales U18.

Listed at just 5ft 7in on the Ospreys website, 18-year-old Jones isn’t your typical modern-day forward, but his background in judo allied with a low centre of gravity makes him a real threat at the breakdown.

Jones and his team will be looking to stretch that run to nine at Parc Eirias on Friday evening against England.