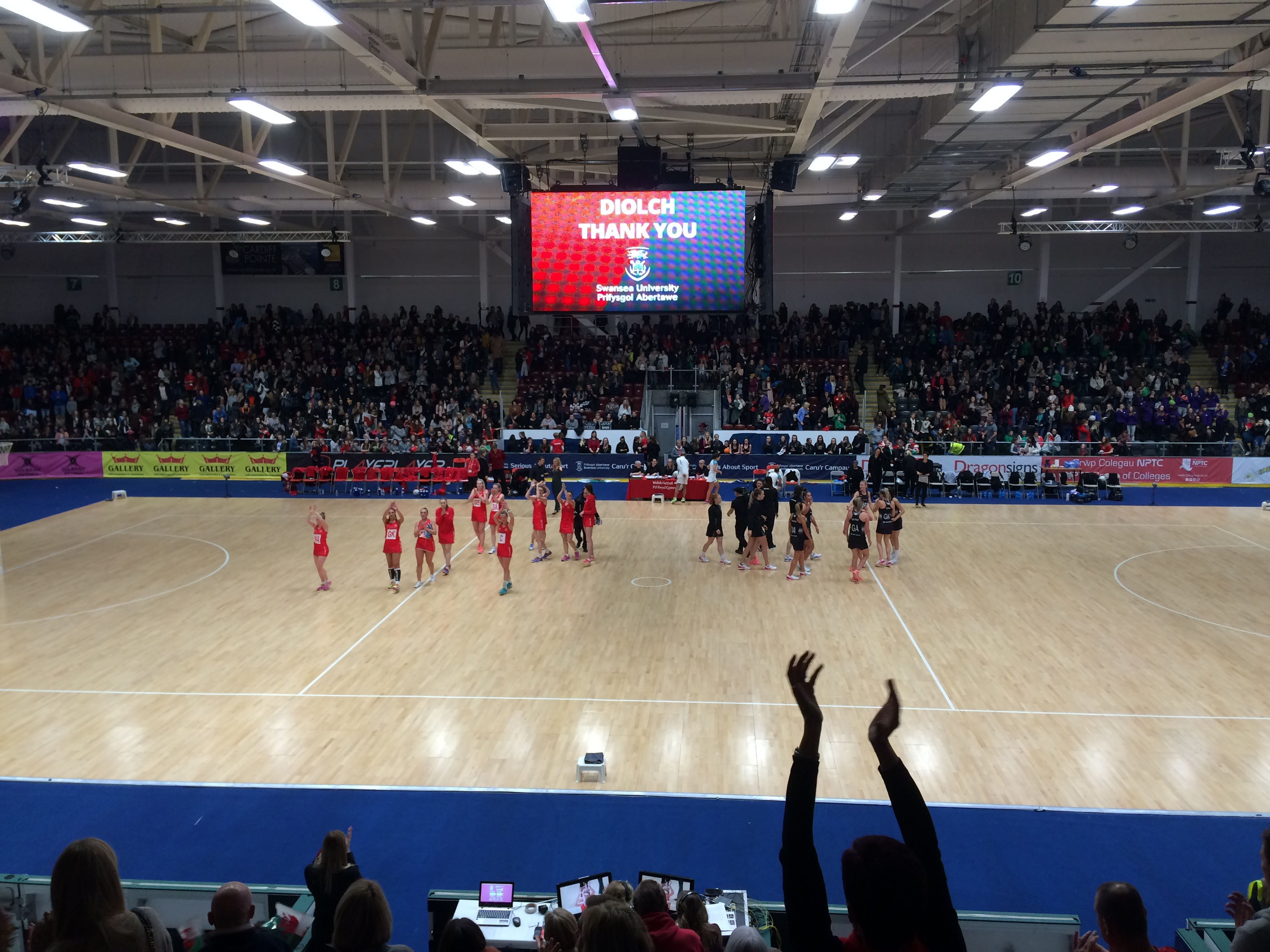 Played at Ice Arena Wales in front of 4,000 spectators, the contest was the first in a two-match Test series between the sides.

New Zealand, who are the second-best team in the world, ruthlessly exploited the vulnerabilities of a Welsh outfit ranked six places below them.

For a fleeting moment, it looked like an upset might be on the cards when the home side opened the scoring inside the first minute.

However, the Silver Ferns hit back with an immediate reply and soon found their feet.

The Welsh defence was buffeted by wave upon wave of attacks and struggled to conjure up any meaningful resistance.

By the end of the first quarter, with the score at 21-9, the match had ceased to be competitive. The home support, so vocal in the opening exchanges, had slipped into stunned silence.

When the visitors clocked up another point just seconds into the second quarter, it became clear there would be no let-up.

It was going to be a very long evening for the Welsh side.

With remarkable ease, the Silver Ferns continually carved out staggering amounts of space, allowing for innumerable chances in front of goal.

To Wales’s credit, though, they did summon the odd spark of magic during their uphill struggle and were rewarded with nine goals in the second quarter.

On the arrival of half-time, the scoreboard read 45-18.

After the interval, both sides featured fresh legs, but only New Zealand made them count. A combination of clever running, incisive passing and accurate finishing heaped further punishment on Wales, for whom serious fatigue was taking hold.

On several occasions, New Zealand looked like they were on the practice court.

The third quarter ended 67-25 – a scoreline even more damning than that which greeted England at full-time against New Zealand last week.

Yet Wales’ tormentors did not relent.

In the final quarter, a further 25 goals flew in for the Silver Ferns, meaning they managed to score over 20 points in each 15-minute period.

When the final whistle brought a halt to the hugely one-sided encounter, Welsh players and fans alike breathed a sigh of relief.

They were grateful for the occasion, but not for the result. However, there will not even be time to lick wounds before the next reunion.

Wales play New Zealand again this evening in the second and final match of the series.