Welsh pack will look to dominate in Edinburgh next week 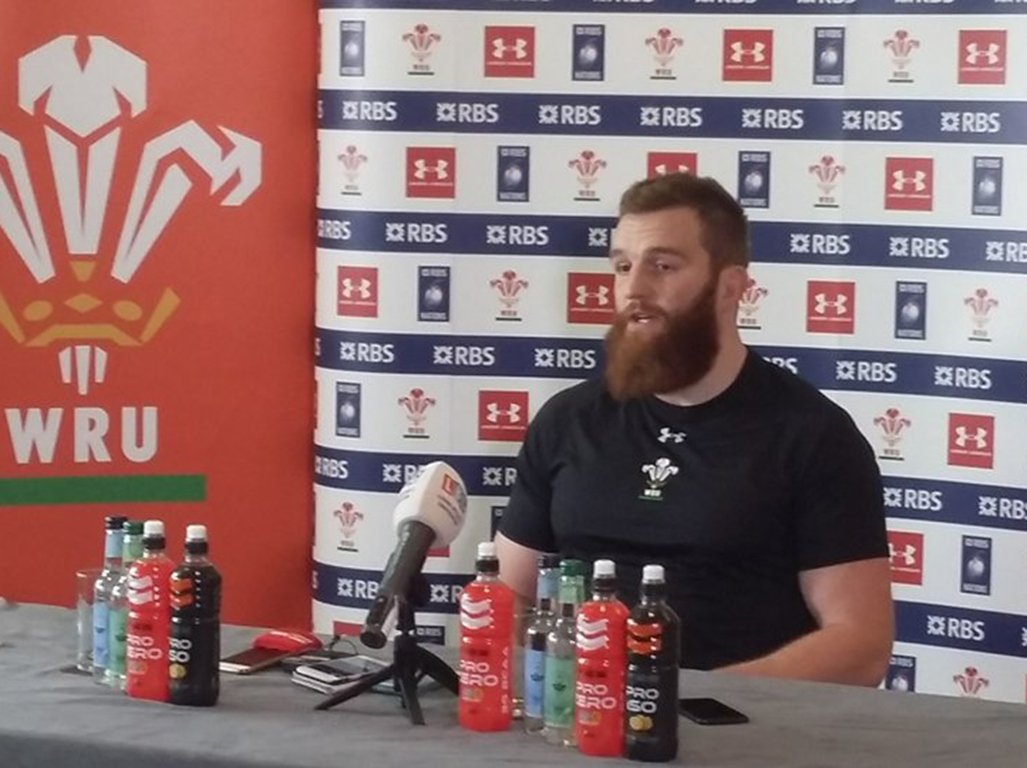 WALES’s pack will be relishing the opportunity to take on a Scotland side who have struggled to match the physicality of forwards in the Six Nations.

During last week’s 22-16 defeat to France, the Scottish scrum conceded six penalties which gifted the French 15 points from the boot of fly-half Camille Lopez.

Wales’s forwards’ coach Robin McBryde said: “The breakdown is always a keenly contested area. I’m not sure Scotland will change the way they play, I know they have a few injury concerns.”

Wales only lost one scrum on their own put in during their 21-16 home defeat to England, and their pack went toe-to-toe with that of the second best team in the world.

One of the key figures in the Welsh pack against England was their number eight Ross Moriarty.

“He can go a lot further in his career I have no doubt, he has come on leaps and bounds, and last Saturday was evidence of how effective he can be, both with and without the ball,” said McBryde.

“Ross is playing in a little bit of an unfamiliar position for him at number eight, but he is going to go on to bigger and bigger things.”

Another key member of the Welsh pack during this Six Nations has been second row Jake Ball. Ball made more runs than any Welsh player against England, with the exception of his second-row partner Alun Wyn Jones who made one more.

Looking at the prospect of facing brothers Jonny and Richie Gray in the Scottish pack next week, Ball said: “It is another exciting challenge. They contribute all around the park, line outs, carries, tackles, they work as a combo. It will be exciting to play against them if I am selected.”

Ball’s uncertainty of selection will in part be due to the recovery of 71-cap Luke Charteris. The 6ft 9in second row is coming back into contention after missing the first two games with a fractured hand.

Forwards’ coach McBryde said: “Luke is back up and running. He still has some protection on his hand but if you ask him he would say he is fit to play, I’m not sure about the medics though.”

After receiving a lot of praise in the media for his performance against England, Ball may feel a little disappointed if he is not included. Despite the praise from the media, the second row admitted the only person whose analysis matters to him is that of his father.

“To be honest the person I take most notice of is my old man. He is usually pretty honest with me, if he is tip-toeing around things then I know I have not had my best game,” he said.

“He said the weekend was one of my best games, he was a bit more positive than usual. I didn’t get an email with all the negatives so that was a good thing.”