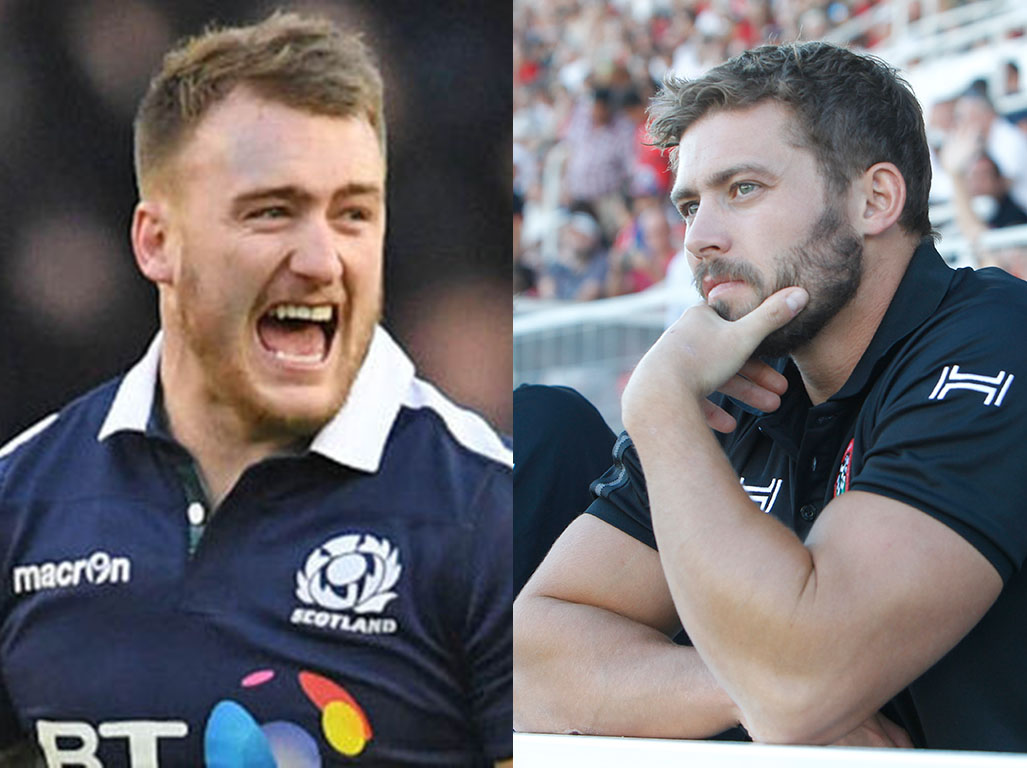 WALES travel to Edinburgh this weekend to face a Scotland side on the up. The visitors have enjoyed a decade of domination against the Scots, their last defeat coming in 2010, but they will be up against the best Scotland side in a generation who will be eager to secure a second home win of the campaign.

Here is how the sides compare:

When it comes down to the Lions selection this summer, these two are probably going to be in a straight fight for the number 15 jersey.

Hogg is the exciting option, and will probably get the nod thanks to his superb ability to run with the ball, beat defenders and most importantly, score tries. Halfpenny is a safe, dependable full-back, especially from the tee, but doesn’t add as much gusto to the attack as Hogg.

The question here is not who is better (it’s North), it’s who is fit enough to have the biggest impact.

North missed the England game after injuring his leg against Italy scoring a brilliant try, but his form has been disrupted by a spate of concussions.

Visser is a solid performer and quite similar physically to North, but doesn’t bring the same excitement.

Relative newcomer Jones is the wildcard option for Scotland, being the only Six Nations player to ply his trade outside of Europe and he believes his relative anonymity will work in Scotland’s favour.

Davies is an experienced head at outside centre, but has had a sub-par season for the Scarlets so far.

Jones has the potential to outshine Davies, but the Welshman is more consistent at this stage in his career. It’ll be an interesting battle.

Facing off at second receiver in one of the most intriguing one on one battles are Alex Dunbar and Scott Williams.

So often a supersub for Wales, Williams has his hands on the 12 jersey and brings a lot more creativity in the backs.

Dunbar is also an excellent creative force, and works very well with his Glasgow teammates Russell, Seymour and Hogg in the attack.

Despite the popular belief that Williams should play at full-back as he does for Scarlets, he finds himself on the wing again and coming up against the in-form Tommy Seymour.

Williams peeled off his wing beautifully for Wales’ score against England and made 59 metres in an excellent display.

Seymour is yet to get on the scoresheet, but his chip and chase for Tim Swinson’s try against France showed his considerable talents.

Dan Biggar was excellent against England, running hard lines and kicking strategically to get Wales moving up the pitch.

Rhys Webb doesn’t look like a man who has been injured for several weeks prior to the Six Nations, returning to give Wales plenty of attacking verve from the scrum.

Not a lot is known about Ali Price outside of Glasgow, but the youngster, coming in to replace the injured captain Laidlaw is certainly no step down for Scotland. His link up with club mate Russell could give Scotland an extra attacking edge.

Scotland’s young front row has been battered in the first two matches against France and Ireland and things will not get any easier against Wales.

Rob Evans appears to have wrestled the starting spot at loosehead back from Nicky Smith, and should hold an advantage on Reid at scrum time.

Ken Owens was one of Wales’ stand out performers against England, especially at the line out, but his work at the breakdown was key to his team carrying a lead into the second half.

Fraser Brown has been in strong form for Scotland after displacing the experienced Ross Ford, with many calling him the form hooker of the tournament.

This battle between the two hookers could go a long way to deciding who gets a spot on the Lions tour.

Glasgow’s Zander Fagerson is the youngest of Scotland’s callow front row at 21, but he has shown enough skill in the tournament to show that he has a very bright future ahead of him.

Exeter’s Francis is not as mobile in the loose as Fagerson, but his superiority in the scrum will likely have a big impact on the game. He’s a solid, unspectacular player, but that is all Wales will need to win the front  row battle.

Richie, the elder of the two Gray brothers, stands at a colossal 6’10” and has been his usual, consistent self in going about his tackling duties.

Ball has come in for the injured Luke Charteris (who returns to the bench) and has performed commendably in the pack, but Wales will be stronger when Charteris is back in the starting XV.

For this one, Gray should have the edge.

Jonny Gray and Alun Wyn Jones could both be on the Lions team this summer, but are at different ends of their careers.

Jones has been excellent in carrying the responsibility of captaincy, combining his solidity at the set piece with some impressive turnovers.

Gray has made more tackles than anyone else in the Six Nations, and at 22, will only get better.

Both men play for Welsh regions (Barclay at Scarlets and Warburton at the Blues) so will know each other well, even if they are used to being on the opposite side of the scrum.

Warburton looks to have been set free by the loss of captaincy and has been sensational at the breakdown. Barclay will have a hard time living with him.

John Hardie returns at seven for Scotland, making his first appearance since injury and couldn’t have asked for a tougher opponent in Justin Tipuric.

Although Tipuric hasn’t had much of a chance to cut loose in attack yet, his quiet support work at the breakdown has enabled Wales to dominate both Italy and England in turnovers. He is a key cog in the Wales machine, and Hardie will have a tough time living with him.

Keeping Taulupe Faletau out of the team is no mean feat (even taking injuries into account) which goes to show how important Ross Moriarty has become for Wales in recent times.

The Gloucester man was exceptional against England and is a very strong ball carrying force.

Wilson is also coming into a new-look back row for Scotland and they face a very tough task to match up to Wales’ exceptional back three.

Murrayfield, rugby, scotland, six nations, wales
You may also like