Wales prepare to expect the unexpected in Scotland 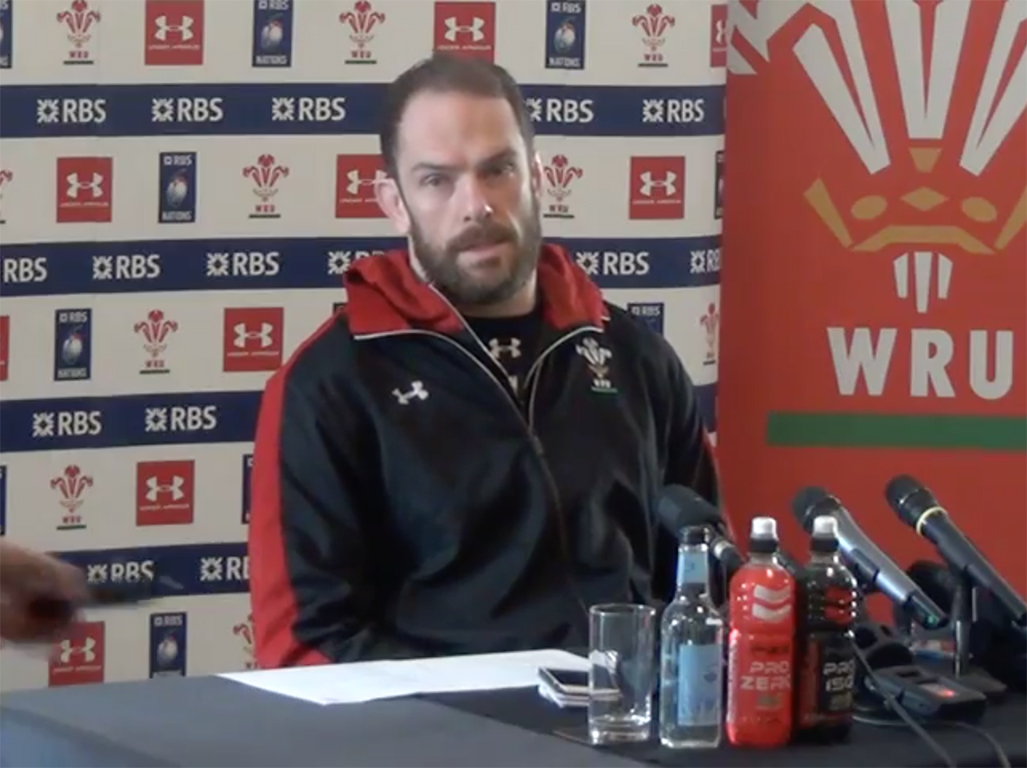 DESPITE Wales’ near-decade long winning streak over the Scots, Captain Alun Wyn Jones would not underestimate Saturday’s side at Thursday’s press conference.

“It’s a different Scotland team to what we have seen before,” said Jones. “We have to expect the unexpected. If you look at the packs, there’s a good balance.” Wales’ head coach Robert Howley however had a plan. “They’ll be looking to work hard off the ball. Scotland have made changes at eight and nine and there is no better place to target that than at the scrum. I think that it is just making sure you control the game and do well at what we are good at.”

“The record puts more pressure on us not on them,” quipped No 8 Ross Moriarty. “We’ll be bringing our best game, we’ve been training very hard for it.”

Blindside flanker Sam Warburton admitted he’d pushed himself hard in his previous performance. “I was battered after the England game. I said to the boys the Tuesday after that game I couldn’t even face doing a line-out lift. We were rewarded with less hard training than usual last week!”

Howley was disappointed with the outcome of some of his decisions made during the game. In particular, he faces criticism for replacing Moriarty, who was lauded for his eye-watering tackles against England, for Taulupe Faletau in the 53rd minute. The decision to take off Rhys Webb in the 65th minute was also slated by the public.

“We spoke this week, and we were disappointed with the impact of our bench against England.

“When you make changes you expect to see the impact, and we felt that at the time we made the right decisions.

“We asked our players to empty the tank, and they did. We needed fresh pairs of legs by the end of the game.”

Moriarty himself was deferential to his more experienced replacement.

“Toby [Faletau] is a world-class eight and I feel that I have given everything for my place in the squad.

“I felt that was one of the best games I’ve ever played. Against England, I didn’t give anyone anything to complain about.” Howley was in agreement. “There is another level to Ross. He’s shown great skill and work-rate.”

When asked about a highlight reel of his greatest hits circling after the match, Moriarty grinned.

“It’s what you always want to do, even for your local team, when you smash into someone … your friends and the crowd go mad.

“That’s why it was nice going up against [former teammate Maro Itoje]. The only chance I ever got to hit him in the past was in training so it was nice to do it in the game.”

Jones could not be drawn on his view of the performance against England.

“It’s my job to look forward and not at the past. We started in the vein we wanted to against England.”

Warburton, who had served Wales as captain for five years, joked about how much less pressure he was facing after relinquishing the armband.

“It was definitely the right decision. It feels a bit like … you know that episode of Friends, where Rachel loses her stressful job and ends up much happier for it? Like that.”

He paused. “We do things deliberately to take our minds off the Six Nations. When we go on away trips we spend hours watching boxsets.”

“You know if you’re captain that it is a massive call to drop the armband.

“I genuinely wanted to drop the captaincy because, sometimes, you need to go on the pitch not knowing whether you’re playing the next game.

“That’s what drives me every week.

“It’s the toughest back row selection I’ve ever been involved in.

“You really do know if you fall below your 90% level, then you’ll go down to the bench or maybe not even play at all.

“I think it’s had a positive effect on me. During the first two weeks I felt I needed to prove myself again, which is exactly what I wanted.

“There aren’t a lot of changes day to day. I can contribute as much now as I did before.”

“Do I ever see myself picking the captaincy back up again? Well, if Alun Wyn was injured for whatever reason, I haven’t even thought about who they might ask.

“At the moment I’m enjoying not doing it. If it was the best decision for the team then I would.”

Alun Wyn Jones himself was nonplussed about the role of captaincy. “The pitch is the same size and the ball is the same shape. I’m just concerned about playing rugby.”