Home > Sport > Rugby > How do you make the greatest Welsh rugby player?

How do you make the greatest Welsh rugby player? 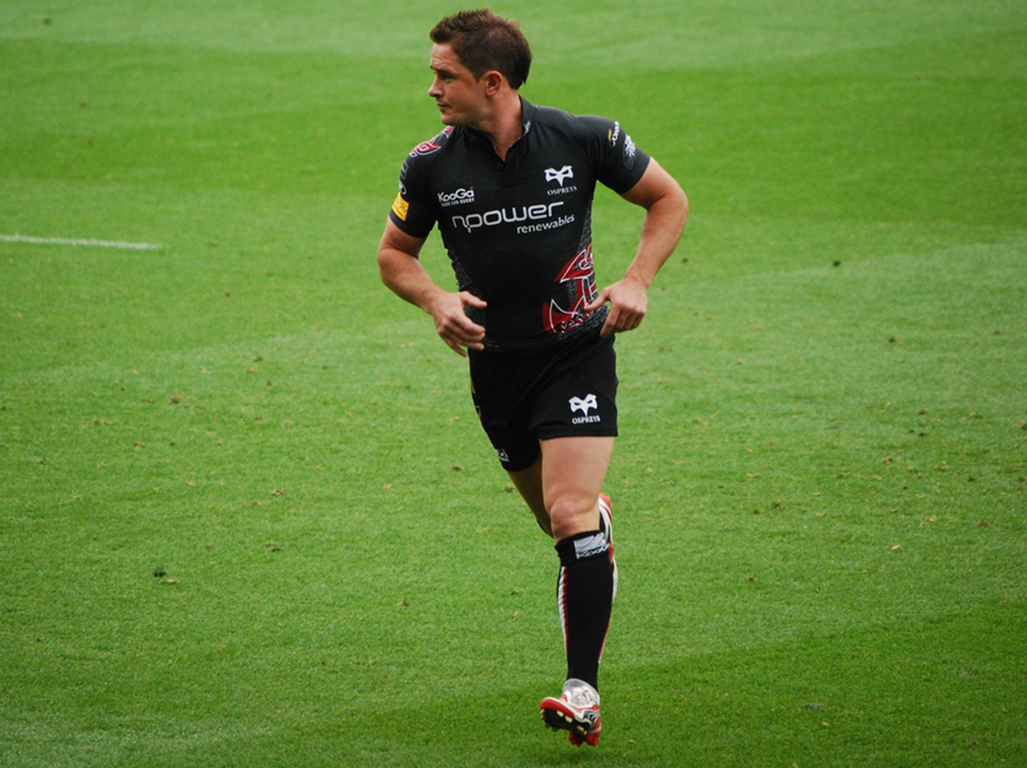 WELSH rugby is going through a bit of soul-searching at the moment, so we here at The Cardiffian thought there was no better way of cheering ourselves up than by making our own Welsh rugby Frankenstein.

We’ve outlined eight attributes every rugby player should have, and picked a Welshman who surpassed himself in each facet.

HANDS: Steve Fenwick
Gareth, Merv, Gerald and JPR don’t need surnames, but Steve doesn’t quite have the same ring to it. The unheralded Fenwick was a vital cog in the sumptuous Welsh rugby machine of the 70s, making 30 appearances in which his tough, uncompromising nature and accurate goal-kicking shone through. But he also had excellent handling skills, and the Bridgend boy gets the call-up because of one piece of handling in particular. When Phil Bennett scored “the try of the championship” in 1977 against Scotland, he couldn’t have done it without Fenwick’s lightning-fast give-and-take as he was about to be clobbered man and ball. Billy the Kid had fast hands, but they weren’t as fast as Fenwick’s. Jenkins has been the Wales skills coach since 2004 (Credit: National Assembly for Wales)

BOOT: Neil Jenkins
Dan Carter and Jonny Wilkinson may since have usurped him, but in 1999 Jenks became the first man to pass 1,000 points in Test rugby. When he finally hung up his golden boots, Jenkins had scored 1,049 points for Wales in just 87 Tests. Despite being criticised throughout his career for a perceived lack of running threat (especially compared to the maverick Arwel Thomas), he was selected at full-back for the Lions in 1997 as goal-kicker, and his 41 points in the Tests played a huge part in the 2-1 victory over hosts South Africa. Leigh Halfpenny uses a tee; Paul Thorburn dug a divot in the turf; only the finest Tenby sand did the trick for Jenkins.

TACKLING: Sam Warburton
A man who was sent off in a World Cup semi-final for a dangerous tackle may not be the obvious choice for this, but the humble and disciplined Warburton is one of the finest tacklers to don the three feathers. While that massive hit on Vincent Clerc would be a certain red card today, six years ago referees weren’t quite so strict on tip-tackles, hence the ensuing furore. The Cardiff flanker’s defence is up there with the best in the world – take his superhuman ankle grab on Manu Tuilagi in 2012, somehow stopping the Samoa-born giant in his tracks only five yards short of the line. After a loss of form, Warburton has rediscovered his world-beating best in recent weeks after relinquishing the captaincy, putting in 15 tackles (the most of any Welshman) in last week’s defeat to Scotland.

STREET SMARTS: Martyn Williams
Rugby is 80 minutes of trying to get away with bending the law book. Openside flankers spend more time doing this than any other position, so it is no surprise that the 100-times capped Williams is selected here. The Pontypridd wing-forward was perhaps Wales’ one true world-class operator during the fallow early years of the millennium – an expert at the breakdown and winning turnover ball. Despite tipping the scales at under 100kg, Williams was more than able to contend with the big boys of international rugby. He also had the skillset of a back and once scored a drop-goal for Wales. Just don’t mention that penalty miss for Cardiff Blues against Leicester.

VISION: Shane Williams
He might only be 67 inches tall, but 58 tries in 87 Tests ranks the former World Player of the Year as one of the most exciting attackers in the history of the game. There are countless examples from throughout his career where the diminutive Shane conjured up something out of nothing, running in highlight-reel tries from all over the park. After making his debut in 2000, Shane overcame constant question marks over his size to return to the Wales side as a third-choice scrum-half for the 2003 Rugby World Cup. After ripping New Zealand and England to shreds (sadly in losing causes), he never looked back at the opponents left trailing in his wake. Williams spent his career with Neath and then the Ospreys, before finishing with a stint in Japan (Credit: Chris Jobling)

ENGINE: Justin Tipuric
For years, Tipuric has had to play understudy to the Welsh back-row but his natural talents are finally being rewarded with the first-choice number-seven jersey. His all-round skill-set and versatility are traditionally what sets the Trebanos product apart in most people’s minds, but he couldn’t do what he does without his seemingly limitless stamina. Whenever Wales kicks up field or a break is made, and whether there’s one minute on the clock or 80, you can always see Tipuric’s trademark blue head-guard striding up the field and making an impression at the next phase. After a career of dishing out pain, JPR alleviated it by qualifying as a doctor (Credit: SilkTork)

GAS: Nigel Walker
Wales has had its fair few genuine speedsters down the years. Ken Jones won a silver medal in the 4x100m relay at the 1948 Olympics, while JJ Williams represented Wales at the 1970 Commonwealth Games. But neither of them is quite as fast as Nigel Walker, who competed in the 110m hurdles at the 1984 Olympics and won a bronze medal at the 1987 world indoors. But in 1992, Walker hung up his running spikes to play rugby for Cardiff and became a prolific try-scorer, including one length-of-the-field effort against Pontypridd that is a favourite of rugby fans on YouTube. He also put his 10.47 100m time to good use for Wales, scoring 12 tries in 17 Tests.

TEAK FACTOR: JPR Williams
It’s difficult to pinpoint the toughest player in Welsh history. Basically any international forward from the 70s could lay claim to being one of the toughest men in the world, such was the climate of skullduggery and cheap shots at the time. But in that decade, if the opposition broke through the defensive line, Wales could rely on one of the toughest nuts around to clear up the mess. JPR (surname not necessary) embodied the infamous 99 call of the 1974 Lions, sprinting 40 yards into one scrap just to hit the largest South African on the field. He needed 30 stitches and lost two pints of blood after receiving two sickening stamps to the face playing for Bridgend against the All Blacks in 1978 – before coming back on to finish the game. A fearless competitor.