Lee Selby returns and eyes up Cardiff showdown with Frampton 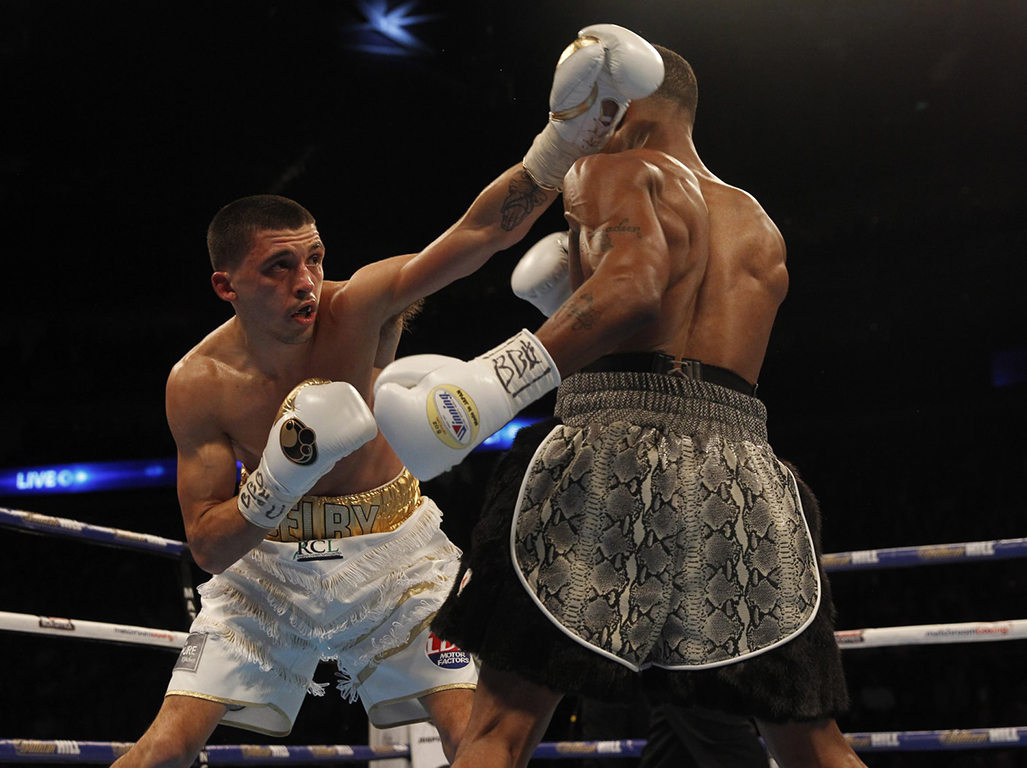 Selby against Eric Hunter in his last fight in April 2016.

WELSH boxing world champion Lee Selby returns to the ring this weekend as he continues his bid for a superfight against Carl Frampton at the Principality Stadium later this year.

Selby will be fighting for the first time since April 2016 when he meets Spanish fighter Andoni Gago in a non-title bout at the O2 Arena in London tomorrow. The contest will be on the undercard of the David Haye vs Tony Bellew fight.

However, the Welshman remains keen on a fight against Northern Ireland’s Frampton, with many people seeing Saturday’s contest against Gago as a tune-up.

Selby’s manager, Jamie Sanigar, said on Friday that Selby and his team want the fight against Frampton to be held at the Principality Stadium in Cardiff, despite the Northern Ireland boxer’s team wanting it to be in Belfast.

He said: “What does Windsor Park hold? Twenty-five thousand? We could do much more than that in Cardiff.

“It makes more sense to do it in Cardiff. We haven’t spoken yet and I think they are still looking at a trilogy with Santa Cruz.”

The boxer told The Cardiffian in February: “I hope to be in the ring by March and then a superfight in the summer. I’d like Abner Mares or Frampton as those are big UK fights.”

Saturday’s fight against Gago will be Selby’s first since his Las Vegas title defence against Jonathan Victor Barros was called off at the last minute.

The Welshman goes into the fight as the overwhelming favourite, with Gago having only fought outside his native Spain once. Gago lost that fight and is expected to pose little threat to world champion Selby.

Following the call-off in Las Vegas, Selby was keen to fight as quickly as possible and has been eyeing up a fight against Frampton or one of the other featherweight world champions.

He has been linked to big unification fights against champions Mares, Leo Santa Cruz or Gary Russell Jr and is excited by the prospect.

He said: “There are some big names and great champions and they all seem to be calling me out. I am ready to take up all offers.”

Selby will not be defending his IBF featherweight world title in the fight against Gago, with the board still trying to deal with the Barros issue.

In a statement, they said: “While the situation with Barros gets clarified the IBF has agreed to allow Selby to fight a non-title bout above the weight limit.”