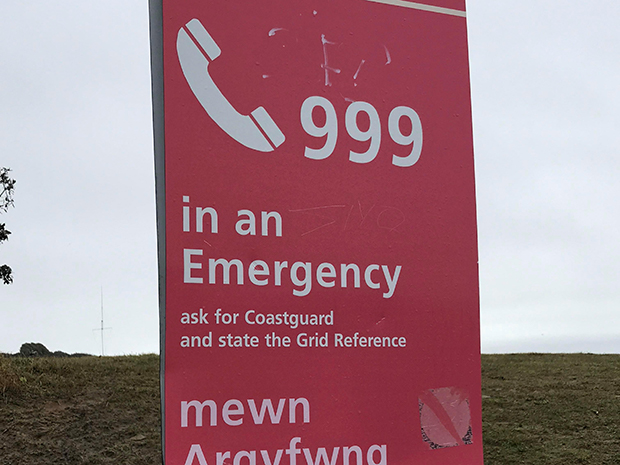 Learn about the dangers, warn coastguards after children wait an hour to call for help

TWO children cut off by the tide at The Old Harbour in Barry Island had to be taken to safety by Barry Coastguard team.

Six 12-year-olds had been walking around the ancient port on Saturday and did not notice the incoming tide.

They got stuck near the abandoned furnaces, known as the Kilns. Four of the children managed to climb the rocks to safety, but two remained stuck.

Chris Fletcher, station officer at Barry Coastguard, said: “We assisted them to safety, then had a chat with the children while we were waiting for their parents.

“We explained that if it should happen again, they can call 999 and ask for a coastguard straightaway, as we are an emergency service.”

This is the first incident of the year involving an issue with the tides, but it is not unusual for the area.

Barry Island has the second highest tidal range in the world, reaching up to 15 metres.

Liam Kinson, 21, who used to live in Barry Island, said: “The tides were a nightmare when I was younger – they rushed in out of nowhere.

“The sand in the Old Harbour is like quicksand and you can get stuck really easily – I’ve lost roughly four pairs of shoes trying to reach some of the boats down there.”

He said there were lots of areas in Barry that are dangerous because of the tides.

“In Jackson’s Bay, there’s a rock that you can climb onto and when the tide comes in, you can get cut off completely,” he said.

“I’ve been stuck for a couple hours on it when I was eight or nine because at that age you don’t know how deep the water is.

“I had to wait until the tide slowed down a little and then try to run to safety.”

Mr Kinson said he doesn’t remember there ever being clear warning signs about tide times or whether he was taught in school about coastal dangers.

Coastguard Mr Fletcher said: “Beaches always have signs saying about the area and how to contact the Coastguard if needed with a grid reference.

“But you could have the biggest sign in the world, and people still might walk past it – people definitely need to be more aware of the dangers in coastal areas.”

A spokesperson for the Royal National Lifeboat Institution, Barry said: “The RNLI Visitor Centre is a hands on, interactive water safety education centre for visitors of all ages to Barry Island.

“We also invite school children for organised visits and educate them in local beach and water safety.”