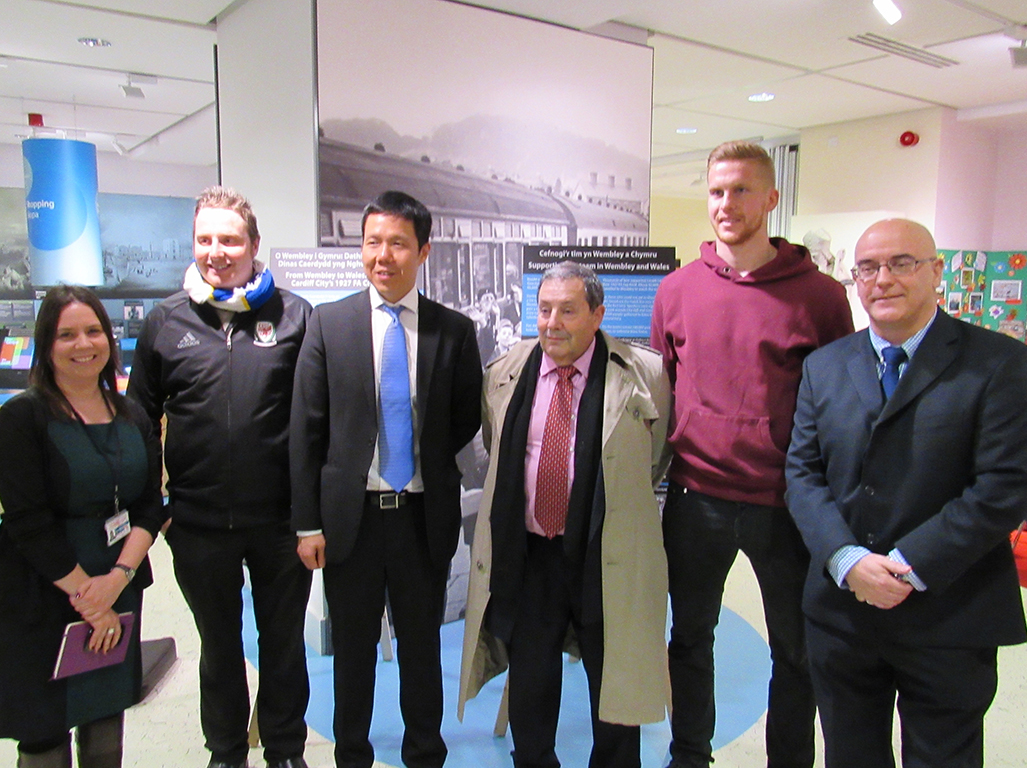 AN exhibition commemorating the 90th anniversary of Cardiff City’s historic FA Cup win against Arsenal in 1927 has opened in the city.

The exhibition will run from March 4 to September 4, displaying memorabilia from the match including winner’s medals belonging to Fred Keenor and winger Ernie Curtis, a replica of the FA Cup and Ernie Curtis’ match day shirt.

Cardiff City won the cup, the only time it has been lifted by a team outside England, on April 23, 1927, after defeating Arsenal 1-0 at Wembley. The winning goal was scored by Cardiff’s Hughie Ferguson, in front of a crowd of 93,000 which included King George V, David Lloyd George, Winston Churchill and legions of Welsh fans who made the trip to Wembley to support the underdogs.

Speaking at the opening event, Coun Bradbury told the crowd: “I am a lifelong Cardiff City fan and a season ticket holder for more than 20 years. Today we are celebrating one of the greatest moments in our history and the history of sport in Wales.

“We have had a fantastic decade when you look back over the last 10 years of Welsh football too.

“This is not a working day for me today, this is a day of pure pleasure.”

Cardiff City’s Executive Director Ken Choo said: “I hope we can repeat the occurrence of 1927 in 2018.

“For this season it’s not over yet and we still have over a dozen games to play. We have not thrown in the towel yet.

“I think it is great what you all are doing here, and I hope you will continue to spread the word.”

Exhibitions officer at Cardiff Story Museum, Alison Tallontire said: “We have worked with collectors Ceri Stennett and Richard Shepherd to put the exhibition on, and they have kindly lent us pieces from their collections.

“We have put it on for six months and we are hoping people will come and enjoy it.

“I’ve really enjoyed putting it together. I have learnt a lot about the game in 1927 and how different it was then compared to now.”

Many of the exhibits on display have been lent to the museum by Cardiff City FC’s official historian Richard Shepherd.

Mr Shepherd said: “It remains a particularly historical game because it was the first final to be broadcast by the BBC on national radio, television was 10 years in the future.

“And it was the first time Abide With Me was sung at the game. There was community singing before the match and when the FA asked the King’s secretary what songs the King would like to be sung, he wanted his wife’s favourite hymn, which was Abide With Me.”