Rugby fans enjoy themselves in Cardiff before Wales – Ireland kick-off 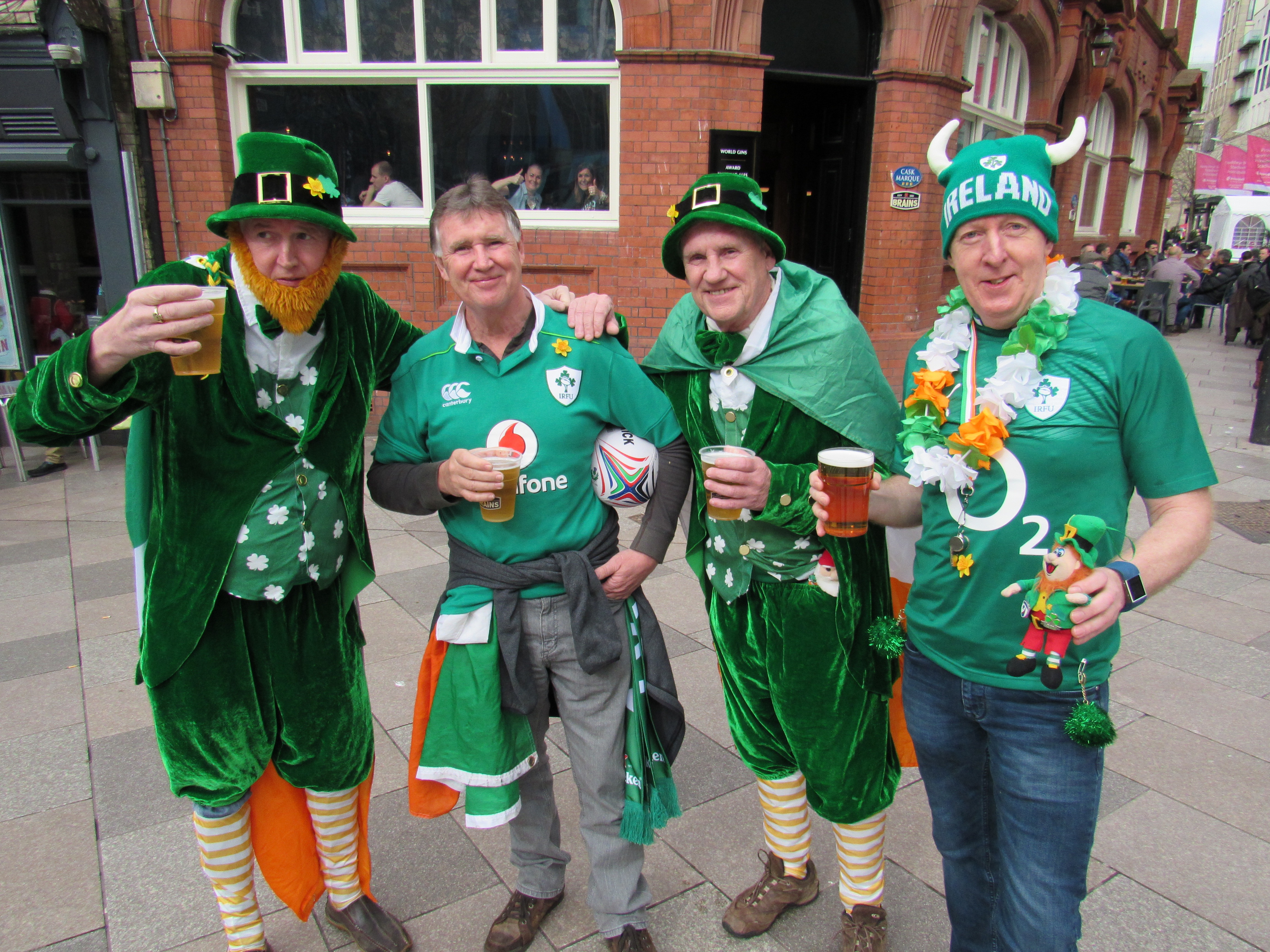 FANS from Ireland and Wales started the party early today as they packed city centre bars and restaurants ahead of tonight’s Six Nations game.

Both sides know anything other than a win will end their hopes of winning this year’s Six Nations, and both have every reason to be confident. The streets are already lined with fans from both nations.

We took to the streets to capture the mood in the city centre, and to catch up with the travelling Irish fans who have travelled over for the game.