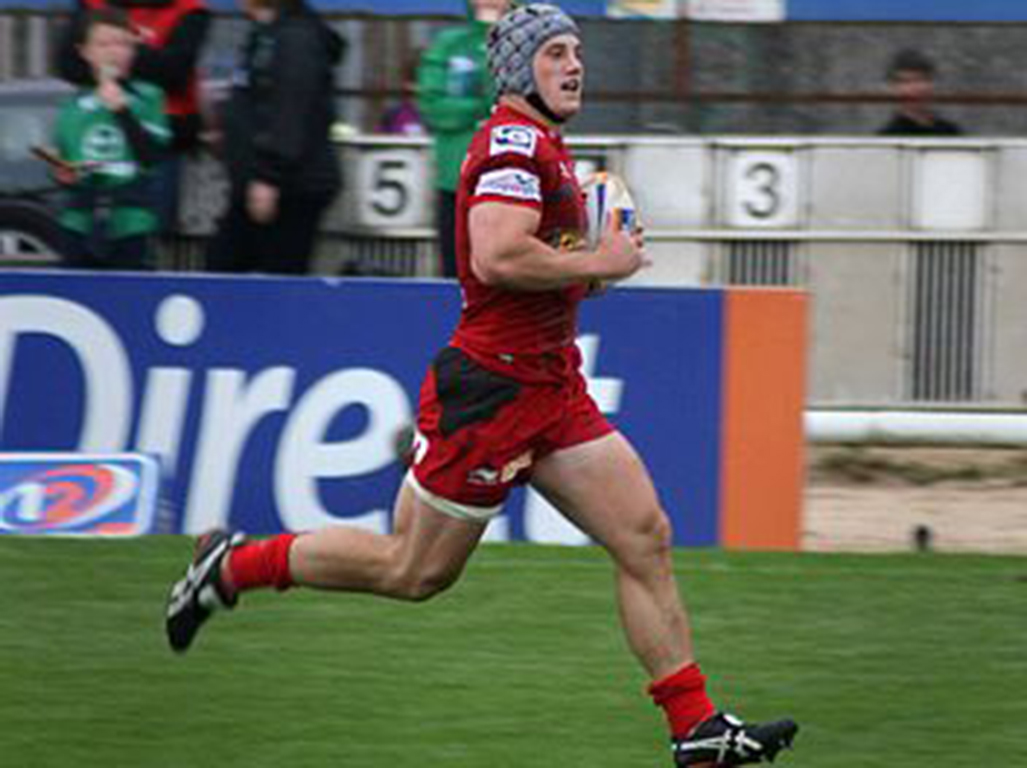 WALES welcome Ireland to Cardiff tonight knowing that a win is vital if they are not to fall down the world rankings to ninth — even if an Ireland defeat hands England the title. We’ve pitted the two starting line-ups against each other before the real action kicks off at 8.05pm, and selected our composite XV.

The usually metronomic Halfpenny had a crisis of confidence with the boot against Scotland, while the attacking prowess that saw him burst on to the international scene has been AWOL for a while. The 30-year-old Kearney is possibly beyond the peak of his powers, but he’s still a quality operator, especially under the high ball.
Verdict: Kearney

North needs a big performance, with Shaun Edwards having hinted in the warm-up that his place in the team will come under serious threat if he repeats his anonymous showing against Scotland. Earls has acquired 57 caps without ever being a box-office performer, but he seldom lets his country down these days.
Verdict: Earls

Davies came into the tournament in the most wretched of form, but his performances so far have been among the best in the Welsh line-up (that kick against England notwithstanding). Ringrose is regarded as the next Brian O’Driscoll, and in his six caps he has shown that the tag may not be unbecoming of him.
Verdict: Davies Jonathan Davies at his running best for the Scarlets (Credit: Eoin Gardiner)

Williams has done the business against Ireland before, scoring the winning try off the bench in 2015’s rearguard victory, but now is his chance to show that he can ignite a Welsh back-line from the off. Henshaw is pencilled in by many as a Lions tourist, and Williams will have his work cut out against the strong-running Leinster man.
Verdict: Henshaw

The man affectionately known as Sanjay has been Wales’ stand-out back of the tournament, serving only to strengthen the clamour for him to don the 15 jersey. Zebo pulled off his famous heel-kick at Cardiff in the 2013 win, and though he is a bit of a maverick renegade on the field he can spring into life at any moment.
Verdict: Williams

The last two defeats have been Biggar’s career in a nutshell — combative and steadfast in a titanic tussle against England, but unable to rouse his back-line in the heavy defeat against Scotland. Sexton has no such trouble spurring his three-quarters into life, always offering 80 minutes of subtle invention.
Verdict: Sexton

Chopsy and fast-paced, Webb seemed to be Wales’ only threat against Scotland, with his eye for a snipe and quick thinking making him one of the front-runners for a Lions call-up. However, he’ll have a tough job taking the nine jersey off his opponent. For the past year, Murray has been the complete scrum-half.
Verdict: Murray

Keeping the world-class Taulupe Faletau out of the starting line-up says it all about Moriarty’s recent form for Wales — his 53-minute cameo against England was simply earth-shattering. Heaslip is the man who has seen it all in 99 Tests for Ireland and the Lions, but he was at his best a few years ago.
Verdict: Moriarty Moriarty has kept hold of the number-eight jersey ahead of Taulupe Faletau (Credit: Clément Bucco-Lechat)

A real clash of styles. The skilful Tipuric is renowned for his eye-catching work in the wide channels, but his performances in defence and at the breakdown in recent times have been outstanding. O’Brien is one of the best ball-carriers around, and will ask questions of the Welsh defence time and time again.
Verdict: Tipuric

Since relinquishing the captaincy, Warburton has been back to his world-class best, proving to be Wales’ star performer alongside Tipuric in the first-half against Scotland. Stander scored a hat-trick in the mauling of Italy, and somehow makes O’Brien look diminutive in the carrying stakes.
Verdict: Stander

Nobody doubts Jones’ brilliance as a lock, but as the captain he will have a lot on his plate to try and galvanise what has been a staid Welsh side in the first three rounds. The giraffe-like Toner is an absolute nuisance at the lineout and at mauls, and if he can stop Wales’ ball at source, they’ll have real problems.
Verdict: Jones With the added media responsibilities of captaincy, Alun Wyn Jones has been able to show off his renowned thorny side

Ball typified Wales’ huge physical effort against England with a number of big carries, but as with many others seemed to go missing in the capitulation at Murrayfield. Ryan is another experienced head in the Irish pack who you know will never take a backwards step when the sea of red comes pouring forward.
Verdict: Ryan

Exeter tighthead Francis doesn’t offer a huge amount around the park, but he solidifies the Welsh pack at scrum-time. His opposite number Furlong more than holds his own in both facets, meaning he is widely regarded as a front-runner for the Lions front-row.
Verdict: Furlong

The Cannonball earned his reputation as a super-sub carrier off the bench, but since grasping the jersey from Scott Baldwin, Owens has shown his all-round skills in a Welsh line-out that functions as well as it ever has. Captain Best led from the front in Ireland’s bumper 2016, but his standards have slipped a little this year.
Verdict: Owens

Evans has seen off the stalwart Gethin Jenkins and youngster Nicky Smith with the strength of his performances in the last two tournaments, while an offload is never far away from the Scarlets man. McGrath forms a fearsome Irish propping duo, and will play a huge part in deciding the balance of power at the set-piece.
Verdict: Evans

cardiff, Ireland, rugby, six nations, wales
You may also like