Five Wales U20s who could make their senior debuts this summer 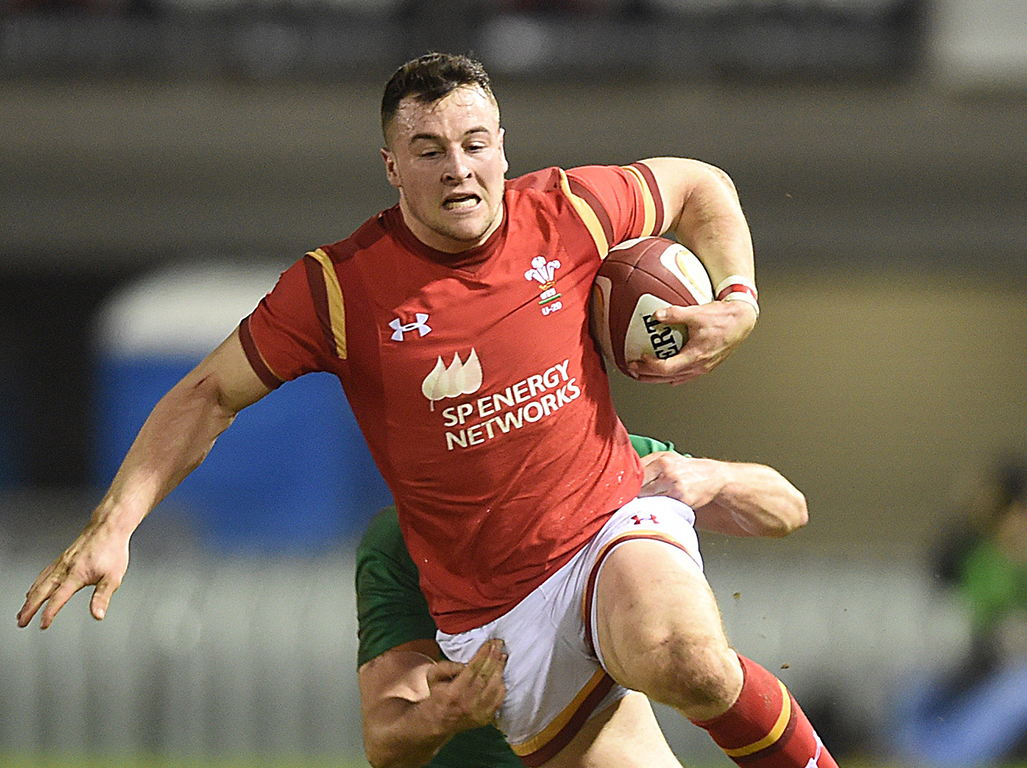 THERE is always something else going on in international rugby.

While the eyes of everyone in Wales have been firmly fixed on the fate of the men’s national team and their stuttering Six Nations campaign, the women’s and U20s sides have been having strong tournaments in their own right.

Although the U20s couldn’t add to the Grand Slam of 2016, losing to England in week two, Jason Strange’s side have won their other three matches with ease, scoring 13 tries in their last two games. The title is now beyond them, but they will finish second with a win away to France in the final week.

That match will wrap up competitive U20s action for a lot of these players, meaning they can start to focus on their professional careers, breaking into the starting XV for their regions and, eventually, the national team.

For some, the opportunity to play for the senior side could come quicker than expected. Over the summer, Britain and Ireland’s best and brightest will head to New Zealand for the Lions tour. Rugby fans will lap up the chance to witness the combined might of the British isles take on the world’s greatest rugby team on their own patch.

But as the first line of this article says, there is always something else going on in international rugby.

Ireland are touring Japan, Scotland are facing Australia, England are going to Argentina.

Wales? They are going to the South Pacific to take on Tonga and Samoa.

Although these mid-year tours lack the glamour of trips to the southern hemisphere in non-Lions years, they do present unique opportunities for the home nations to experiment and gives them the chance to find new talent for the international scene. With the World Cup just two years away, it is not a chance which should be passed up lightly.

Wales have been severely criticised since the last world cup for failing to blood new talent – only three new names have pulled on the red jersey since the 2015 tournament, the lowest of any tier one nation – so this tour provides them with the perfect conditions to buck the trend of the Gatland/Howley era.

We should definitely expect to see some new names, then.

Some players are shoe-ins for debuts. Keelan Giles sat on the bench against Japan in the autumn without coming on. Steff Evans has been in the 24-man squad for the entire Six Nations but is yet to win his first cap. Thomas Young and Olly Cracknell have been excellent at club level this season and are also fully deserving of a chance.

Much depends on how many fully-fledged internationals go on the Lions tour, but there will be ample opportunity for some of the best performers from the U20s to earn themselves a place on the plane and get some game time for their national team.

Here are the five names most likely to make the accelerated step to the national team this summer: Although he has yet to make his senior debut for Cardiff Blues, having spent most of the season on loan with Principality Premiership sides Cardiff RFC and Pontypridd, Assiratti’s excellent performances for the U20s give him an outside chance of featuring from the bench against Tonga and Samoa.

Wales have scored several tries in the Six Nations thanks to the stirling work of the forwards in driving mauls, of which Assiratti is a big part.  But he has also shown his considerable skills in the loose, throwing an audacious dummy against Ireland which was almost identical to France centre Gael Fickou’s feint against Italy in the senior tournament.

He will still be just 19 at the time of the tour, which is very young for a front row to make his international debut, but the young tighthead has shown enough at club and U20 level to suggest he wouldn’t be too out of place. He could be a bolter for the tour. Scarlets wing Ryan Conbeer is already ahead of the curve for his age group, so a call-up to the senior team for the summer tour would not be too much of a surprise.

The 18-year-old only made his semi-professional debut earlier this season, playing 10 times and scoring four tries for Llanelli RFC in the Welsh Premiership. Since then he has made his regional debut for the Scarlets against Bath.

He is unlikely to be ahead of Giles and Evans in the queue for getting a debut, but Conbeer’s incredible finishing skills (see his try in the opening game against Italy U20s for evidence) and raw power on the wing means he deserves to experience the cut and thrust of a senior squad tour. Jones has captained his country at U16, U18 and now U20 level, putting him in the frame as a possible future leader for the senior side.

Like Conbeer, he is only 18, but has already picked up some experience playing for the Ospreys ‘A’ team in the British & Irish cup, as well as spending some time with Premiership strugglers Swansea in the back row.

A traditional number seven, who uses his slight frame and short stature to work hard on the floor, Jones also has the perfect mentor at his region in Justin Tipuric, the outstanding openside flanker in northern hemisphere rugby at the moment.

He is likely to be behind Thomas Young in the pecking order on the tour, as well as one or two others, but he could still be in with a chance of going to the South Pacific. The undisputed star of the championship so far for Wales has been inside centre Kieran Williams, whose superb displays have earned him comparisons to Wales and Lions legend Scott Gibbs.

The 19-year-old Ospreys man, who has been plying his trade at Neath this season, has scored five tries in this year’s U20s tournament, including four in the last two games against Scotland and Ireland.

He may be short and stocky, but he has an incredible turn of pace and a great step on him. With the senior team far from blessed with talent at 12, it won’t be long before Williams is regularly featuring for the national team. Arguably the most impressive talent of any of the members of the U20s squad is Cardiff Blues’ Rhun Williams, who was part of the Grand Slam winning outfit last season and has been equally excellent this year.

The Bangor-born full-back was captured by the Blues from Colwyn Bay’s Premiership side RGC 1404 last summer and has impressed in his first season at the Arms Park. He scored three tries in six appearances for Cardiff RFC, before being invited to train with the senior squad during the autumn internationals.

Following that success, he then scored just six minutes into his Blues debut in an away win against Treviso.

He will probably be competing with the likes of teammate Matthew Morgan for a place on the tour, but the management have already shown they like Williams, so he has a really good chance of making his debut this summer.