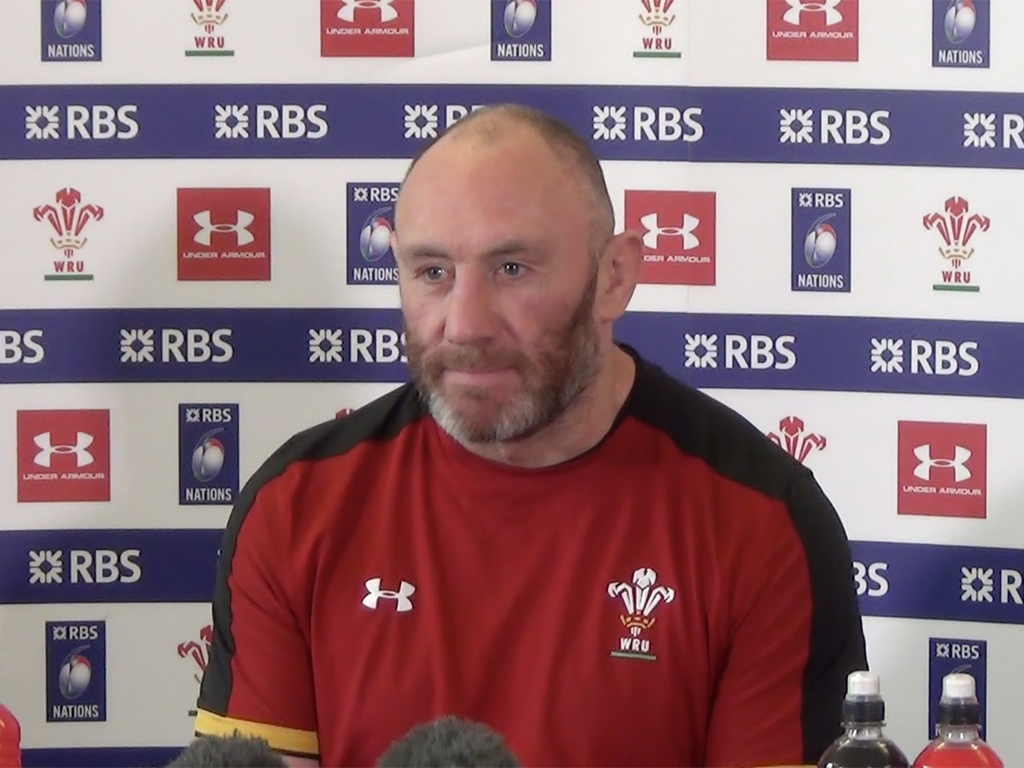 WALES are not “resting on their laurels” against a physical France, says Robin McBryde looking forward to this weekend’s clash at the Stade de France.

At today’s press conference ahead of France v Wales on Saturday, the Wales forwards coach said they were not complacent after a hard-fought victory over Ireland, and highlighted the abilities of the French pack as something they would be watching out for.

“It’s going to be a huge physical encounter up front and we have got to be at our best once again. We can’t rest on our laurels. We’ve just got to go out there and step it up again and use some of that momentum from the last game and take it into the France game with us,” he said.

Wales have a good record against France, having won their last five encounters. They are also heading into Saturday’s game having put in a redemptive performance against Ireland.

However, with Scotland inflicting their first defeat on Wales in a decade earlier this campaign, McBryde said they would not be relying on history repeating itself.

“We are more than aware of what can happen if you listen to the record books,” he said.

He added: “We know they are a very big, physical team with offloading ability. If some of those offloads come off early in the game, the crowd gets behind them and they just grow an extra arm and a leg then. We have got to be at our best and limit the opportunities we give France.”

McBryde said Wales will also have to be wary of France’s set piece work, pointing to scrummaging and lineout mauls as potential areas of concern.

Despite a reluctance to overplay their latest success, he hinted there would be few changes to the side that beat Ireland on Friday.

McBryde was also keen to underplay the significance of Saturday’s game in terms of Wales’ position in the rankings. After fears that a defeat against Ireland could see them drop below the world top eight, they now face the prospect of climbing to the top four if they beat France.

He said: “Maybe that’s in the back of our minds somewhere but really it has no relevance to how we approach the game on Saturday. It’s all about backing up that performance against Ireland and if that means we end up in the top four then all’s good.”