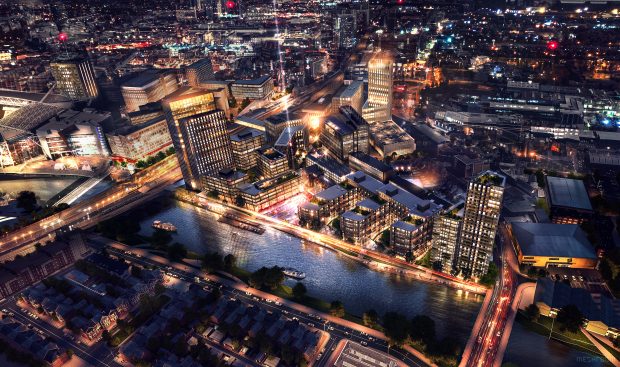 PLANS for the redevelopment of the Brains Brewery site in the city centre have met with a mixed reaction from traders.

Images released in a planning proposal by developer Rightacres, show the transformation of the old brewery into a riverside attraction with flats, offices and 50 bars and restaurants. Plans for the development of the Brains Brewery have been revealed (Credit: Rightacres)

The instantly recognisable tower chimney and some historical buildings will remain on the site, surrounded by a number of modern new builds while the brewery relocates to Pacific Business Park in Cardiff Bay. The new site could open by June.

But the businesses based in the vicinity of the current site are not all happy about the plans.

Amanda James, who owns Baguetty Junction on Penarth Road, told The Cardiffian that the development will seriously affect her business.

“We have been through 10 years of suffering for this business. We’ve missed children’s plays and haven’t been able to go on family holidays, and for what?

“We had planned to buy this building outright but we can’t do that anymore.

“I am a small, independent family run business. We have been offered a place in the new development but I won’t take them up on the offer because we’ll lose our identity.” Conversely, the mood on the other side of the street is more optimistic. Simeon Rabaiotti, owner of Trade Street Cafe, was excited about the future of the area.

“I think it’s good because it means Cardiff city centre is coming this side of the railway tracks. We’ve only been open six weeks, I’m happy here because it’s a nice spot.

“There’s potential here. It wasn’t the nicest spot but with everything changing it’s getting better. It’s promising what we’ve got here so I’m very pleased Cardiff Council are doing stuff.”

Paul McCarthy, Rightacres chief executive wants the site, dubbed Central Quay, to become a focal gathering place for businesses and visitors with live music, events and a wide choice of bars and restaurants.

Speaking to the BBC, Mr McCarthy said: “The original Brewhouse will form the backdrop to a riverside plaza that will be the heart of the development, offering expansive outdoor space around a huge central water feature that, on a sunny afternoon, people will migrate towards.”

Rightacres said it was working with Transport for Wales, Network Rail, Arriva Trains Wales and Cardiff Council to incorporate a transport link in the development. Artist impressions of the site show a metro system running through the development.

The plans bear a resemblance to Cardiff’s current Brewery Quarter, off St. Mary’s Street. Brains bought the land in 1882 but by 1999 the site had become too small for them prompting a move to their riverside site. The location of Cardiff’s brewery redevelopments. Work on Brewery Quarter (green) began in 2003, work on Central Quay (red) will start later this year.

A redevelopment of the site in the early 2000s proved successful and the area is now home to a collection of pubs, bars and restaurants as well as 42 apartments and penthouses.

If approved, work could start in September 2018. 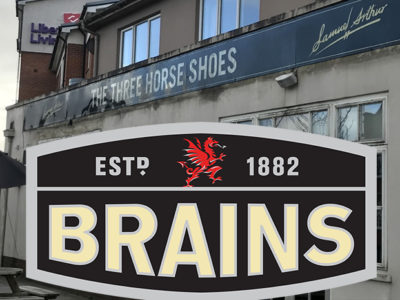