Blues edge out Zebre to chase down Cheetahs 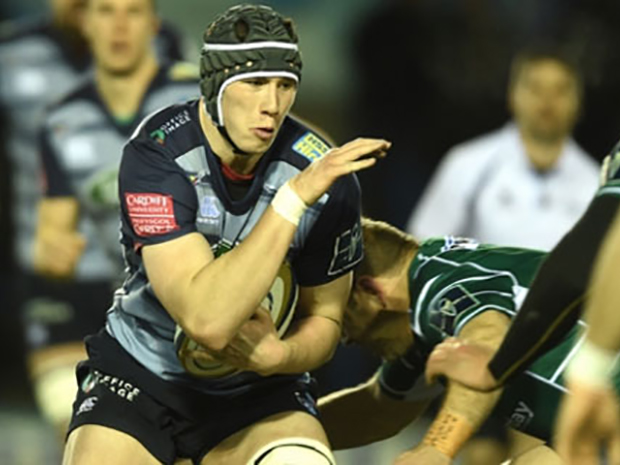 CARDIFF Blues ground out a tense win away in Parma as they overcame Zebre 10-7 to close the gap on third place Toyota Cheetahs.

A converted try from Owen Lane, and a Jarrod Evans penalty were enough to see off their hosts in a sub-standard clash.

After a spell of early pressure from Zebre, in which the Italians crossed the try line three times, only to be held up by the Cardiff defence.

It was the visitors who opened the scoring though, as Ellis Jenkins made a fantastic interception deep in the Blues’s own territory.

His attempted lofted pass was blocked, but Rey Lee-Lo pounced on the loose ball on halfway and fed Owen Lane. Lane raced clear, beating his man to open the scoring.

The hosts stylishly levelled the scores five minutes before the interval. Winger Giovanbattista Venditti intercepted from a Blues ruck on the Zebre’s 22 metre line, and ran the length of the length of the pitch, avoiding Lee-Lo’s last-ditch tackle.

The scoring was completed on 37 minutes, as Jarrod Evans scored a penalty to put the Blues 10-7 in front.

Zebre started the second half the better of the two sides, but were unable to trouble a resolute Blues’s defence. Cardiff Blues took control of the final 10 minutes to secure the win in Italy.

Danny Wilson’s side have now won three in a row, and are now just six points behind third place Toyota Cheetahs. The win sees the Blues maintain their five point lead over Connacht.

The Blues continue their season on Friday, as they host Benneton at Cardiff Arms Park.

Blues, Cardiff Blues, Pro14, rugby, Zebre
You may also like