O’Sullivan out of Welsh Open after masterclass from Higgins 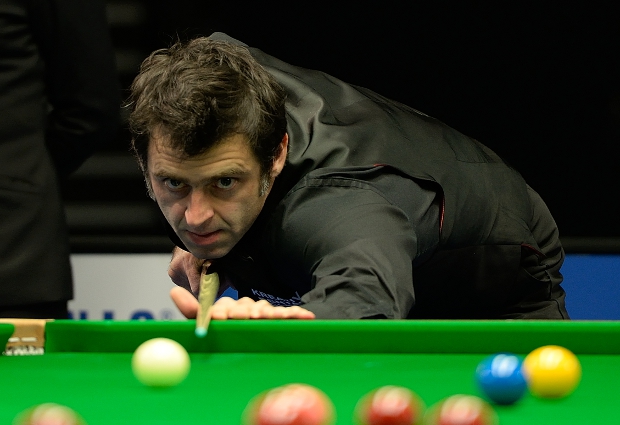 RONNIE O’Sullivan is out of the 2018 Welsh open after being thoroughly beaten 5-1 by world number five, John Higgins, tonight.

The Rocket made a lot of uncharacteristic errors to give Higgins control, with the Scot potting several high breaks, including two centuries, to send O’Sullivan home.

Higgins will now face Gary Wilson tomorrow for a spot in Sunday’s final.

On his defeat O’Sullivan was full of praise for his opponent.

“I knew that if I didn’t find an improvement on what I’ve done so far in the tournament he would get to my weaknesses and he did. He exposed them and I got what I deserved.”

The first frame followed the script from the rest of the week with O’Sullivan pouncing on a poor safety from Higgins to clear up and take the early lead. But the first breakthrough came in the second frame.

Higgins potted a red to the left middle pocket after a brief safety exchange to then go on to score a break of 113, becoming the first player in the tournament to win a frame against  O’Sullivan.

The third frame went the same way after an ill judged safety from O’Sullivan gave Higgins control of the table, with Scot eventually taking the frame 83-0 to take the lead.

A tense fourth frame lasted 28 minutes. Higgins snatched the frame after O’Sullivan potted the white into the left middle pocket just as he seemed certain to clear up.

A quick fire break of 30 from the Rocket did little to stop his opponent as he came unstuck by a clever snooker by Higgins which put O’Sullivan one frame from defeat.

Higgins then survived almost potting the white early in the sixth frame, before a classy break of 101 sealed his spot in the semi finals.

Higgins said he was “surprised” by O’Sullivan’s performance.

“Every win where you beat Ronnie’s a great win,” he said. “He didn’t play great tonight Ronnie and I was a little bit surprised.

“I know I’ve got a tough game with Gary (Wilson). Last time I beat Gary he beat me and he’s getting more used to the business end of tournaments.”

The first semi final between Barry Hawkins and Noppon Saengkham will be played at 1.00pm tomorrow, with Higgins taking on World Number 55 Wilson at 7.00pm in the evening session.