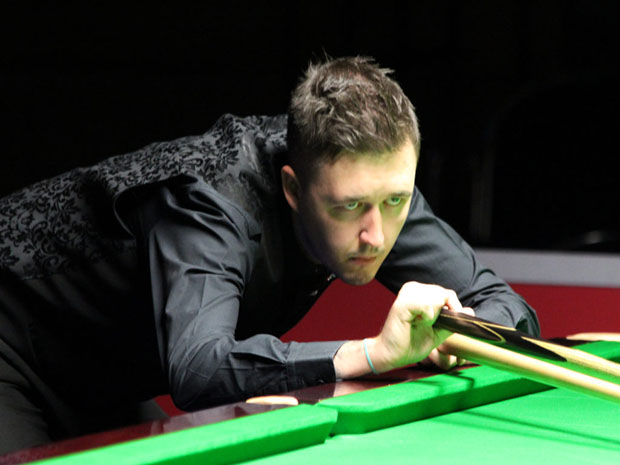 SEVEN of world’s top 10 players are into the quarter-finals of the Welsh Open as the Cardiff competition reaches its final stages.

No Welshmen remain in their home tournament as Mark Williams, Daniel Wells and Matthew Stevens were knocked out in the round of 32, while Dominic Dale was beaten by Shaun Murphy in the last 16.

World number three Mark Williams, who won the sports’ biggest prize the World Championship in 2018, was knocked out by Scot Anthony McGill at the Motorpoint Arena.

The man from Cwm beat Oliver Lines and Jordan Brown before losing 4-1 to McGill on Thursday.

Meanwhile, Stevens lost 4-1 to Chinese player Zhao Xintong who then went on to lose to Mark Selby in the last 16.

Daniel Wells surpassed expectations by reaching the round of 32, eventually losing to giant-killer Gerard Greene, who had beaten world number 16 and Masters finalist Ali Carter to face Wells.

With the competition reaching the quarter-final stage the games get longer, becoming a best of nine match instead of a best of seven.

The pair have faced each other 28 times, with eight of those being in finals – most famously the World Championship final in 2014 where Selby came out on top.

Selby, AKA The Jester From Leicester, is hoping to make it three wins from four in the home nations series – having won both the English and Scottish competitions this season.

The winner of the Selby v O’Sullivan match will face either Neil Robertson or Kyren Wilson in the first semi-final.

Wilson made a maximum 147 break on his way to beating a spirited challenge from Ebbw teenager Jackson Page 4-3.

Page came close to beating the world number eight, leading 3-2 at one stage but ultimately fell short of a big upset.

Defending champion Robertson, came into the tournament in great form having won the World Grand Prix earlier this month.

The Chinese player beat Masters winner Stuart Bingham and Anthony McGill to set up a semi-final with the Wizard of Whishaw.

The last semi-final sees Shaun Murphy battle Judd Trump, the winner facing either Higgins or Bingtao in the second semi-final.

World champion Trump looks in ominous form having only lost three frames across four matches so far while also making the most century breaks with five.

Murphy beat Dale in the last 16 but will face a sterner test against the Juddernaut to reach the final four.

The two semi-finals take place on Saturday afternoon and evening with the competition culminating in the final on Sunday night.