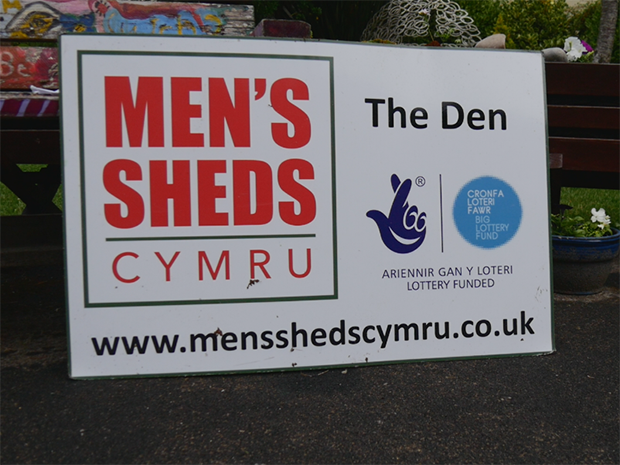 THE Den, a Men’s Shed in Rhiwbina, is donating PPE to care homes around Cardiff, helping those working on the frontline who are lacking appropriate protection.

The concept of a Men’s Shed first began in Australia and has been gaining more and more popularity in the UK since launching in 2013.

The men at The Den has been donating PPE to care homes, physiotherapists and chemists in Cardiff, and have recently extended their contributions to hairdressers and other establishments that are thinking about opening soon in Wales once lockdown restrictions are lifted more.

Member, Chris Griffiths, 60, from Rhiwbina, said that “social distancing has been difficult” but the group has been able to replace their weekly meetings with weekly Zoom calls.

“Men who come, don’t necessarily come to talk about mental health, because men don’t tend to do that. It’s not typically considered ‘the man thing to do’, but it gives men a place where they can meet to share each other’s company,” said Mr Griffiths.

The UK Men’s Sheds Association carried out a survey of their members in 2018 to see what impact joining a Men’s Shed had on mental health and community life.

89% of members surveyed said that they had felt a decrease in depression, 75% said they felt a reduction in anxiety and 88% said they felt more engaged in their community following regular attendance at a Men’s Shed.