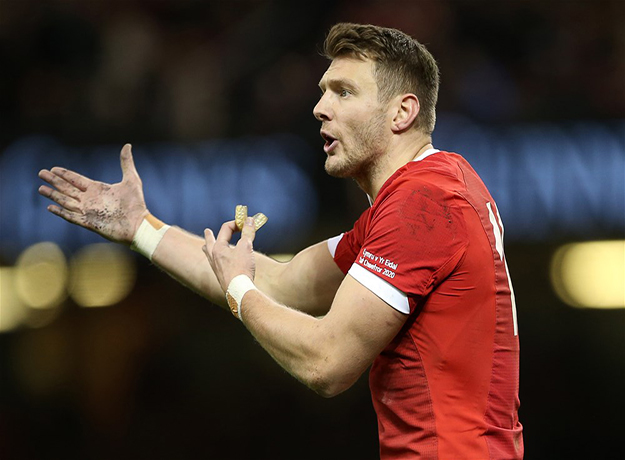 Injured Josh Adams is also likely to start against France

WAYNE Pivac will decide whether to call up extra fly-half cover as Dan Biggar looks to have recovered from the head injury he sustained against Ireland.

With Owen Williams ruled out for the rest of the tournament, Wales only have one fully fit No.10 in inexperienced Jarred Evans.

In-form Dragons fly-half Sam Davies could be called up to the squad, with many believing that he was unlucky to originally miss the cut.

Skills coach Neil Jenkins said: “Dan is a tough old player and hopefully he will do everything he needs to do and will be back ready for France.

“We’ve got Jarrod going pretty well. He is still a young kid who is learning and trying to get better.”

There has been concern over Biggar getting another head injury after having two during the recent World Cup in Japan.

“The World Cup was a concern, I’m not going to lie about that, in terms of the heavy ones he had out there.” said Jenkins.

Wales are also waiting on the news of how serious Josh Adams’ injury is which saw him leave the field early against Ireland.

Jenkins said: “Ideally we need to get him fit.

“He comes and watches training but he won’t take part until he’s fully right. Hopefully he’s ready for next week.”

Wales will face France at the Principality on February 21. Les Bleus have not won in Cardiff since 2010.

Ex-Wales defence coach Shaun Edwards will face off against his former players and hopes to coach his young French side to break that record.

France are currently unbeaten in the Six Nations this year, while a poor performance in Ireland mean that Wales will not retain the Grand Slam.

Jenkins thinks that this week’s break will give his players time to recharge and prepare for the task of facing a French side high in confidence.

“The Six Nations is a tough tournament. You need the down weeks. These games are tough and uncompromising.