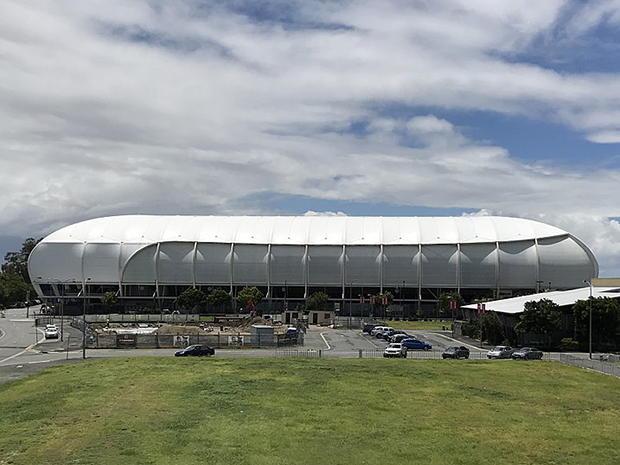 WALES women’s sevens squad has been named for the upcoming Commonwealth Games, which takes place next month on Australia’s Gold Coast.

Women’s sevens will be played for the first time at the Games since they started 88 years ago.

Wales’s sevens team features an Olympian in Jaz Joyce (all Scarlets), who made her first appearance in the Six Nations in Wales’s 15-22 loss to Italy on Sunday.

Five of the 12-strong squad are involved in Wales Women’s Six Nations campaign, where Wales currently sit fifth in the table.

Head coach Nick Wakley has a variety of experienced players to pick from, with three of these Six Nations players, Alisha Butchers, Sioned Harries and Elinor Snowsill (Dragons) having over 40 caps each.

“It is a real credit to all of the players’ commitment and dedication that they find themselves in these huge global tournaments which could go a long way towards sculpting the environment for the next generation of Welsh women rugby players,” said Mr Wakley.

Wales will have a tough group, with Australia, Fiji and England also playing in Pool B Games to be held at the 27,500-capacity Robina Stadium from April 13-15.

Before heading to the Gold Coast, Wales’s squad will take part in the Hong Kong Sevens (April 6-8) as the team seek to qualify for next year’s World Rugby Sevens Series.