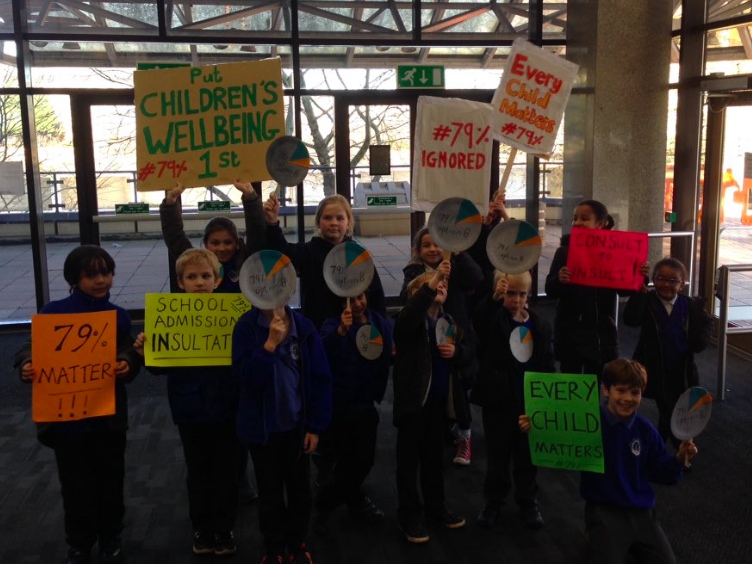 CARDIFF Council has been accused of “making a mockery” of public consultations with plans to ditch the idea of feeder schools despite 79% of people voting for them.

“There was no point even consulting. They’d already made a decision: they’ve just made a mockery of the whole thing,” one parent said yesterday, after the Children and Young People Scrutiny Committee met to discuss the proposal.

In a consultation last December and January, the council proposed two options for the 2019/20 admission criteria to Cardiff secondary schools – some of which are heavily over-subscribed.

Option A was broadly in line with current policy. However, Option B would introduce feeder primaries in catchment areas and give children from these schools priority. 79% of respondents chose option B, which included feeder schools in the list of admission criteria

But a report this week by Nick Batchelor, Director of Education and Lifelong Learning, advised Cabinet to implement Option A when it makes the final decision at a meeting tomorrow (Thursday).

“There is insufficient evidence that introducing feeder primary schools would be beneficial city-wide,” Coun Merry said in a statement, which outlined concerns that feeder schools would disadvantage families moving into the area because of job changes or personal circumstances, as well as those seeking asylum.

“While there are merits to the system for some areas, we cannot introduce something that would be detrimental to the children living across the city.”

On Wednesday she sent an email to Cabinet, warning: “Parents are very frustrated and the Council’s reputation is at stake here.

“Option B would have shown that the Council is a listening one rather than a cynical organisation going through the motions. I would suggest that we never again ‘consult’ on a specific proposal which we have absolutely no intention of implementing.”

Living together, growing together, learning together – that's what we are championing here at County Hall. Let children in community primary schools go to their community secondary school #79percentignored pic.twitter.com/B5rkajIpHt

The changes will affect children across Cardiff, Coun Merry said – and as over 80% of respondents were from four postcodes, they may not represent all parents.

“I suspect most parents in the city do not know there was a consultation. We have to bear that in mind when looking at the responses. It doesn’t mean at all that we are disregarding these views, but we have to think about how other parents might feel as well,” she told committee members.

However, in her letter to Cabinet, Coun Lent wrote that there had been no argument “of any substance” for claims that Option A would benefit most parents – and said that Coun Merry had ignored the benefits of children transitioning to secondary school with their peers.

“The assertion that if people knew about the effects, they would have gone for option A is the worst sort of argument. It’s ridiculous,” she told The Cardiffian.

“There may well be a lot of parents who didn’t respond who would also have preferred option B.”

At the meeting, Coun Merry also stressed that consultations do not necessarily change things, telling the committee: “it is not an actual vote on outcomes, no matter how frustrating that might be.”

But this prompted anger amongst Roath Park Primary parents.

“What I want to know is how much did the consultation actually cost? Because Sarah Merry’s comments today have proven that consultations are just there to tick a box, so they don’t mean anything, said Shavanah Taj, who has two children in Reception and Year 2.

“Just don’t do it in the first place then, and don’t make a mockery of the whole system.”

“It does make a mockery of the consultation,” said Carol Cobert, Church in Wales representative.

“I have been involved in lots of consultations. It is a tick-box exercise and that is the frustration,” said Labour councillor and committee chair Lee Bridgeman

The committee is advising Cabinet not to ditch the feeder schools idea until there has been an impact assessment to judge whether Option A really is better for children.

“Cabinet should delay its decision until they have done an impact assessment on children currently affected by Option A: the kids who haven’t got a place, who would have got a place in a feeder school. Who are these pupils, and what are their backgrounds?” said Rebecca Crump, parent governor representative.

The committee’s letter will be sent to Cabinet before tomorrow’s meeting – where Roath Park parents plan on continuing the fight.

“As far as we’re concerned, today is the starting point of a much longer fight,” said Ms Taj on Tuesday. “Come Thursday we will be standing outside and we will be making sure that our councillors hear us.”