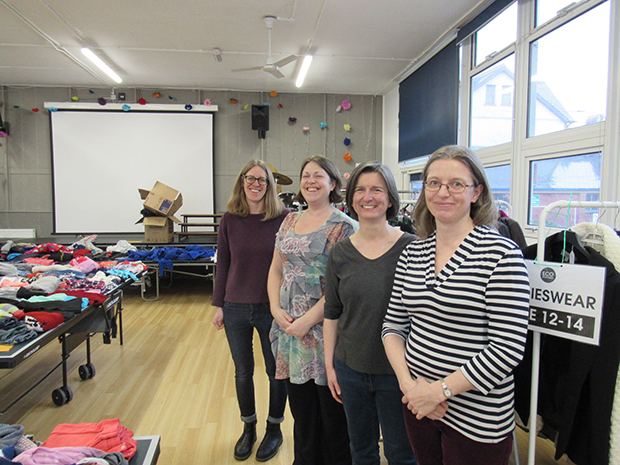 SECOND-HAND clothes and party packs are helping a Roath primary school lead the way for environmentally friendly schools in Cardiff.

Roath Park Primary School held its second-hand eco-boutique for the second time and has also started eco party packs, which have been adopted by other schools nationally.

Clothes were donated by parents and sold for £10 per bag – unsold clothes will be sold on eBay or to Cash for Clothes.

Betsi, in Year 3, said she wanted to be on the school’s eco-council instead of the school council because it was more important.

“If you do eco-council, it will help thousands of other people in the world, not just children,” she said.

She helps the eco-council with different tasks and said it was planning a project on reusable materials.

Betsi said: “We have jobs for litter picking, and we get a job for going around turning off the lights so that we don’t waste electricity.”

She said she also helped recycle crisp packets, which can’t be recycled normally, “although it does stink”.

Parents at the school started the first party pack hire scheme in the area. It lets parents rent reusable cutlery instead of buying single-use plastic for children’s parties.

Similar packs have now been adopted by Marlborough Primary School in Roath and they exist in Bristol and Frome.

“It’s really lovely to know that it started here,” said Jo Harris, vice-chair of the PTA.

She said that it helped make environmentally-friendly living more affordable.

The sale raised money for improvements to the school – such as sports equipment or books.

Lewis Fitzgerald, deputy head of the school, praised the school’s performance in the 10 Day Turn Down, a competition encouraging pupils to turn off lights and save energy.

He said: “We came 9th in Cardiff, which is really good going because we had a school disco in between.

“We’re very grateful for that and what’s nice is the children are really on board with that as well. They’re really conscientious – we have an eco team in school that’s really big.”

Mrs Harris said: “It’s good for the children to see that grown-ups are making changes and that we’re making the risk to the planet seriously – that we don’t want them to inherit a world that’s totally ruined.”