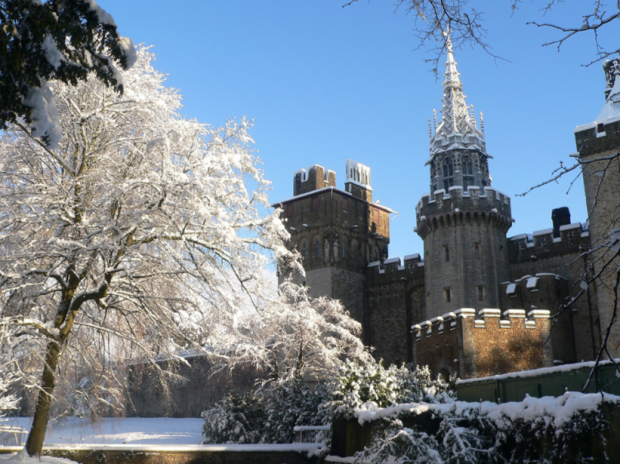 THE Met Office has increased its weather warning to amber as Cardiff prepares for another bout of wintry weather, just two weeks after the Beast From the East hit the capital with 20cm of snow.

The amber warning for snow begins at midnight on Sunday and will last until 6pm. A yellow warning will then be in place until 10am on Monday morning.

The Meteo France prediction model suggests that Cardiff will now get up to 5cm of snow, 3cm more than the earlier prediction.

The Met Office warning said: “There is the potential for a spell of snow, moving west over southwest Britain on Saturday night and become locally heavy on Sunday.

“Strong easterly winds will lead to some drifting of snow. Travel delays on roads are likely, stranding some vehicles and passengers.

“Some delays and cancellations to rail and air travel are likely. There is a good chance that some rural communities could become cut off with some disruption to power supplies.”

Those attending the Six Nations finale on Saturday at the Principality Stadium, or the football at the Cardiff City Stadium on Sunday have been told to double check their journeys as there is likely to be disruption to trains and buses.

Transport is already affected this weekend by the Six Nations, with many city centre roads closed and bus routes diverted.

Many sports fans are concerned about the impact it might have to sporting events over the weekend. Daniel Heines, 35 from Whitchurch said: “If the last time we had snow is anything to go by then it’s going to be awful.

“I’ve been looking forward to the rugby for months, it will be a bit sad if the stadium is half empty because everyone’s worried about snow.”

Cardiff Devils fan Claire had a different approach, she said: “I don’t care what the weather is I’m not missing the game this weekend.

“It’s nearly the end of the season so I don’t have many more chances. We had snow a few weeks ago so surely the council is better prepared now to cope with it all.”

amber warning, beast from the east, Met Office, snow, weather, weather warning
You may also like