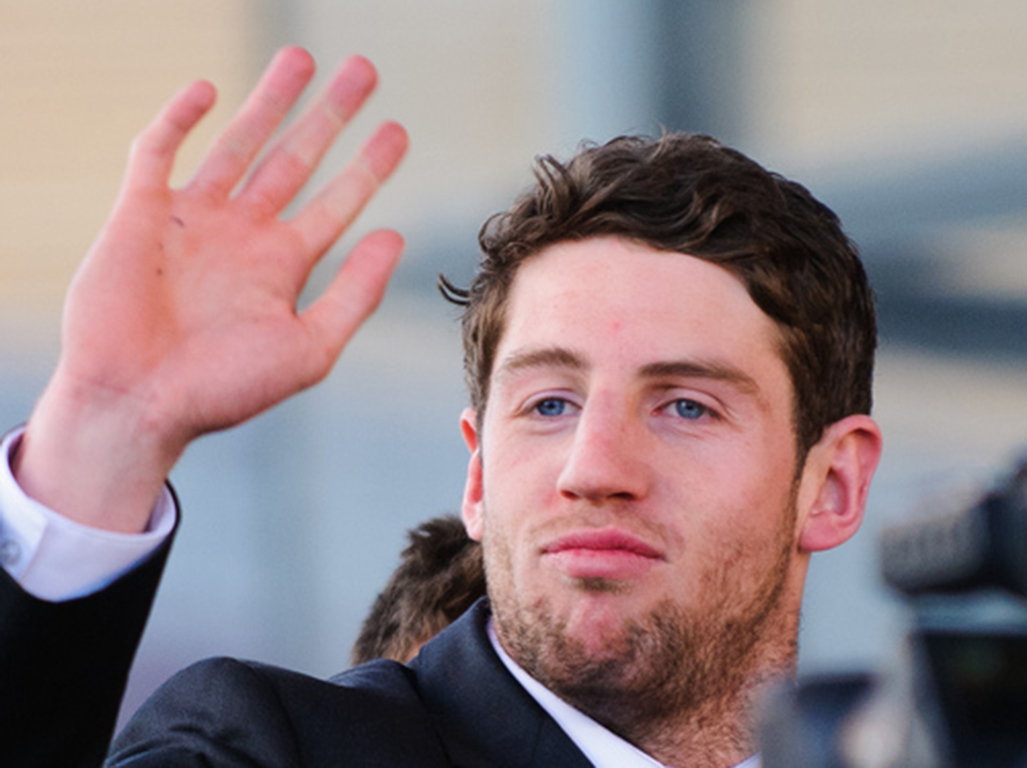 CARDIFF Blues winger Alex Cuthbert will leave the region at the end of the season, having signed a three-year deal with Exeter Chiefs.

The move to the Premiership club will mean an end to Cuthbert’s Wales career, as new selection rules mean that only players with 60 or more caps can represent their country while playing outside the country.

Cuthbert has represented Wales on 41 occasions and represented the British and Irish Lions once in 2013.

The Welshman has made 112 appearances for the Blues since joining in 2011, and has 45 tries to his name in that time.

Speaking about his decision, Cuthbert said: “A lot of thought went into what I was going to do next and at this stage of my career I felt I needed a new challenge.

“I have been at Cardiff Blues for my entire career and the offer at Exeter was the perfect opportunity for me both as a player and definitely as a person to reach out and see what else is out there.”

Looking back at his seven-year career with the Blues, Cuthbert picked out a few highlights.

He said: “My first game, playing against Treviso, stands out. That was my first real experience of top level rugby and I was playing with the likes of Martyn Williams, Xavier Rush, Deniol Jones, Ben Blair and Casey Laulala, some real top players, who I learnt a lot from.

“The win against Toulon in 2013 was also huge – they hadn’t lost that year and went on to win the competition that season.

“This year’s victory over Toulouse at home was also special. They’re obviously a big team, known for winning big trophies and that was a great win to give something back to the fans.

“It’s a real honour running out every game here, it’s always a great atmosphere and I always look forward to playing at the Arms Park.”

The winger is currently recovering from a knee injury which has kept him out since February, but he could be passed fit for the trip to Murrayfield to face Edinburgh in the European Challenge Cup quarter-final.

He said: “I’m really keen to get back on the pitch now, especially with everything we have to play for and the chance to win silverware in two competitions.

“It’s maybe a long shot with the play-offs but we are still in with a chance and with the quarter-final we have a great opportunity.

“It would be awesome to get the win and come back here to the Arms Park but we can take nothing for granted because it’s going to be a really tough game. Edinburgh are rejuvenated under Richard Cockerill and are a real tough team to beat.

“I’m keen to get back and involved, if fit and selected, and if we get through this weekend we would back ourselves against any team at home. It would be really nice to finish on a high.”