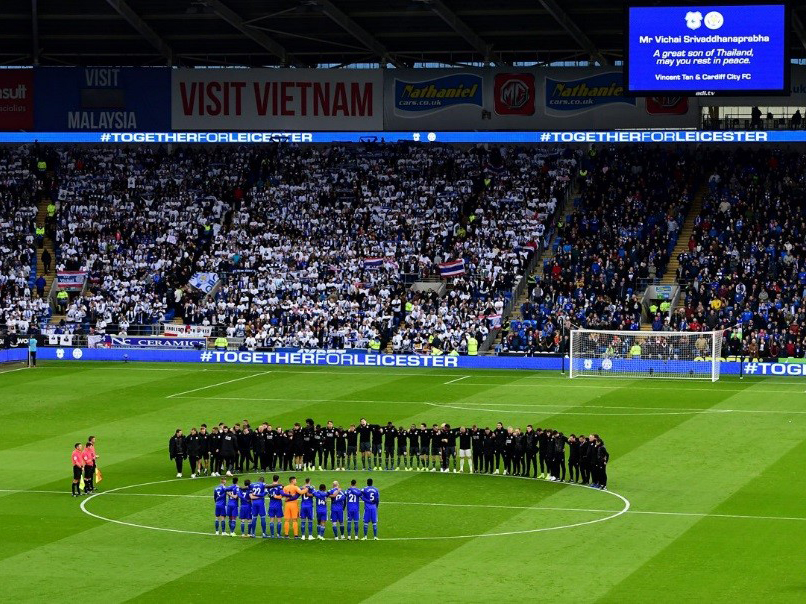 CARDIFF host Brighton at 12.30pm today, in what will be manager Neil Warnock’s 100th match at the helm.

The Bluebirds will be aiming to respond to their emotionally-charged 1-0 defeat to Leicester last time out.

It was Leicester’s first game since the tragic death of their owner Vichai Srivaddhanaprabha, and another four people in a helicopter crash on October 27.

Warnock admitted it had been difficult to navigate his players through a “surreal day for football”.

“It was a difficult week for everybody. Some players felt it more than others,” he said.

The result was Cardiff’s second defeat in a row, which sees them fall further into the relegation mire after taking just five points from their 11 matches.

Brighton remain comfortable in 12th, despite their 3-1 loss to Everton on Saturday.

Their humbling at Goodison Park saw an end to an impressive hat-trick of Premier League wins for the Seagulls, something they had not managed in the top flight since 1981.

The game also sees former Bluebirds manager Paul Trollope return to the club for the first time since he was sacked in October 2016, after a forgettable 12-match stint.

Prior to that, Trollope assisted Russell Slade at the club, and returns to the Cardiff City Stadium as assistant to Brighton manager Chris Hughton.

Cardiff will be missing Harry Arter, who is suspended following his fifth booking of the season against Leicester, but Joe Ralls is available.

“Joe’s back training, but he’s not been able to do any training until this week. He’ll definitely be in the squad,” said Warnock.

For Brighton, the game may come too soon for influential midfielders Pascal Gross and Davy Propper, while goalkeeper David Button and forward Alireza Jahanbakhsh are also out.

Brighton’s talisman is striker Glenn Murray, who has netted six times already this campaign. His last came against Wolves two weeks ago and was his 100th in a Brighton shirt.

The game kicks off at the unusual time of 12.30pm due to Sky Sports coverage. You can watch it on Sky Sports Premier League or Main Event from 11.30am.