Record high temperatures a year after Beast from the East 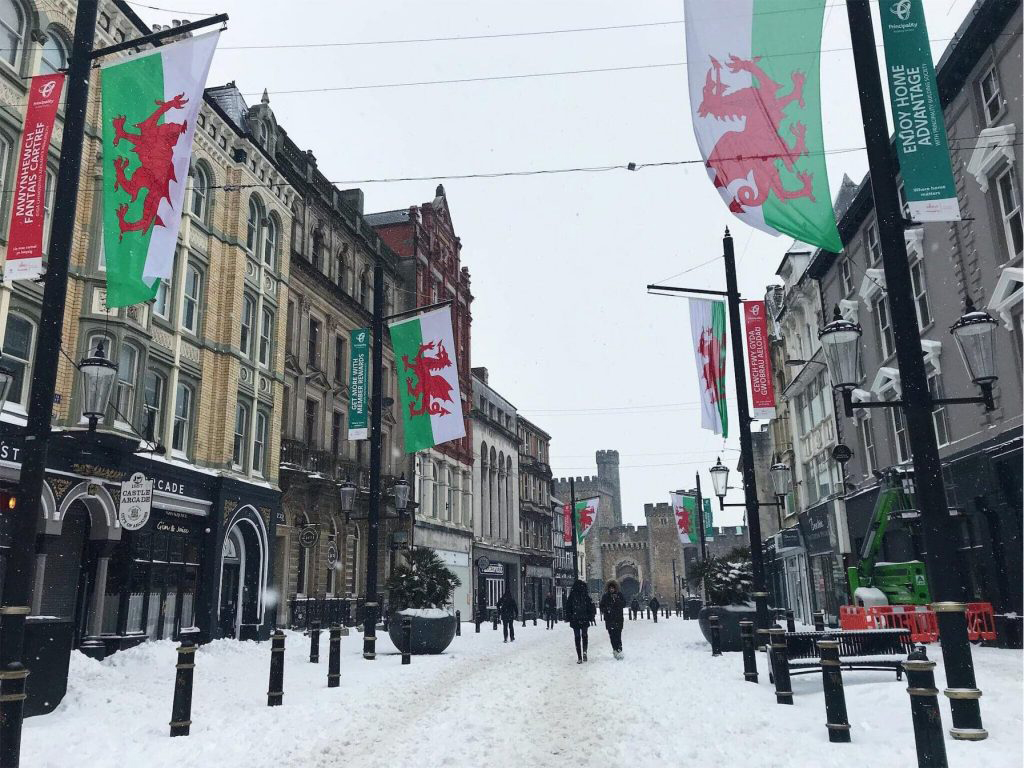 TEMPERATURES in Wales have been up to 16.8°c warmer than average this February in sharp contrast to the cold snap caused by the Beast from the East last year.

Last week, two record high temperatures for Wales were set with 20.6°c recorded at Trawsgoed, Ceredigion on Monday, February 25 and 20.8°c in Porthmadog the following day.

The same time a year ago on February 26, 2018, the maximum temperature in Cardiff was 3.6°c and the minimum was 0.1°c, a difference of over 17°c compared to the new record set this year. Vicky Bryant, 38, from Cardiff with her two children Tallulah, seven, and Harri, four, enjoying the warm weather in Cardiff Bay on February 26, 2019. Photo by John Cooper The warm weather was a far cry from Cardiff last year

While locals enjoyed the warm and sunny weather last week, last year Cardiff endured a deep freeze with heavy snow during the Beast from the East, which lasted from February 22 to March 2, 2018.

Last year, temperatures were 1.2°c below Wales’ February average of 3.97°c but this year, the mean temperature was 6.4°c. Derek Brockway, the BBC Wales weather presenter, drew attention to the contrast in the weather on February 26 with a clip of a meteorological chart showing the arrival of cold temperatures on the same day in 2018.

This is a tweet of mine from late February 2018 with the 'Beast from the East'! https://t.co/MJLypqS9t8

It couldn't be more different this year!

A Met Office spokesperson said: “The cold weather last year was caused by the jet stream looping to the south of the UK.

“This allowed cold continental air from the east to dominate and bring sustained cold and snowy weather.”

According to the Met Office, the jet stream is a group of strong winds which are part of the atmosphere blow from west to east.

The warm weather this year was also due to a change in the jet stream, which swung upwards to the north of the UK bringing warmer air from the south.

A Met Office spokesperson said: “Last week’s warm weather was caused by low and high-pressure systems interacting to draw warm air up from Africa and the mid-Atlantic.”

The jet stream has since straightened and moved further south, bringing cooler air.

Joseph Dutton, from the E3G climate think tank in London, told Euronews that climate change was causing changes to the jet stream.

“Evidence suggests that the warming of the Arctic is destabilising the jet stream,” said Mr Dutton.

A Met Office spokesman told The Guardian that the record-breaking warm weather was thought to be “largely to do with climate change.”

The Guardian also reported that climate researcher Geert Jan van Oldenborgh, based at the Royal Netherlands Meteorolgical Institute said: “This is an incredible jump in record temperatures. If you asked me a few months ago, I would have said it is ridiculous.”

The spell of warm and sunny weather was broken by Storm Freya, a low-pressure weather system which hit Wales over the weekend, causing high wind and heavy rain.

Gusts of up to 76 mph were recorded in Mumbles, Swansea and the M4 was closed in both directions between junctions 41 and 42 due to high winds.

One driver, who did not want to be named, said they had to use a diversion on Sunday at around 5pm due to the closure.

“The roads were quite bad because of the wind and you could tell that drivers were generally driving slower.

The closure meant I was diverted and added around 20 minutes to my journey,” said the driver.

Today, the Met Office has issued a yellow weather warning for heavy rain in south Wales and strong to gale force winds.

A yellow warning means people should be aware and plan ahead, considering how the weather may disrupt day-to-day activities.

The warning comes into effect from 6pm today and will last until 9am tomorrow.

Storm Dennis: Race to clean up as more rain is on way