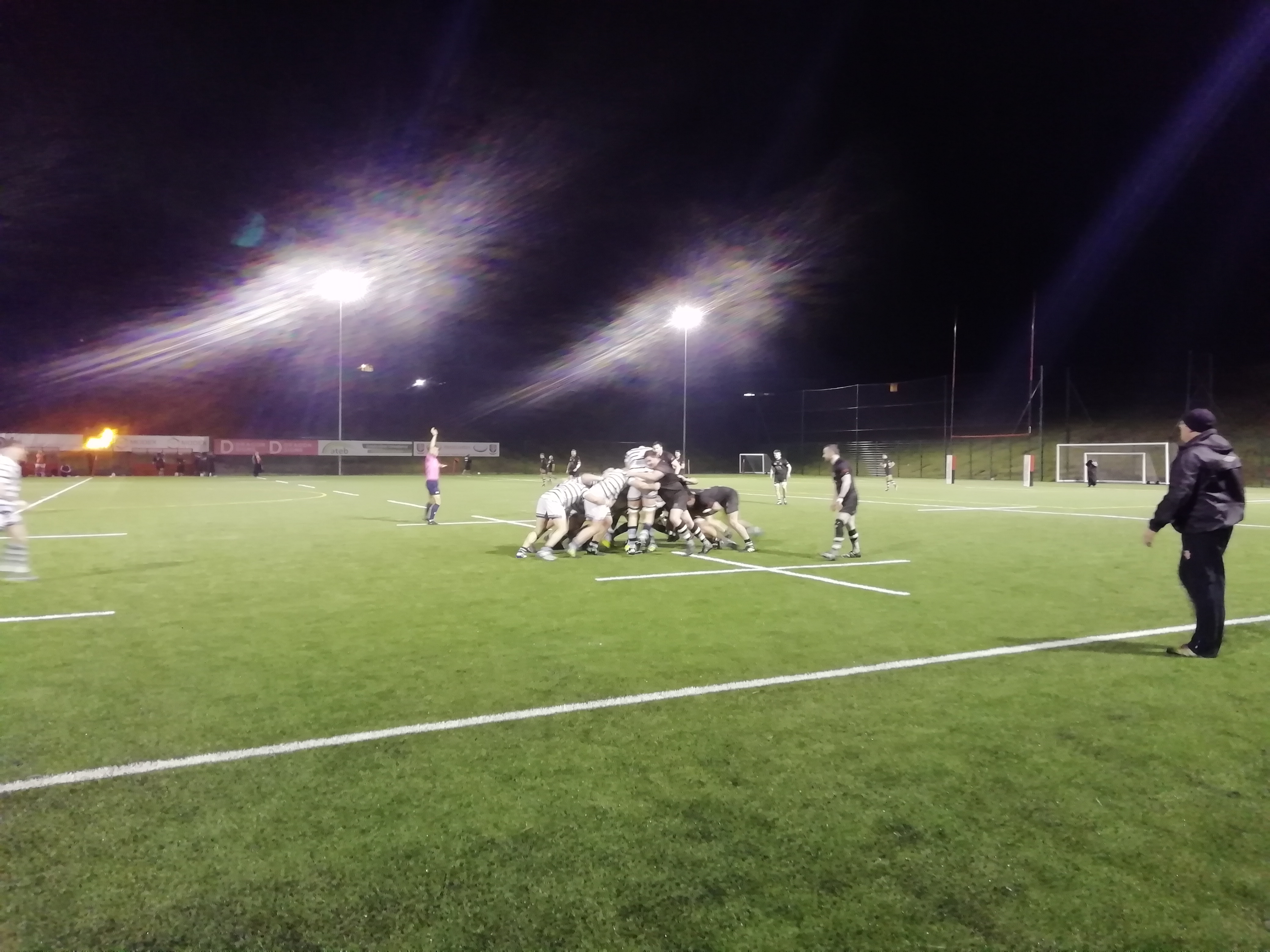 Lyons’ men ran riot on a Rhiwbina side certainly not at their best. With three games in hand on their title rivals, it is still all to play for.

VICTORY for Glamorgan Wanderers against rivals Rhiwbina RFC has put them in the driving seat to reach the playoffs.

In the first of two matches between the league rivals, which took place on Friday, Wanderers won 35-9 to extended their lead at the top of League 1 East Central to 14 points.

Rhiwbina still hold three games in hand on the Wanderers, but on current form, even that may be a big ask for Lintern’s men.

The Wanderers meanwhile are now eleven games unbeaten, last tasting defeat against Mountain Ash RFC in what was a dismal October when they also lost to Treorchy and Rumney.

Eleven games later after resounding wins against the likes of Dinas Powys and Bridgend, last season’s runners-up have since rocketed to the top and they have not looked back.

After the disappointment of last season, what has been remarkable about Lyons’ men is their ability to grind out results when the going gets tough.

Their 22-8 comeback away at Porth Harlequins in January paints a very different picture to a side who finished nine points behind champions Ystrad Rhondda RFC last season.

Rhiwbina’s form has been mixed of late, however.

The Squirrels look set to improve on their fourth-place finish last season and had won eight-in-a-row in an impressive run prior to defeat away at St. Josephs last month.

Since then, a win over Dinas Powys has been sandwiched among three defeats for Lintern’s men, including a 21-15 defeat away to strugglers Gilfach Goch.

With both teams not playing until March 23 it will give the rivals a much-needed rest as the play-off race heats up.

Next up for Glamorgan is an away tie at Llantrisant, who have lost their last eight and are tipped to go down with only five games left to turn things around.

Rhiwbina, meanwhile, will hope to put an end to their recent form by beating Bridgend, who are now just three points behind them.

The Squirrels have not played Bridgend this season but with the third-placed side having won their last six and are sizing up the opportunity to leapfrog their rivals, it will be a difficult task for Rhiwbina.

Despite another tie against Rhiwbina to come at the end of this month, Glamorgan Wanderers manager, John Lyons, feels that Cambrian Welfare may have the final say on who will lift the title come May.

He told The Cardiffian: “The last game for us is now is the April 13 tie against Cambrian at home and they’re no mugs. They’ve got players coming back and Rhiwbina have got to go up there yet. That’s a difficult, intimidating place to go.”

The title race is on…