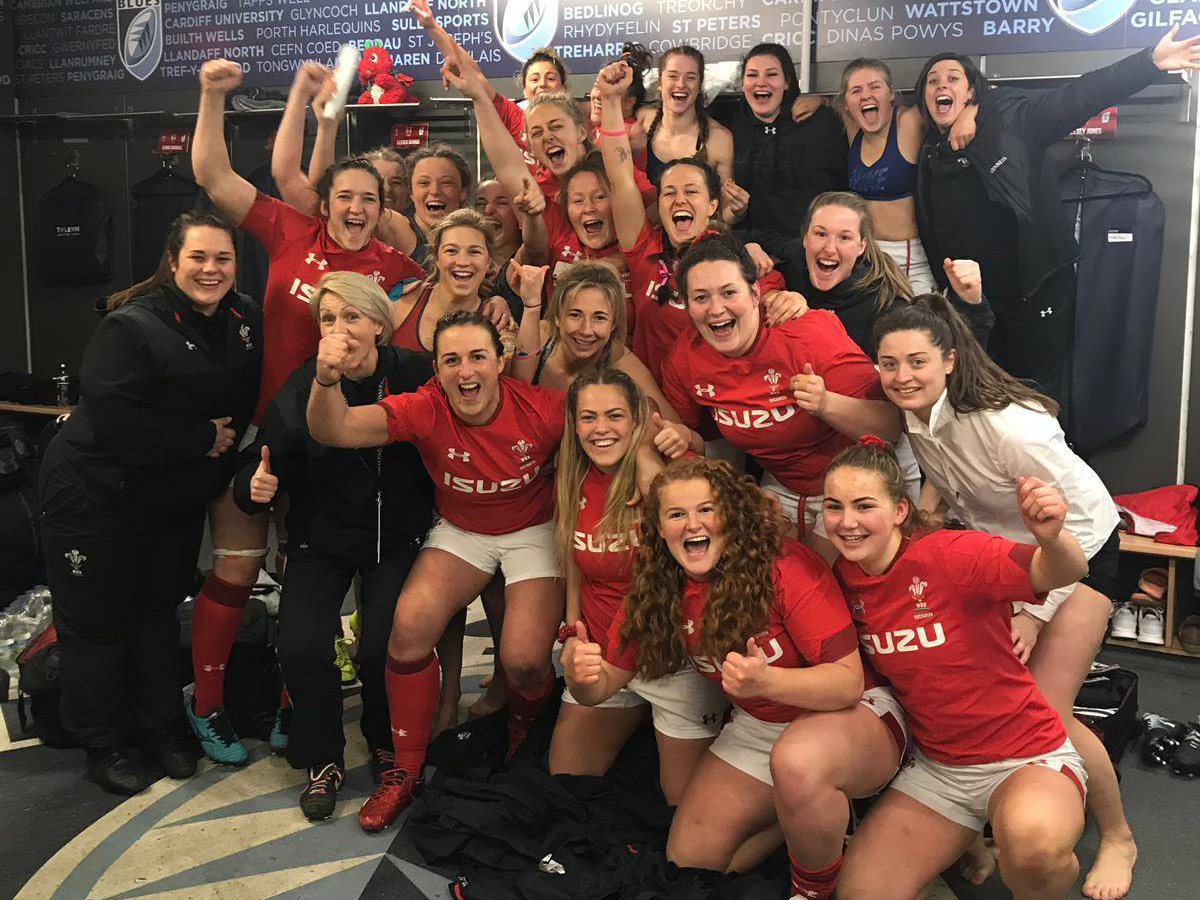 WALES WOMEN finished their campaign in this year’s Six Nations with a win over Ireland at the Arms Park.

The home side outpaced and out-thought their opposition, who mainly went with an front-up physical approach.

The 24-5 win was the second victory for Wales this tournament after their last gasp success in Scotland, meaning Wales finished in fourth – top of the Celtic pile. Onwards and upwards for Phillips

Last year Wales finished bottom of the Six Nations, in a very disappointing campaign. But since the Autumn, Rowland Phillips’ side have looked much better, with two wins and a draw in this campaign and losses only to the two favourites – England and France.

The Wales squad is still semi-professional. England and France are professional outfits.

Wales have been particularly dogged in the campaign, grinding the Irish down, scoring a fantastic come-back against the Scots and scrapping out a tough draw against an Italian side that went on to beat last year’s champions France.

Jaz Joyce has been excellent as per, but Siwan Lillicrap and Beth Lewis have been real standouts for the side and could lead to more success in the future. Manon at flanker against France

Much of Wales pre-tournament talk was on how young and inexperienced the side was.

However, the likes of school-girl Manon Johnes, fullback Lauren Smyth, and centre Lleucu George all dispelled those concerns.

Smyth was comfortable under the highball and looked like she was never phased by the pressure of the campaign.

George was assured in her goal-kicking and was able to open up play through the midfield against Ireland with ease.

Johnes eagerness showed in the form of crunching tackles throughout the campaign from the flanker.

Johnes told the Cardiffian: “Certainly the campaign is a springboard for the future. We started developing in the autumns and turning that development into winning games.

“Hopefully now we will rest and start regional pre-season in the summer ahead of another autumn series. We can only build from here and I’m excited to see where we can go.” This Welsh side is quick, that is for sure, and Jaz Jones’ try against the Irish just confirmed that.

But it was their tactical nous that won the game for Wales against a team that had the potential to bully them off the park.

Hard tackles, keeping away from the ruck, and sucking Irish defenders in for counter attacks on the wings all spelled a fantastic win for Wales.

Against Italy the same conundrum of how not to be bullied at the break down was presented.

But again, the focus on tackling and not engaging with rucks and mauls all helped to produce a fantastic draw away from home.

Though this was a very good championship for the Welsh, England are still streams ahead, showing the difference money and time makes.

But tactical awareness and good game plans helped put two tries past the Red Roses, which is even more impressive when Scotland lost 85-0 to the same opposition.

A fourth-place finish, a win in Glasgow and a thriving group of young players, Wales women in 2020 could easily challenge for the podium.