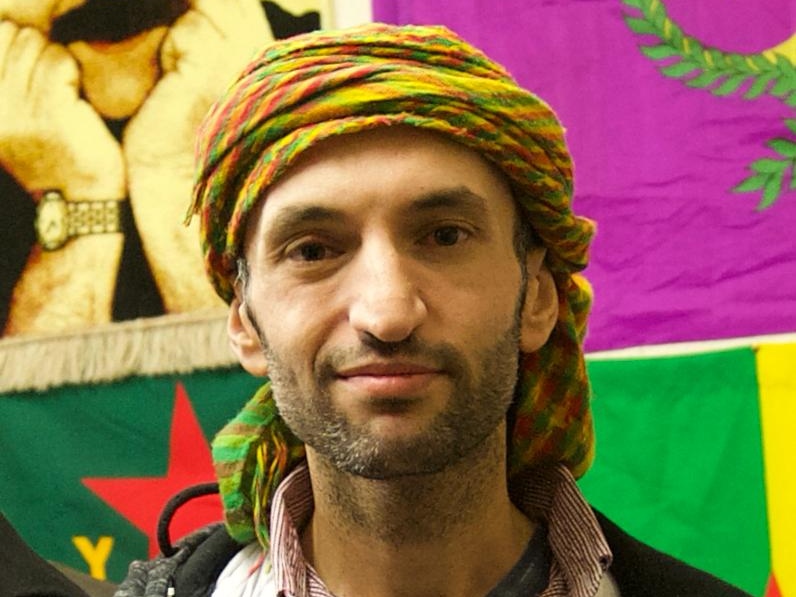 A Kurdish activist in Wales has been on a hunger strike for 100 days, the longest in UK history.

Imam Sis, 32, a political refugee from Turkey who lives in Newport, has survived on a diet of vitamin B1 and B12 tablets, freshly squished lemon once a day, tea, and salt water.

He is protesting in solidarity with Abdullah Öcalan, one of the founders of the Kurdistan Workers’ Party (PKK) who has been in isolation in a Turkish prison since 1999.

They are demanding that Abdullah Öcalan be allowed to see his family and lawyer.

“I thought that if I did this strike in the UK it would put pressure on the British government so that they wouldn’t be able to support the Turkish state as easily,” Mr Sis said.

“This is the most peaceful protest that we can do. We don’t want to sacrifice our lives for this basic human right; but if we have to do this, that’s what is going to happen.

“If the isolation stops, I will stop. If not, I will continue.”

Mr Sis currently lives in the Kurdish Community Centre in Newport and is taking part in a solidarity hunger strike with protestors from around the world, including 300 Kurdish protesters in Turkey.

He has lost 19kg since he started his hunger strike and now weighs only 62kg.

On Mr Sis’ 38th day of his hunger strike he stopped passing stools. Kurdish protestors in front of the Senedd

On March 20, the Senedd criticised the condition of Abdullah Öcalan, becoming the first parliament in Western Europe to vote to do so.

However, foreign affairs are not a devolved issue, and this motion will not be passed onto Westminster.

Bethan Sayed AM, a member of Plaid Cymru, was one of the people who introduced the motion to the Senedd.

“The ballot is about raising awareness of the issue. We do not have the power to interfere in foreign affairs, but we can make a principled stand,” said Ms Sayed before the vote.

What's happening to the Kurds in the middle east is an international affront to justice and decency which has continued for too long. @bethanjenkins speaks on the Kurdish struggle and why attempts by Tories to muddy the waters on this debate are wrong. pic.twitter.com/Nj5ik7sck2

Adam Johannes, 35, from Cardiff and a friend of Imam Sis, went to the Senedd with a group of Kurdish protesters to show support for the vote.

“I think it is important to ask the Welsh government to be internationalist. It could be the first parliament in Europe to support the demands of Kurdish hunger strikers,” he said.

“It will put Wales on the world stage of taking a stand on the Kurdish issue.

“There is an urgency because Hunger strikers could die.”

On March 27, Kurdish activists are opening the doors to the Kurdish Community Centre on St Patricks Road in Newport.

From 6.00pm to 9.00pm, they will be holding a meeting for people in the community to come and learn about Abdullah Öcalan and what the group is going to do next.

Abdullah Öcalan, Imam Sis, Senedd
You may also like