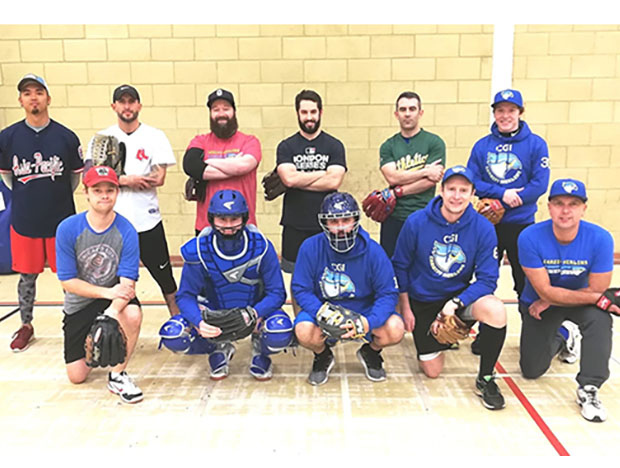 CARDIFF Merlins, the city’s only baseball club, are looking to build on the initial success of their first full season.

“We lost a lot of games in the first half of the season, but we were never that far behind,” said Merlins player Andrew Snow.

“By the middle of the season we were winning every game. It was a sharp contrast to first half.

The team competed in the South West Baseball League and lost the single A final against Exeter Spitfires after the league split.

The league divided into single A and double A following a geographical phase in the first half of the season.

“Cardiff Council gave us a field we can call our own at Pontcanna Fields,” said Mr Snow

The team sells t-shirts and merchandise on their website and hope to approach sponsors ahead of next season.

“Next year we want to make ourselves more visible. The amount of people stopping to watch a chunk of a game is great – we’d like more people to stay and watch the games,” said Mr Snow.

“There’s that local pride as well, as we’re the only Welsh team in the league at the moment.”

The club started in 2017 after a one-off friendly against a team in Bristol and applied to join the South West league for the 2019 season.

Monmouthshire Building Society sponsored the team and the club received funding from the Admiral community chest.

“We didn’t want to commit to a full season straight away,” Mr Snow added.

“A one-off friendly is one thing but asking people to commit week in week out is another. We’ve grown really well so far, we’re really pleased.”

However, there are difficulties in playing an American sport in the UK – for example gloves that would cost $30 in America cost £60-70 in the UK.

The difficulties extend beyond finance with players not having the experience of playing the game from a young age.

“Whatever the age, for the vast majority it’s so new to them. We’ve got one Canadian and one American but even they haven’t played for 20 years. The learning curve is drastic.

Major League Baseball (MLB) hosted a London Series this summer between the New York Yankees and Boston Red Sox, to sell-out crowds, showing there is an appetite for the game in the UK.

“It’s a summer sport which is something we’ve sold – to get the kids doing something over the summer months,” said Mr Snow.

“We don’t have that competition for the vast majority of the year.

“The London series was great, but two games weren’t enough. It needs to be sustained.”

With MLB teams playing 162 games in a season Mr Snow suggests that more teams could play more games in London and not make a serious dent in their schedules.

#cardiff, baseball, london series, MLB
You may also like