Cannabis ban is ‘the biggest hypocrisy of all time’ 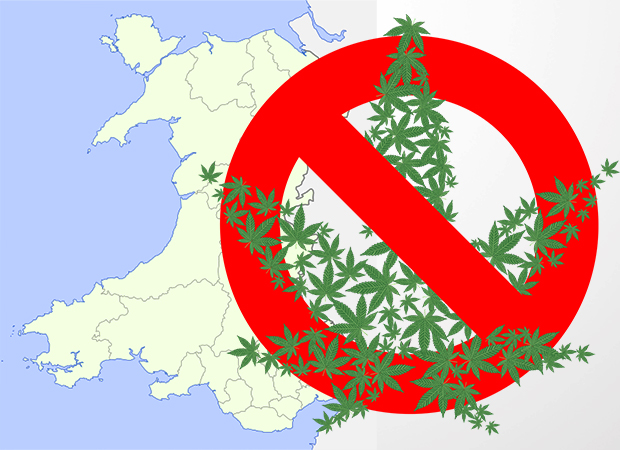 The most vulnerable in society are hardest hit by prohibition, says Cardiff campaigner

IT was 8pm on a cold, uneventful Sunday evening when Dylan picked up the phone and called me using a withheld phone number. He’d been tied up for the last few days with the day-to-day running of a family but was finally able to talk – albeit discretely.

Dylan lives in Cardiff. He has a job, a family, suffers from arthritis, and apologised for any background noise as he made dinner for his kids.

He also grows and smokes cannabis to help with his arthritis – something which, if caught and tried, could see him facing between seven and 16 years in prison.

Online, he runs a blog called Cardiff Cannabis Café. Assuring me that it isn’t actually an Amsterdam-style café, Dylan outlined his work dedicated to the legalisation of various currently illegal substances.

Speaking via headset so he could continue cooking, Dylan began: “People talk about medical cannabis. There’s no such thing. There’s just cannabis.”

Currently a class B drug, cannabis possession carries severe legal penalties. However, public and official opinion on the drug is relaxing – with the legalisation of cannabis-based prescriptions last November.

I asked Dylan if there are different strains for medical use.

Dylan responded, without hesitation: “The first legal import of cannabis to the UK was Jack Herer – grown in Holland. Jack Herer is a cross pollination of skunk.”

“Most cannabis grown in the UK is from GW Pharmaceuticals, who have a licence from the Home Office. They grow a strain derived from skunk.”

Skunk, a strain of cannabis high in the main psychoactive ingredient Tetrahydrocannabinol (THC), has a particularly bad name in popular culture due to its association with antisocial behaviour.

Dylan continued: “They claim medicinal cannabis is different to the skunk you buy on the street. Cannabis with high THC and low CBD is seen as bad for you. Their legal stuff is somehow good for you – guess what, it’s no different.”

Cannabidiol (CBD), the other main chemical in cannabis which does not get people ‘high’, is legal to sell and use in the UK.

The NHS in Wales, and across the UK, recently started issuing its first cannabis-based medicines – but at a far slower rate than private providers.

This has led to both children and adults paying thousands of pounds to relieve chronic pain and conditions like epilepsy – or losing out altogether.

“But theirs is medicinal! It’s good for you,” Dylan joked.

The debate on cannabis legalisation is often dismissed as hoodies wanting to smoke, or hippies wanting a cultural comeback.

Dylan disagrees: “Why does it matter? It matters because it can help so many people. Why should MS, epilepsy, arthritis patients be criminalised?”

Sighing, he added that his use of cannabis to self-medicate has saved the NHS much-needed money.

“I feel let down by politicians. It’s f—–g inhumane for people like me to have to worry that our doors are going to be smashed in.

“It’s worse for others, it’s cruelty,” he continued. “Withholding medicine to a child suffering from epilepsy, as has happened, is abuse. I don’t care what you say, it’s abuse.”

Dylan was referring to cases like that of 17-year-old Bailey Williams, from Cardiff, whose parents joined a protest last March to get access to cannabis-based medicine on the NHS.

He was suffering up to 100 seizures per day and was medicating with non-psychoactive CBD-based products. He needed stronger cannaboids for his condition but the NHS would not prescribe him and 15 others, despite it being legal.

“They say they’re about the damage it has on young minds. Well, do you know what is really damaging to a developing brain, Edd? A seizure. Daily brain injuries.”

Historically, a leading justification for prohibition is that cannabis increases the risk of mental health conditions such as bipolar disorder and schizophrenia.

“If it did cause mental health issues then countries like the USA, Netherlands who have regulated would have seen an uptick in mental health causes and they haven’t. They’ve remained static.”

Over in the US, where the legalise movement has more momentum, Democrat senator Bernie Sanders has been highlighting the racism in the war on drugs. Dylan was keen to show that issues of race and class are central to prohibition in the UK too.

“It’s a social justice issue. That’s what drives us,” he said.

“Black kids are stop and searched far more than white kids. They’re disproportionately affected because they’re the ones who get done.

“Coppers don’t walk the leafy suburbs of North Cardiff. You’ve got a lovely middle class white 40-something guy in Whitchurch with 2oz of coke for Christmas and a big bag of weed in his drawer. He’s not gonna get busted, is he?

“But if you’re a young black kid who’s only social interaction happens on the street and you happen to like a puff, you’re stuffed mate.

“Prohibition drives the division of families – young fathers get arrested and go to prison and they aren’t around for their kids. The kids turn to gangs and to county lines. We haven’t learned anything.”

Conservative and Labour governments have taken hard stances on illicit drugs: Gordon Brown oversaw the reclassification of Cannabis to a class B drug, and Theresa May amplified the war on drugs.

“It’s the biggest hypocrisy of all time. May’s husband has shares in GW Pharma. May tightened up the regime on cannabis and made it more punitive.”

Dylan ended, with the sounds of pots and pans in the background, by saying all drugs should be regulated and decriminalised.

“The weight of prohibition always falls on the most vulnerable in society,” he said.

“Legalisation is seen as this mass experiment. No no no, the experiment is happening right now, and the results are in: more people are dying and being exploited because of the prohibition of cannabis.”