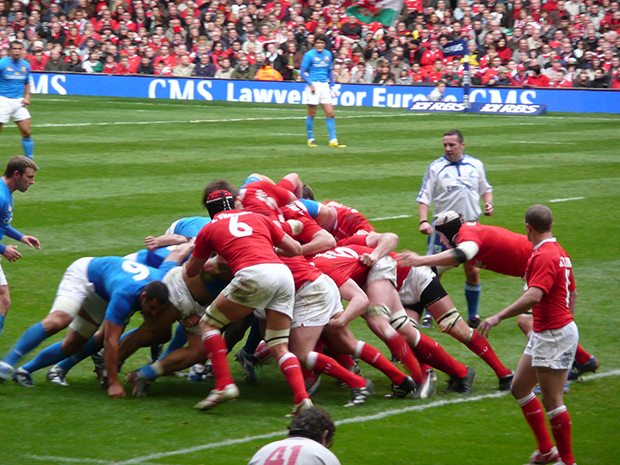 WALES kick off their defence of the Six Nations title on Saturday when they host Italy at the Principality Stadium.

The fixture is a historically favourable one for the home side, who are on a 13-match unbeaten run against the Azzurri.

The Six Nations rivalry began in 2000 when Italy joined the tournament. Wales hosted the Azzurri that year, just as they will on Saturday.

The Italians produced a shock result in the opening fixture of the 2000 tournament, beating 1999 Five Nations winners Scotland 34-20.

Wales started the 2000 tournament with a loss after they were ripped apart by France in a 36-3 hammering.

All the pressure was on Wales when the Italians arrived in Cardiff, with question marks around the solidity of the hosts as a defensive unit.

However, much to the delight of the home supporters Wales ran out comfortable winners on the day.

Tries from Scott Quinnell, Allan Bateman and Shane Howarth, along with 27 points from the boot of Neil Jenkins was enough to secure a 47-16 victory.

There was also a first try for his country for debutant winger Shane Williams.

Wilhemus Visser’s second-half try for the visitors and 11 points for flyhalf Diego Dominguez was all the Italians could muster in response.

Wales fans will be hoping to see a repeat of that result in Saturday’s fixture, with Wayne Pivac looking to mark his first game in the Six Nations as head coach with a victory.