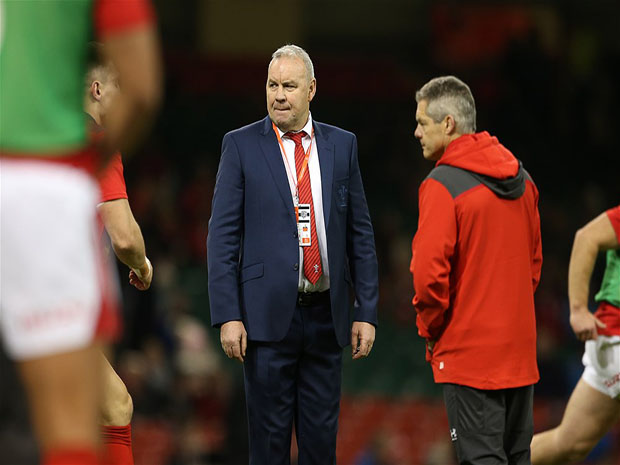 Grand Slam champions kick off the defence of their title at The Principality Stadium against Italy at 2.15pm tomorrow

WAYNE Pivac has chosen George North to replace the injured Jonathan Davies at outside centre and decided not to gamble on teenager Louis Rees-Zammit.

North will make his fifth start for Wales at number 13, beating competition from the uncapped Nick Tompkins.

Tompkins is named on the bench and is expected to make his debut, but North’s international experience and quality persuaded Pivac to give him a chance at centre.

North will be partnered in the centre by the ever-present Hadleigh Parkes.

Rees-Zammit has missed out on a place in the squad despite many tipping him to make his debut against the Azzurri.

Italy are arguably Wales’ weakest opponents for this Six Nations, so it could have been a good opportunity to give the Penarth-born teenager a taste of international rugby without overwhelming pressure.

In Rees-Zammit’s place, Johnny McNicholl will be making his first test appearance.

The winger featured for Wales against the Barbarians and scored. He will make his full debut in the number 14 jersey.

At half back, Tomos Williams will partner Dan Biggar at scrum half, keeping the returning Rhys Webb on the bench. Jarrod Evans will provide cover for fly half.

Rob Evans returns to the fold after his omission from the World Cup Squad, albeit on the bench.

Captain Wyn Jones joins Jake Ball in an experienced second row. Last year’s hero against England, Cory Hill, will be on the bench.

Faletau has not played for Wales since March 2018 and his return intensifies an already fierce back row battle for Wales.

After Josh Navidi’s untimely injury, Ross Moriarty is the back row substitute.

Italy interim head coach Franco Smith has named one uncapped player in his starting XV and another on the substitutes bench.

Benneton second row Niccolo Cannone will win his first cap. He will be packing down in the engine room alongside plenty of experience in 117-cap Alessandro Zanni.

Danilo Fischetti will be hoping to get his first taste of international rugby as he provides cover for the loosehead prop position.

Wales should be wary of the power of flankers Sebastian Negri and Jake Polledri, the latter of whom was described by ex-England international Ben Kay as: “One of the most balanced runners (he’s) ever seen.”

Fly half Carlo Canna moves into midfield as an extra playmaker, hinting that Italy will want to play an expansive game and not be content with keeping it in the forwards.

Injury robbed him of the chance to build on his promising start in 2019. He will look to punish Wales on the counterattack.

Wayne Pivac will be under pressure for his first competitive fixtures in charge of Wales, as a dip in results could mean a difficult World Cup draw.

If Wales slip down the world rankings this Six Nations, they could be drawn into a difficult pool for the France 2023 World Cup.

Wales will be overwhelming favourites to win this game, but the Azzurri should not be dismissed so easily despite the fact they have not won in the Six Nations for 22 games – a tournament record.

Anything other than a convincing win will be a failure for the men in red, as it will be a wasted opportunity to gain a potentially vital bonus point.

English Referee Luke Pearce will be officiating, with Matthew Carley from England and Mike Fraser from New Zealand running the line as touch judges.

The Television Match Official will be James Leckie from Australia.