Home > Going Out > Days Out > Energy, rods and coat hangers: the quiet rise of dowsing in Cardiff

Energy, rods and coat hangers: the quiet rise of dowsing in Cardiff

Once practised by the likes of Leonardo Da Vinci, dowsing is today more associated with New Age hippies and often derided for its lack of scientific grounding.

But it is currently undergoing a quiet renaissance in the UK. Mari Eccles meets the Cardiff branch to find out more.

Last year, the British Society of Dowsers celebrated 80 years of existence while the Cardiff branch, which opened last year, attracts a crowd of 20 to its bi-monthly meetings.

What is it that draws people to dowsing, a spiritual practice in which users search for energy, objects and water, using metal rods and pendulums to guide them?

Grace Edgar, a member at Cardiff and District’s Dowsing Society, started dowsing about six years ago, around the time her daughter left for university.

She said: “I had a lot of spare time on my hands and I started going to some courses.

“At first, it was mind-boggling.”

To the uninitiated, dowsing may seem like wandering around the countryside with a pair of sticks, but what exactly is it?

Grace said: “It is very difficult to describe because we experience different things. You know you are not moving the rods but they are moving.

“You feel it is there and there is all this excitement. ”

According to the British Society of Dowsers, dowsing is “the ability to use a Natural Sensitivity which enables us to know things we cannot know by the use of day-to-day brain or by learning, by experience or by the use of the five physical senses”.

They say it can lead them to find underground water and is sometimes used by archeologists to find missing artifacts.

Some have even credited dowsing with finding missing people.

But keen dowsers also use it for more conventional tasks.

“After you have learned how to dowse, you can use it in your everyday life,” Grace said.

Some branches of dowsing focus on health, well-being and allergies.

“If you want to know if a food is bad for you, you can place it in front of you and ask ‘Is this food bad for me?’ and see if the pendulum swings towards it,” Grace said.

With claims like this, it is not hard to see why some people may be cynical; Richard Dawkins has rejected it as “delusional”.

But an upbeat Grace welcomes such attitudes.

She admits at first, she struggled to get into the practice.

What convinced her? “I convinced myself,” she said.

Grace said she has had some success, mainly with lost objects around her house, which she locates using a pendulum.

But she does admit that while anyone can dowse, it is a skill which comes with experience.

According to Grace, most of the Cardiff and District Dowsers are open-minded and many of them are interested in other aspects of spirituality.

They meet up twice a month for practicals in sites of high energy, such as St Lythans in the Vale of Glamorgan, but also for talks and lectures on topics which can help them with dowsing, such as crystals or angels.

But she warns those new to dowsing should not expect immediate results.

“It helps if you have an experienced dowser with you,” she said.

“But once you become experienced, you can do it in your own back yard with a coat hanger!” 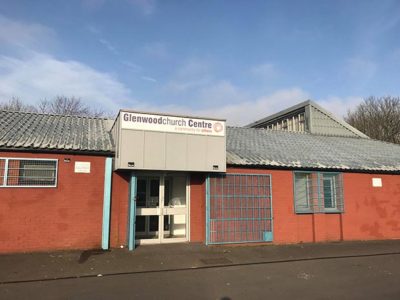