The Cardiffian talks to author and historian Norena Shopland about the continuing struggle for equality for LGBT people in Wales.

Next week marks a milestone for the LGBT community with same-sex couples being able to marry for the first time from Saturday March 29.

This marks the movement’s most significant victory since the successful abolition of section 28 of the Local Government Act in 2003, which banned the promotion of homosexuality in schools of and the “acceptability of homosexuality as a pretended family relationship”.

But for Norena Shopland, Project Manager for Pride Cymru, one of Cardiff’s leading LGBT charities, the struggle for equality is far from over: “My greatest desire is to be out of work. That’s my position.

“I don’t see it happening soon.”

An author, historian and one of Wales’ most high profile LGBT activists, Norena has worked intensively over the last three years to set up the country’s fledgling history month held this February and to improve the provision of services to young LGBT people.

“It’s a hard time for people questioning their sexual orientation or gender identity.

“You get a lot of young people struggling to grow up and then throwing into the mix questions about their sexual identity.”

Young LGBT people face a particularly tough time in Cardiff, with few youth groups or safe spaces where they can meet others of the same age.

Part of the problem, Norena says, is that young people can receive homophobic bullying at school from the same people who use the same community centres and youth clubs: “You get quite a lot of LGBT youths who won’t go to a youth group because they can’t be open about themselves.”

This isolation has had a profound affect on how LGBT people interact with others.

Norena said: “A lot of young people in order to meet others will go to the bars, will then need alcohol to boost their confidence and then will get caught in this cycle of substance abuse and possible sexual exploitation.”

A recent survey by Stonewall of 6,861 gay and bisexual men including 430 from Wales found higher rates of depression, self harm and substance abuse than among the straight community.

But is clear this worrying trend is only the tip of the iceberg, and Pride Cymru, in partnership with New Link Wales, are currently conducting further studies.

“The lack of knowledge is a problem.” Norena said.

She added: “Funding of LGBT organisations and groups in Wales have historically been difficult, and as the unprecedented cuts to the public sector in Wales continues the bite the situation has become increasingly difficult.”

Other LGBT groups do emerge, but without adequate funding, many close within a few years of launching.

But it has been a challenge, and despite recent successes, Wales’s education system is proving to be a particularly tough nut to crack.

“A number of schools claim they had no bullying in their schools whatsoever. This simply isn’t true.”

The only way to cope with the problem, Norena says, is to improve the recording of bullying, and to get service providers on national forums.

Despite these challenges, Norena is phlegmatic about the uphill struggle Pride Cymru and its partners face.

“We still have a huge problem in this country. You can pass all the laws that you like but unless you reach the hearts of the people things won’t change.”

gay rights, LGBT, Pride, Stonewall
You may also like 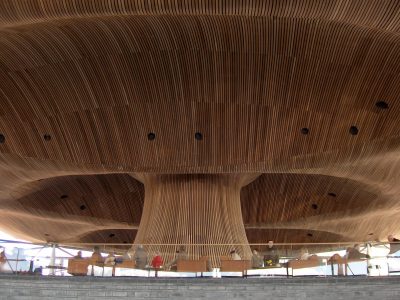