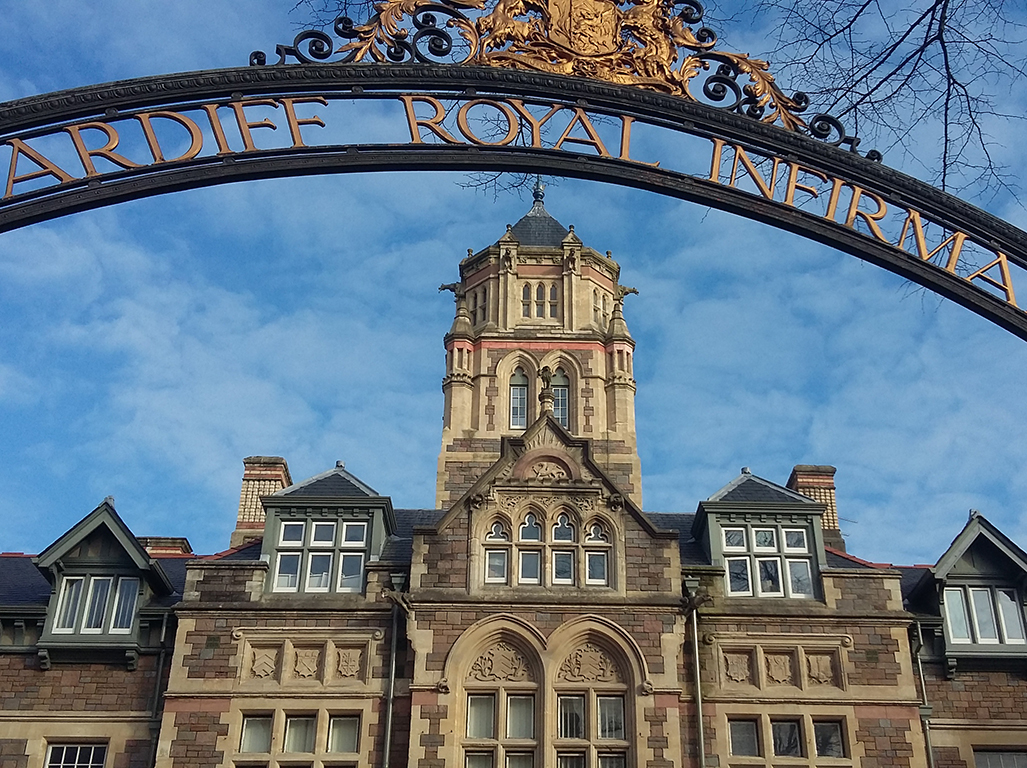 CARDIFF Council have announced plans to revive library services in Adamsdown at a new site, two years after the closure of Roath Library left the area without the service.

At their latest meeting, Cardiff Council’s cabinet agreed to a consultation into plans to house a new library for the area in a disused chapel at the Cardiff Royal Infirmary.

The council plan to work with the Cardiff and Vale University Health Board to accommodate a full library, and 13 PCs, as well as a cafe and information drop-in centre.

There are also plans for meeting rooms in the building and to host reading groups for children and computer classes. The chapel at the Cardiff Royal Infirmary which is currently used as a store room but could soon be a library and information hub.

Speaking at the meeting, Peter Bradbury, cabinet member for Community Development, Co-operatives & Social Enterprise, said: “There has been a long and arduous road to this point, but I believe we have a really positive report in front of us.

“The CRI is a huge untapped resource for that area of the city. We are looking to try to get more PCs and more books in than we could in Roath Library.”

But Councillor Elizabeth Clark, leader of the Liberal Democrat opposition raised concerns over the size of the chapel, which at 209 sq m is smaller than the 370 sq m Roath Library, and how it this would affect the number of books available.

Coun Bradbury was unable to make firm promises about the number of books available or the layout of the library before the consultation, but said: “We are seeing this as the early phase of a multi-purpose hub on the site, similar to what we have in our hubs at the moment, and it would be considerably bigger than the library.”

Cardiff Council’s proposals for the chapel are part of a greater plan by Cardiff and Vale UHB to transform the CRI into one of three Health and Wellbeing centres across the region.

Geoff Walsh, the UHB’s Director of Capital, Estates and Facilities said: “The plan to convert the former Chapel at the Cardiff Royal Infirmary into a Café and Information Centre has always been part of the phased UHB plan and business case.

“When Cardiff City Council identified a need to provide a library for the community it was logical to also consider utilising the chapel as part of the plan. This is an example of the UHB and Cardiff Council working in partnership to provide improved community facilities.”

The proposals have been met with cautious optimism from the anti-austerity campaign group Cardiff People’s Assembly who helped to set up the Save Roath Library campaign in 2015. The old Roath Library building, which closed in 2015 due to a broken boiler.

Adam Johannes from Cardiff People’s Assembly said: “We are very concerned that there has been no clear information given whatsoever by Cardiff Council around the CRI proposal, crucially on whether the number of books and paid trained staff will be the same as Roath Library previously provided.”

He added that it would be a “travesty” to offer one of the poorest areas in Cardiff a replacement that represented a cut to library provision.

“Nevertheless it is clear that campaigning works. Originally the council were simply going to quickly sell off the building on the cheap and provide nothing to replace it.”

But Adamsdown residents are optimistic about plans for the proposed new library.

Albert Wilkins, a pensioner from Eclipse Street, said: “I am sure if you go all around this area people will say they never wanted old Roath Library to close.

“I think a new library at the infirmary would be a good idea. I used to use the library all the time, and would definitely support a new one.”

Jackie Sheridan, 54, of Nora Street said: “I didn’t use the old library, but I do use the Infirmary facilities.

“I think that it’s a good idea, and it will give a lot of people who live locally, especially those with disabilities, a much easier journey to a library.”

She added: “We currently have to travel quite far for a lot facilities, so if the council goes ahead with this, and puts other services in the building, it would be great.”

Roath Library closed in 2015 due to a broken boiler and the uncertainty about its future caused anger among library users. Some of the temporary library shelves currently housed in the Cardiff Royal Infirmary.

While the library was closed a temporary library service was placed in the CRI, which still operates today.

Cardiff Council now plans to advertise the old Roath Library building for transfer to a community group who will provide a beneficial service to the area.

The consultation on plans to move the library service to the CRI will begin later this month.

The show must go on: Cardiff Street Orchestra in lockdown
About Post Author