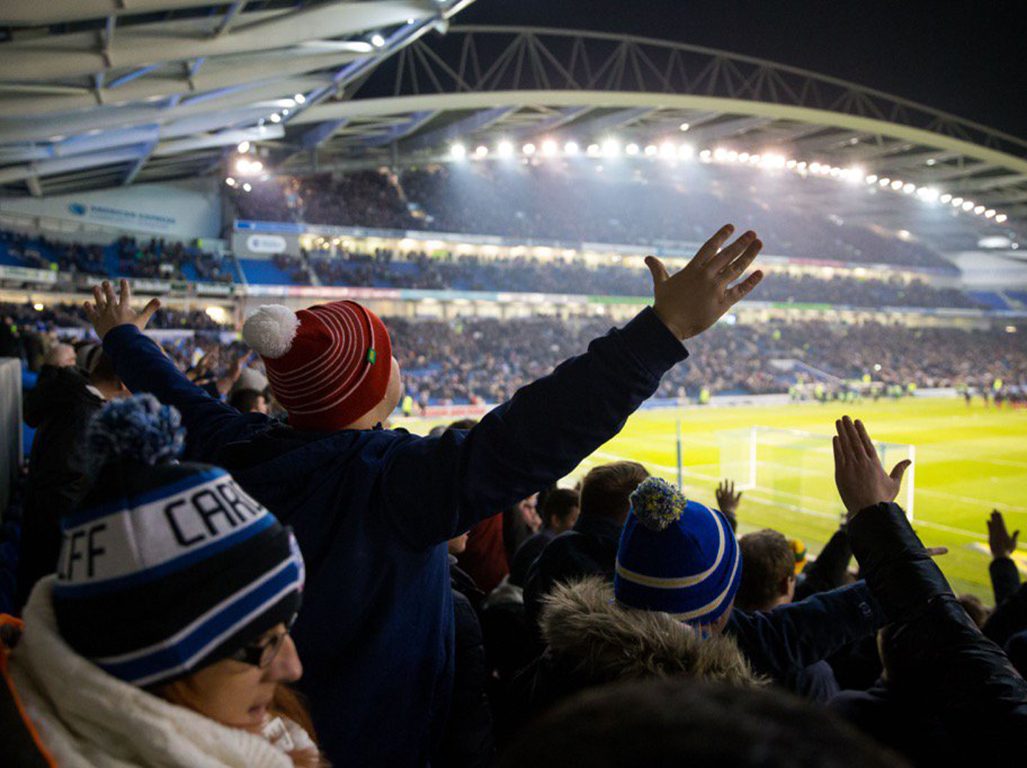 CARDIFF City’s flying start to 2017 hit turbulence on the south coast as they conceded late on to Brighton who claimed back the top spot. Cardiff fans made the long journey to Brighton to cheer on their side (Credit: Sky Bet)

Until that point on Tuesday Bluebirds had been playing like a classic Neil Warnock side. Cardiff were not playing the prettiest football but they were slowly becoming a team which were very difficult to beat.

Defeat at the Amex Arena against Brighton was Cardiff’s first league game without victory in 2017. Despite falling to a 1-0 defeat the Bluebirds had the best chances of the game, but Brighton’s shot-stopper David Stockdale was on hand once again this season to keep the home side in the game.

Before that, a 3-2 victory over local rivals Bristol City, sandwiched by 1-0 wins at home to Aston Villa and Burton Albion, saw the Bluebirds climb away from the relegation zone.

Another strong defensive performance against the Seagulls was not enough for Cardiff last Tuesday, but to only concede one goal away to the league leaders would have been some consolation to Warnock.

Things will not get easier anytime soon for the Bluebirds. Five of Cardiff’s next six fixtures are against teams in play-offs and contention will include tomorrow’s away trip to fourth-place Reading. Although the fixtures look difficult on the surface, if Cardiff continues to defend how they have in 2017 they will pick up points from these fixtures.

The biggest concern at the moment for Bluebirds fans is the lack of firepower up front. Kenneth Zohore has improved dramatically in recent weeks but has failed to find the back of the net on many occasions.

Similarly, Anthony Pilkington has not contributed enough goals from his position this season, although his brace in the Severnside derby will live long in the memories of Cardiff fans.

To add to Cardiff’s troubles, Warnock has said since the Brighton game Cardiff are unlikely to sign any strikers before the January transfer window closes and they will have to wait until the summer to do so.