Home > Where You Live > Llandaff > Gymnastic fantastic: Welsh schools through to British finals 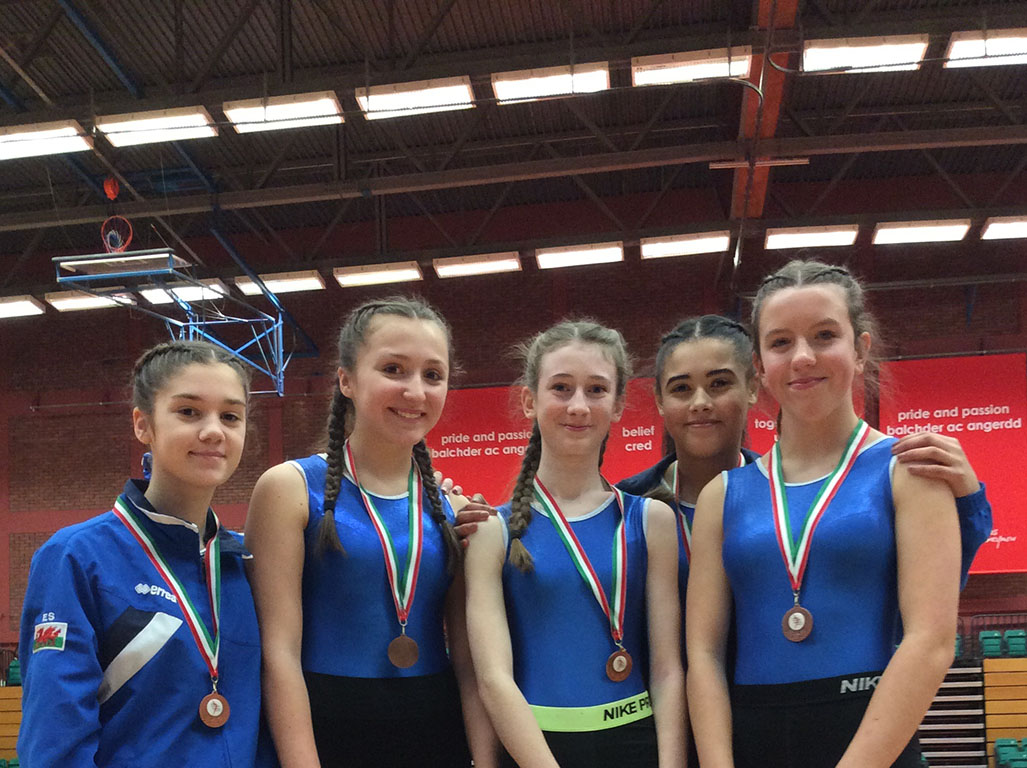 THREE Cardiff schools are on their way to the British schools gymnastic finals, after cleaning up the top trophies in the Welsh competition over the weekend.

Bishop of Llandaff High School, Ysgol y Wern Primary School and Corpus Christi High School competed in three events to become the best in Wales. They are now in the running for the top spot in the British finals being held later this year. The best teams from schools across Britain will compete in Stoke-On-Trent for the ultimate title.

Both schools had nearly all their teams get to the final in both the Milano and Floor and Vault categories.

The Bishop of Llandaff teams took first place in the Milano Under 14s trio category and Under 14s mixed team floor and vault, with two teams taking second place and one team coming third.

Ysgol y Wern, however, won every category they entered – the Under 11s girls floor and vault and the girls and mixed trio routine.

Both schools have gone through to the finals before but neither has won the top prize.

Sports teacher and gymnastics coach for both schools, Michelle Griffiths, said: “I am pretty confident we’ll hold our own at the competition.

“This is a fantastic achievement, the students work tirelessly in the gym two nights and two lunchtimes a week. It has been their commitment, enthusiasm and working so hard that has got them here, they have put in a huge amount of time and effort. They deserve all the success they get.”

Lucy Maidment, of the Bishop of Llandaff team, is following in the footsteps of her great-grandfather, the famous gymnast Walter Maidment. She took part in the Under 14s floor and vault and Under 16s Trio. Walter Maidment MBE was coach of the 1960 Olympic gymnastics team, founder of Cardiff Olympic Gymnastics and winner of the Queen’s Award for Services to Gymnastics.

The two schools are also through to the finals of the Urdd gymnastics competition to be held in Aberystwyth later this month. It is the first year they have entered the tournament.

Headteacher of Ysgol y Wern Primary School, Moira Kellaway, said: “They have been working together as a team, they have really taken to it. It is an approach to physical education that has really flourished here and taken root.”

Corpus Christi High School who competed two weeks ago were also fortunate to get their Under 14s girls team through to the British finals to represent Wales in the Milano and the Floor and Vault.