Hate cannot Trump hate – debate not violence is the answer 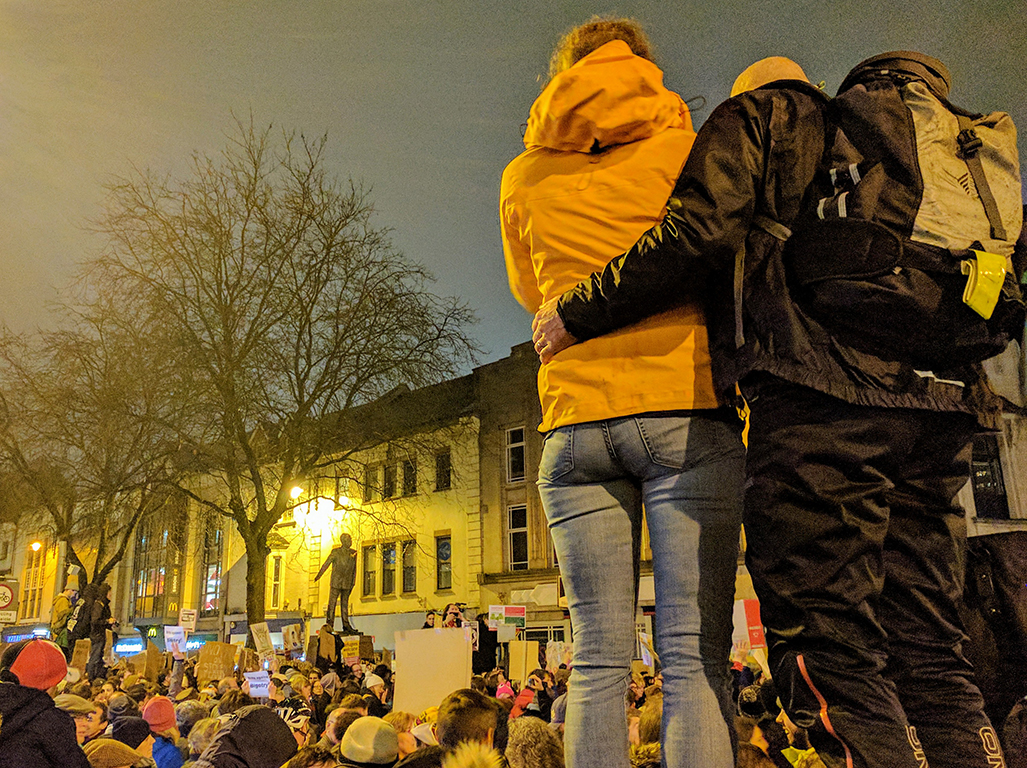 IT’S been two weeks since the Trump inauguration. Fourteen days of worry, distraction and accusations as the world collectively held its breath.

A fortnight of “alternative facts”, executive orders and cringeworthy Prime Ministers. One half-month of botched raids and telephone tantrums as the leader of the free world flexed his muscles by publicly advocating torture.

As the world breathes out, an overwhelming sense of unease remains. I attended Cardiff’s Muslim ban protest on Monday and, though inspiring, truthfully it scared me. Alongside the obvious fear of nonsensical, dangerous policies came a slow-burning, creeping fear that hit me harder than all of the others combined. The fear of becoming what we despise.

I spent most of the night wrapped in a quiet glow of pride as I watched the people of Cardiff join together. I saw children, teenagers, adults and the elderly join together in song. I photographed witty signs and watched chanting loved-ones hold each other. There was a real sense of real togetherness and fraternity. That even in such company exist those who believe violence is the answer is heartbreaking.

Hurling abuse and attacking people for expressing their opinions is unforgivable, from either side of any argument. No-one wins an argument that ends in violence. More than ever, now is the time to listen. We need to listen to the people we disagree with. We need to engage with Trump supporters in a reasoned discussion. We need to change their minds.

The answer to the two Trump supporters causing trouble in the Rummer Tavern, or the two Muslim students with pro-Trump posters conducting a risky social experiment outside Cardiff castle, cannot be to rip away their hats, their signs or their opinions.

Cardiffian journalists aside, I’d be interested to know the number of protesters who actually spoke to these conspicuous few, beyond shouting insults from across the street.

You’d be forgiven for thinking that it couldn’t get much worse. That President Trump was throwing his core support some choice cuts of blood red steak before getting down to the day-to-day business sensible leadership.

But it can get worse. If this is the beginning, then we have a choice of paths to the end. Reasoned discussion and solidarity will beat violence and thuggery. The alternative is too frightening to imagine.

The creeping lava of the Trump and Bannon agenda is on the move, and it’s important to be afraid. Be afraid of the obvious. Fight the Muslim ban, the CIA black sites and the growing rise of populist nationalism. But fear too becoming what you want to defeat.

The answer isn’t to counter hate with hate. If the last two weeks are anything to go by, the next four years will be hard enough.