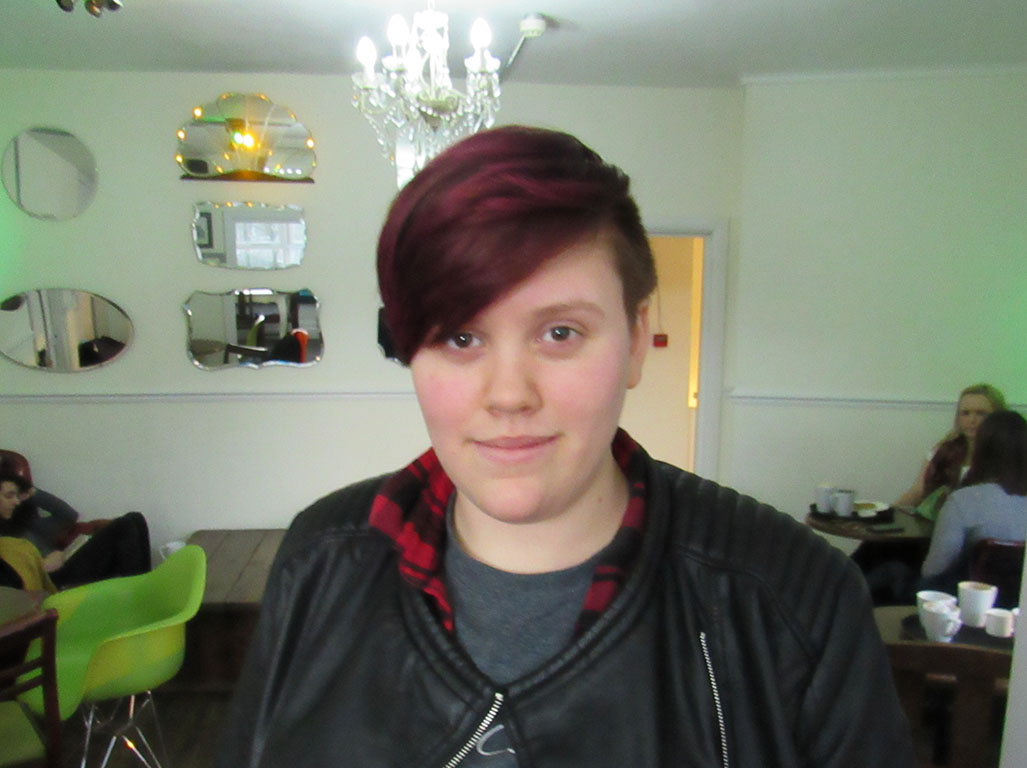 Protesters filled the length of Queen Street as they marched from the Aneurin Bevan statue to the bottom of the street.

ON Monday evening, thousands gathered under the Cardiff statue of Aneurin Bevan to protest at Theresa May’s failure to denounce Donald Trump’s executive order banning people from travelling to the US from seven Muslim-majority countries.

And the woman who drew them to Queen Street was Ash Cox, a first-year history student who holds dual American and British citizenship. Ash, 18, was born in England, but has lived in Singapore, Sweden and Cardiff, travelling the world with her father, an economic journalist for Reuters news.

Ash said: “I saw Owen Jones on Twitter talking about how Theresa May was going to be in Cardiff on Monday and that he was organising a protest and I thought: ‘Well, why don’t we have one here? Is there anything on Facebook yet?’

“And from that it kind of turned into a whole thing. It was very unintentional.”

The Facebook event snowballed from a few hundred declared attendees on Sunday morning to more than 2,000 by Monday afternoon. The scale of the event took Ash by surprise and she found herself having to liaise with the police, the media and campaign groups who wanted to get involved.

The demonstration mirrored other events organised in towns and cities across the UK, and Ash sees this as a major contributor to its success.

“It ballooned. I think partially that was because Owen Jones tweeted a link to it and then people started compiling lists of where you could go in the UK for a protest or demonstration.

“You see them in the States as well. It’s such an interesting thing to happen that people curate these lists of where you can go if you want to protest.”

Ash spent much of her childhood living in Singapore, an experience she feels influenced her political beliefs.

“We moved there for my father’s work. I went to an international school there and my mother was involved with LGBT activism there. It’s not very commonly known I don’t think, but it is still officially illegal to be gay in Singapore. They don’t have the best track record on LGBT rights.

“It’s weird to go from a culture of censorship almost to a culture where on Facebook, in two days, I can create an event and post it in a couple of groups. I would have been amazed if a hundred people had turned up but then instead I got huge crowds.”

As someone who has lived in several different countries, Ash empathises with displaced people living in the UK and the US today.

“I have been in the position of being an immigrant. You’re outside of a community, in a way, and it’s a strange experience. Especially being an ethnic minority in a new country can be a really terrifying and horrible experience.

“So I think there needs to be more of a way to show our solidarity and show that they are welcome here and that we do want them and appreciate their contributions to the nation.”

Ash plans to carry on with her activism, although she’s hesitant about organising something as big as the Cardiff demonstration again.

“I will definitely be more involved in local activism, I have been involved in it mildly in the past. But I don’t know if it will be quite on the same scale as this because this was a draining experience.”