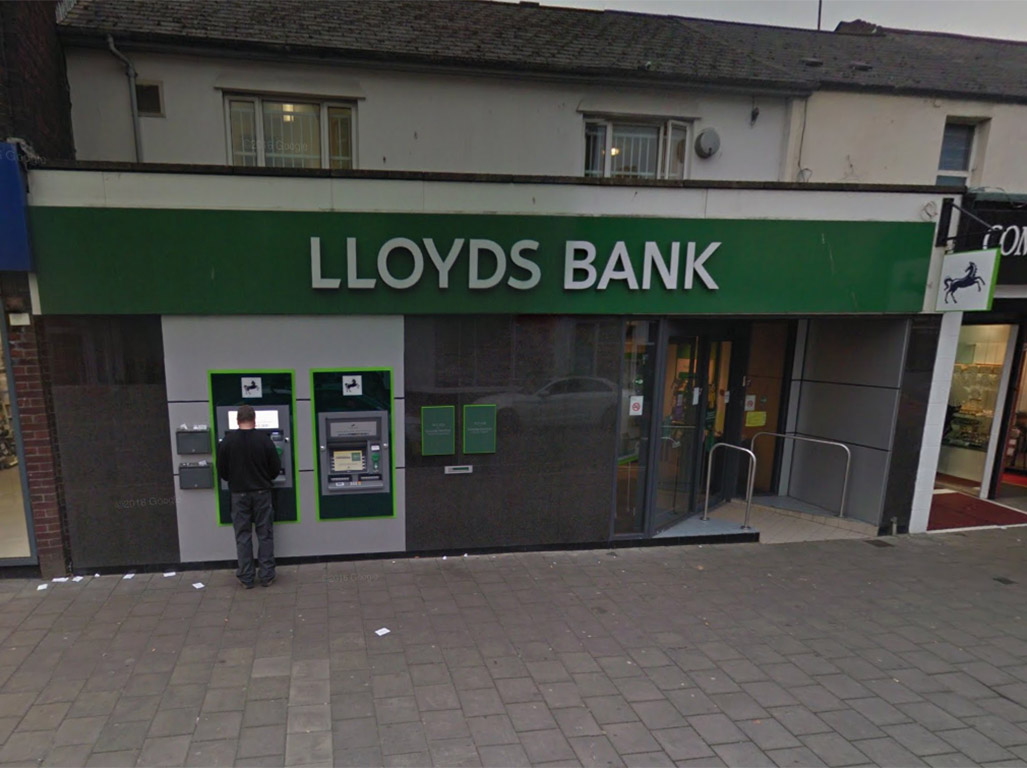 A REWARD of £25,000 is being offered to help catch the knifeman who robbed a bank in Canton.

A man walked into the Lloyds branch on Cowbridge Road East at about 3.45pm yesterday holding a knife. He threatened staff, telling them to give him money.

He left with cash and turned right from the bank along Picton Place.

The man is described as white, approximately 5ft 10, slim and in his early 30s. He was clean shaven and spoke with a Cardiff accent.

He was wearing a dark parka with a fur-lined hood, possibly over a white hoodie with dark jogging bottoms, white underwear with black writing and bright white trainers with large tongues.

Detective Inspection Lloyd Williams said: “The suspect was dressed quite distinctively so we believe people will have seen him before and after the incident in Canton or the surrounding area, or somebody who does know him may link him by the clothing.

“We also understand that Lloyds TSB has put up a generous reward of £25,000 for information that leads to a conviction which is an extra incentive for that person who knows something to come forward. We want to hear from you.”

canton, cardiff, Lloyds Bank, robbery
You may also like