Six Nations Team of the Tournament so far 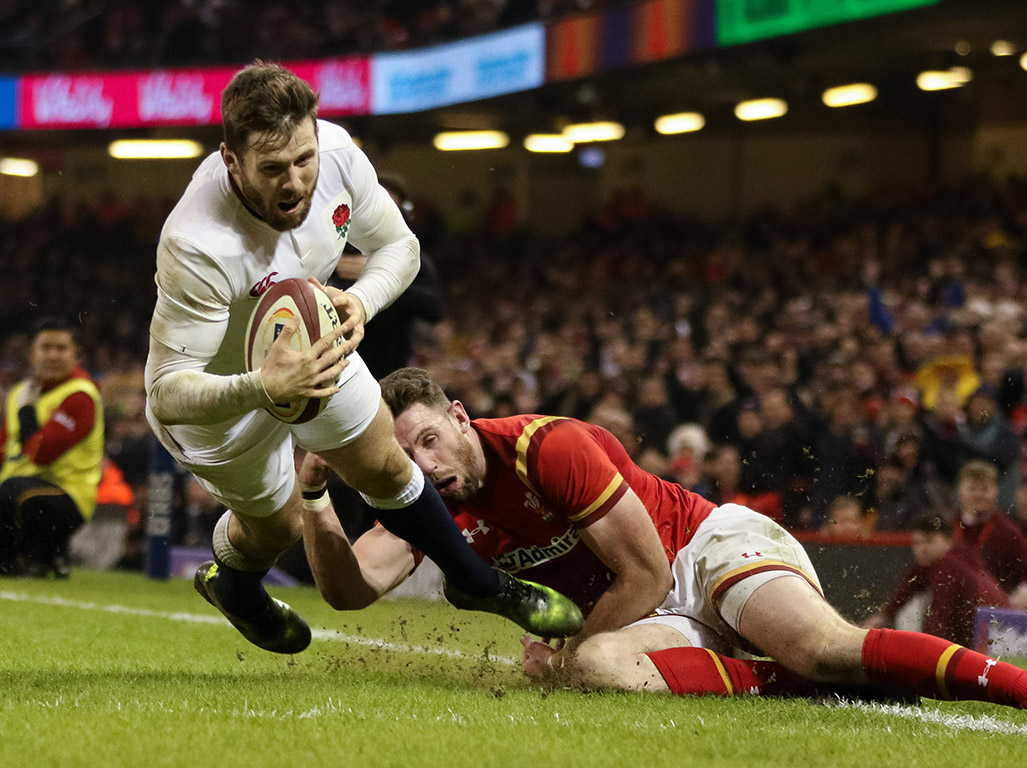 AFTER two weeks of fabulous rugby, the Six Nations takes a break this weekend in order to allow the teams to regroup following a frantic opening.

Defending champions England are the only team to have opened with two wins, but Ireland, Scotland, France and Wales are all on their tail after some excellent performances in the early rounds.

With a Lions tour on the horizon as an added caveat to the home nations stars, The Cardiffian takes a look at the team of the tournament so far. What else can be said about Stuart Hogg?

The Glasgow full-back is the joint top scorer in the competition with three tries and is arguably the stand out attacker in the northern hemisphere.

He made his 50th cap in the defeat to France and is a nailed on Lions starter at 15.

Although Scotland’s other winger, Tommy Seymour, was in better form going into the tournament, Maitland gets the nod in the team of the tournament thanks to his excellent defence.

A pair of crucial tackles saved two tries in the tightly fought win over Ireland and he backed this up with a good performance against France.

Playing at inside centre for France but equally capable on the outside, Gael Fickou is starting to live up to the promise he showed as a teenager when he broke through three years ago.

Fickou has formed a good partnership with Remi Lamerat in the midfield and he has managed to showcase his considerable skill level in the tournament. His try against Scotland was a perfect example of the strength and speed of the 22-year-old.

Probably the back of the tournament so far.

England have not been at their fluid best yet, but Farrell has shone thanks to his clever passing, strong defence and serene goalkicking.

The pass he threw to Elliot Daly for the winning try against Wales was inch perfect and without him, England’s Grand Slam dreams may already be over. It looked as if Daly may have blown his chance on the wing for England after an autumn red card, but Eddie Jones has kept his faith in the Wasps man and been repaid handsomely.

He displayed good hands to flick a pass to Mike Brown in the build up to the opening try against Wales, while showing genuine pace late in the game to outstrip Alex Cuthbert for the winner. His defence has also been much improved too.

A freak missed conversion aside, Finn Russell has continued his fine club form into the Six Nations with a pair of good performances.

Challenged with unleashing Scotland’s fearsome backs, Russell has been excellent so far. He has kept things simple, keeping things ticking over and allowing the likes of Hogg, Dunbar and Seymour to shine.

22-year-old Baptiste Serin only made his France debut last summer, but he has already made a huge impact for Les Blues.

His laissez-faire attitude to tackling and occasionally unnecessary showboating truly encapsulates what French rugby should be about – flair.

He is also a fabulous rugby player.

The giant France back row Louis Picamoles has almost single handedly tried to barge his way through defences so far this tournament, with a great deal of success.

The Northampton number eight made 122 metres against England and 73 against Scotland, giving him some of the most impressive carrying stats in the tournament so far. His grunt and power is vital to this new-look France.

Tipuric may not have reached his best in open play in Wales’ opening two matches, but his work at the breakdown has been nothing short of brilliant to date.

Wales have dominated both England and Italy in the back-row battle so far, and Tipuric’s presence in and around the breakdown has been vital in securing several turnovers for his team.

He may have been quiet, but Tipuric’s got through a lot of dirty work.

Edging out the powerful Ireland flanker CJ Stander at blindside is Sam Warburton who has been reinvigorated by relinquishing the captaincy to Alun Wyn Jones.

Like Tipuric, Warburton has been superb at the breakdown in a back row which has exceptional balance. His selfless work off the ball making supporting runs was also crucial in allowing George North to score his 60 metre solo try against Italy.

With each passing week the decision to give the Wales captaincy to Alun Wyn Jones looks more and more impressive.

Warburton has thrown off the shackles of captaincy but Jones has picked them up with gusto, elevating his inspiring performances to an even higher level as he tries to guide Wales back to the top.

An English injury crisis which has seen George Kruis out of the team and Maro Itoje shifted to the back row has given Joe Launchbury the chance to reestablish himself in the team and it’s a chance he has taken with aplomb.

Launchbury made 20 tackles against Wales, repelling several fierce attacking forays from the opposition pack. In this form, it will be hard for Kruis to displace him when fit again.

Ireland have had a significant advantage in the scrum during their first two matches, and much of their success has been down to their 19-stone loosehead Tadgh Furlong.

The Leinster man only has 13 caps for his country to date, but he is quickly becoming an indispensable force in the front row. A strong ball carrier to boot, he is the outstanding prop of the tournament so far.

After taking the national captaincy a year ago when France were at their lowest ebb, Guirado is now leading a resurgence from the front row with significant grunt.

France destroyed Scotland’s front row in the win in Paris, securing the win through sheer power rather than the flowing rugby which Serin and Fickou are capable of, and Guirado has been leading that charge right from the front.

Although Marler may be displaced by Mako Vunipola in the number one jersey in two weeks time, the Harlequins tighthead deserves a lot of credit for his campaign.

Marler has not only played in England’s opening two matches, but he has also impressed in a strong front row which is as strong as any in the tournament. All of this after breaking his leg just a month ago makes Marler’s performance even more impressive.