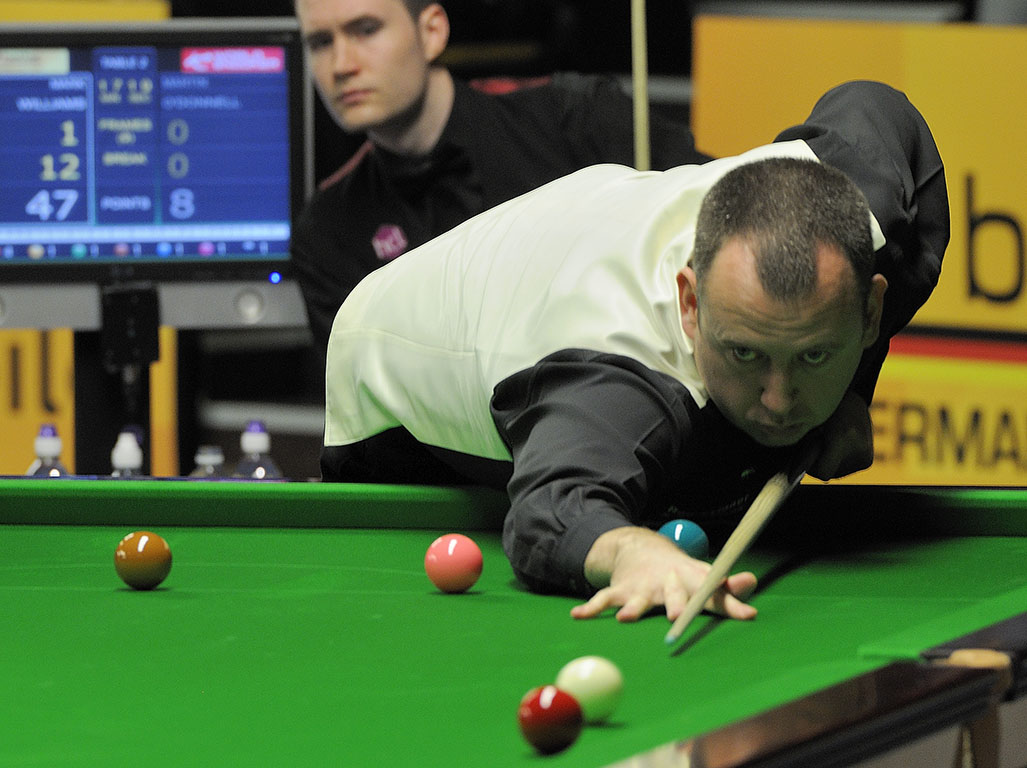 WALES’ home favourite Mark Williams has crashed out of snooker’s Welsh Open after losing to world number 115 Elliot Slessor in the first round.

A two-time winner of the event, Williams recovered from 1-3 down to level the tie before slumping to a disappointing 3-4 defeat against his 22-year-old opponent on Tuesday night.

“I’m a shadow of the player I used to be and that’s why I put in a performance like that — I’m just not that good anymore,” said Williams, 41, from Cwm, who won snooker’s world championship in 2000 and 2003. Mark Williams lost 4-3 in the first round of the Welsh Open.

“Losing in the Welsh Open doesn’t make any difference — if you play like that in any tournament it’s annoying,” he said.

Besides Williams, there were seven other Welsh players in action during the second day of play at Cardiff’s Motorpoint Arena.

In the first of two all-Welsh clashes, Neath’s Michael White came out on top against 23-year-old Duane Jones from Mountain Ash.

“It didn’t feel like a 4-1 match. My game wasn’t quite there today but I showed bottle when I had to make pots,” said White, 25, who is ranked 23rd in the world.

Birthday boy Jamie Jones triumphed over Llanelli amateur Tyler Rees in the other Welsh derby. Jones, 29, from Neath, secured a 4-1 win against his 18-year-old opponent.

Elsewhere, there were first round defeats for Bridgend players David John and Daniel Wells.

John fell 2-4 to Mark King, winner of the Northern Ireland Open, while Wells bowed out 1-4 to Chinese 16-year-old Yan Bingtao.

Wells was full of praise for his young conqueror: “In open play, he didn’t miss a ball. He’s going to be very special and I’d be very surprised if he doesn’t win the world championship one day.”

North Wales’ Gareth Allen fared slightly than the Bridgend players but he too fell at the first hurdle, losing 3-4 to Wang Yuchen of China.

“I got an unlucky flick in the decider and things went downhill from there. That’s another £2,500 down the drain,” said Allen, referring to the cash prize for a first round victory.

At the end of the first round, six Welsh players remain in the tournament, including 15-year-old Jackson Page from Ebbw Vale.