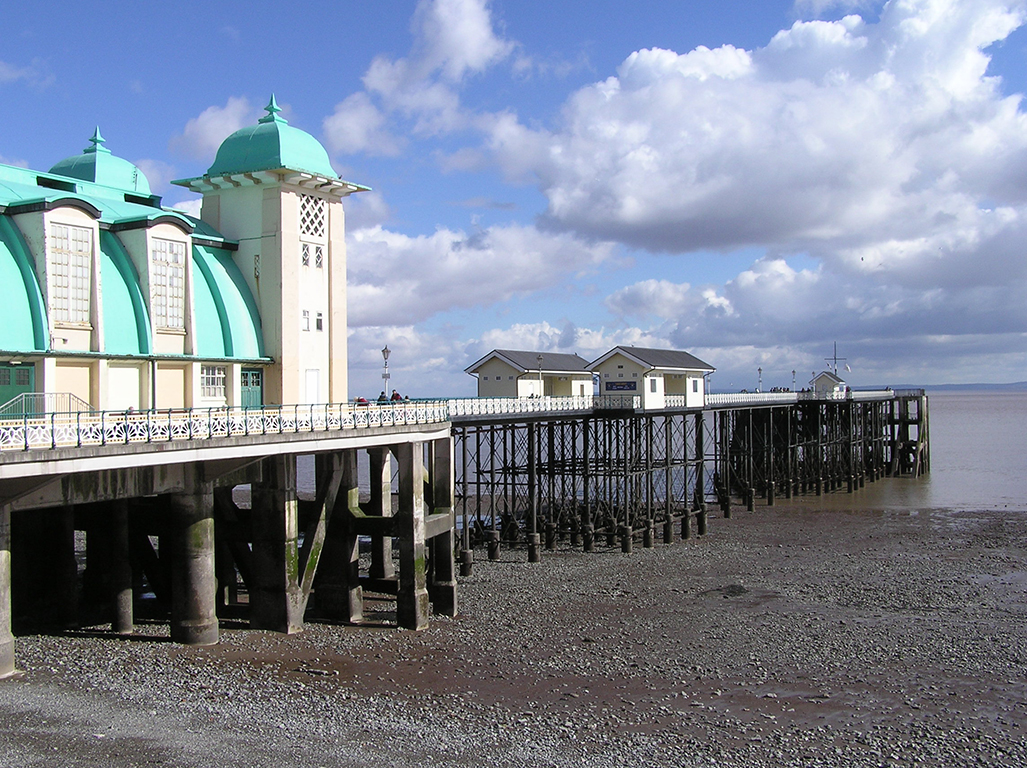 THE temporary closure of the cinema at Penarth Pier Pavilion has sparked concern over the future of the town’s treasured attraction.

Penarth Arts and Craft Limited (PACL), the charity which runs the pavilion, announced last week that the cinema would be closed for the summer season. It also revealed that the building would no longer be open from Monday to Wednesday.

The pavilion underwent a £4m renovation in 2013 which was funded by the National Lottery as well as the Welsh Government, Vale of Glamorgan Council and Coastal Communities fund.

Yesterday, by the time the pavilion’s 70-seat cinema officially closed until the autumn, more than 1,300 people had signed an online petition to reverse the decision. The front of Penarth Pier Pavilion. There is no indication at the front that there’s a cinema inside.

The petition was started by Penarth resident Andrew Jones, a regular user of the cinema who is concerned over PACL’s management of the pavilion.

“The one thing they have done right is the cinema. You can tell people there make a choice to come here,” Mr Jones said.

“The only other cinema is in Cardiff. Since I live in Penarth this is the only cinema nearby.

“They say it’s going to re-open in the autumn but I don’t think anyone believes that. Most people have no faith in the organisation.”

Mr Jones also argued that the cinema and pavilion in general are not being advertised enough.

PACL’s most recent financial statements show that only £60 was spent on the Pavilion’s marketing and publicity in 2015, down from £4,427 in the previous year.

“£60 is pathetic. I know people in Penarth who don’t know the cinema is there,” he said.

“It’s probably the only cinema in the country where they don’t show the film showings outside.”

Other residents also agree that the pavilion wasn’t being marketed effectively.

“I love the pier, I come down to fish now and then, but you never see it advertised,” said Paddy Thomas, 70.

Another resident, who wished to remain anonymous, said: “It’s a wonder that the pavilion survives.” Penarth Pier has a long history in the town.

In a statement on their website, PACL stated that the decision behind the temporary closure of the cinema was in response to low attendances during the spring and summer months.

“The seasonal nature of the pavilion is reflected in attendances at the cinema but in a different way,” the statement reads.

“Cinema going reduces significantly during the spring and summer months to such an extent that, for 2017, we have decided that the best use of our resources during this period is to concentrate on increasing activities in the pavilion.”

Lis Burnett, Deputy Leader of the Vale of Glamorgan Council, acknowledged that the pavilion was going through a difficult period however.

“PACL is an independent third sector organisation which successfully renovated a much-loved Penarth Building. It has also run the pavilion for the past four years. Many such organisations are facing challenges at the moment,” Coun Burnett said.

“It would be wonderful to think that the people of Penarth could rally behind them and help them through this difficult period.”

Also in response to the temporary closure of the cinema, Coun Philip Rapier of Saint Augustine’s ward has set up a campaign with the objective of restoring the control of the pier pavilion to the people of Penarth.

The Penarth Residents Pier Campaign will be holding their first meeting on Monday, March 20 at the Pilot Pub on Queen’s Road. All are welcome to attend the meeting and voice their opinions on the future of the pier pavilion.

Speaking on his own behalf and not for the council, Coun Rapier said the campaign was not about blame but investigation into the legalities surrounding the Pavilion.

“I did receive a fair amount of responses expressing great concern about the closure of the cinema,” Coun Rapier said.

“People are concerned and bewildered about the arts facility they were promised.”

At the same time, Andrew Jones plans to continue with the petition and hopes the decision to temporarily close the cinema will be reversed.

“I intend to keep this up. Hopefully we can get this sorted.”