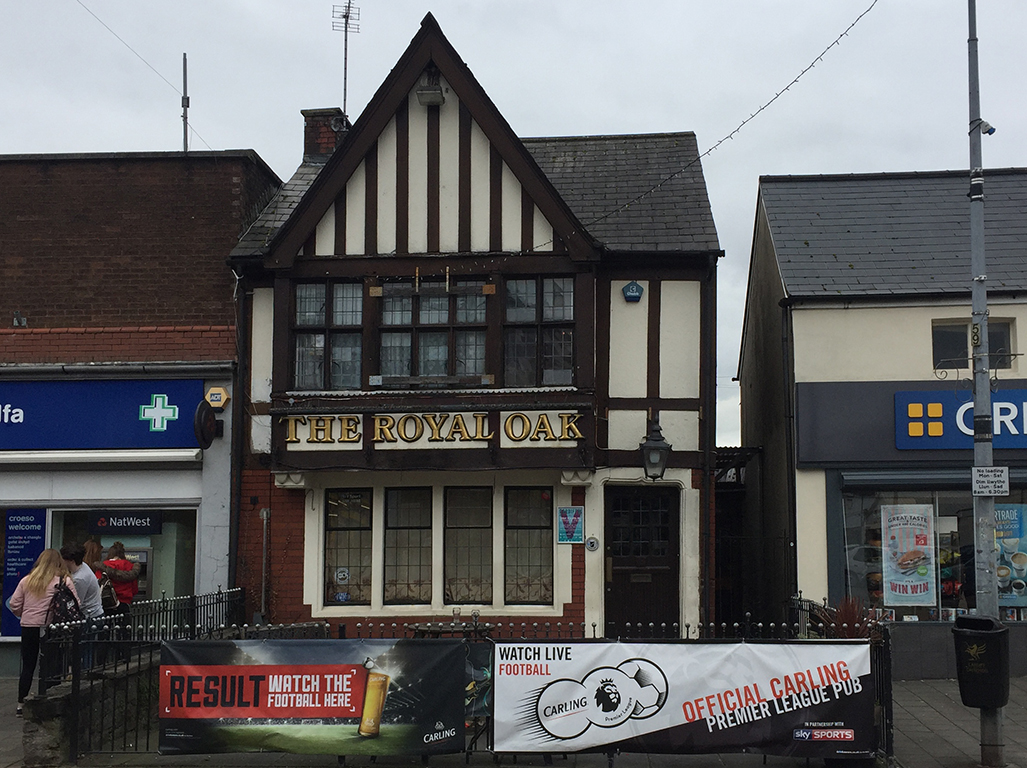 A PUB in Whitchurch has surprised residents by closing its doors at short notice after decades of pouring pints.

The Royal Oak, which had been run by the Griffiths family for 22 years, shut its doors on Sunday and has not re-opened since. The Royal Oak in Whitchurch closed this earlier this week.

Charles Bennett, from Blandon Way, Whitchurch, said: “All I know is it was open last Sunday and now it is closed.

“It has been owned by different companies over the years, but with the same people running it. My son used to drink there five nights a week.”

In a post on Facebook with over 70 shares and hundreds of reactions, manager Maria Griffiths said: “Hi all, sorry about the sudden closure of the Oak.

“Unfortunately it was out of our control due to our landlords (Enterprise Inn). We would like to take the opportunity to thank each and every one of you for your loyalty and support for the past 22 years, thank you all for the most amazing memories we will all cherish.

Liz Perkins, 64, from The Philog, Whitchurch, was disappointed at the closure. She said: “It had a good clientele, I used to go there on a Friday night.

“It is a shame, you think ‘where will people go to drink now?’ They’ve been running it for years, it won’t be the same with new owners.”

Even residents who were not regulars at the Royal Oak were disappointed.

Liz Williams, 49, from Whitchurch, who works at the Principality Building Society next door said: “It will be a loss to the village.

“There are other places of course, but we have had people coming into the Principality who have been going for years. It is a drinking man’s pub, I’m not sure where they will go.”

“I don’t drink there myself, it’s just another pub gone. Used to be a lot of people in the garden in the sunshine, it was used quite a lot.”

A spokesperson from Ei (Enterprise Inns) Publican Partnerships said: “We are meeting with the publican to discuss the current situation in greater detail.

“However, we’d like to reassure the local community that we aim to have the pub re-open and trading as soon as possible.”